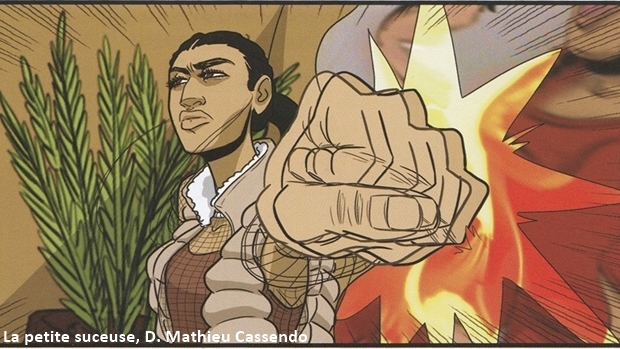 Inspired by the Black Lives Canada Syllabus, activist Robyn Maynard explores the past, present, and future of Black writing and resilience in Montreal.

As a Black activist and writer, I was grateful for the emergence of the Black Lives Canada Syllabus. This resource does more than identify places to find information on Black lives in Canada. Looking over the titles, generated through the hashtag #BlackLivesCDNSyllabus and assembled by Anthony Morgan and Huda Hassan, it becomes painfully obvious that Black writing and realities remain largely absent from mainstream Canadian society.

To write about Black lives in Canada is an attempt to insert oneself into a canon that largely erases or distorts our very existence. Beyond the liberation narrative of the Underground Railroad, Black history and the Canadian Black experience are too often sidelined, perhaps because Black writers’ denunciations of racism trouble popular conceptions of Canada as a land of multiculturalism and racial equality. Until recently, Black writing was largely excluded from mainstream Canadian publishing. Even so, despite a lack of public attention and resources, writers in Canada’s African diaspora have documented and celebrated Black resilience, pushed Canadian society to reckon with its own racism, and imagined transformative Black futures for the coming generations.

Montreal is often absent from national discussions about race and anti-Blackness, which tend to centre on Toronto and Halifax. This city, home to Black persons for over four hundred years, demonstrates little official recognition of the significant historical and literary contributions of Black writers and scholars. Despite organizing efforts by Black students, including a present-day push at Concordia University, there is no Black Studies program in Montreal, and less than one percent of full-time faculty at the two English universities are Black. Even the basics of Black Montreal history – such as slavery – are still absent or minimized in most school curriculums.

As in other Canadian cities, Black communities in Montreal have been subject to centuries of structural violence, including two centuries of enslavement, ongoing targeting by police, over-incarceration, and over-representation in child apprehensions by welfare agencies. These realities are inextricable from Black visions of past, present, and future Montreal, and continue to inform both non-fiction and creative writing.

What follows is not a comprehensive list, but a few pertinent titles, some easier to find than others, that introduce readers to Black realities and Black resilience in Montreal. In the spirit of a Black Lives Montreal Syllabus, I have chosen to feature all Black writers, and mostly non-fiction works, interspersed with a few creative and literary writings, all of which touch directly on Black politics in Montreal.

One of Montreal’s most identifiable landmarks, the Old Port shows little visible trace of Black life or death. But it is marked forever by Marie-Joseph Angélique, an enslaved Black woman, believed to have been responsible for burning much of Old Montreal in 1734 in an attempt to flee her mistress. She was tortured and publicly hanged for the alleged crime. Her incredible story, as told by Black Canadian scholar Afua Cooper in The Hanging of Angélique (2006), is set against the backdrop of an equally important and under-recognized history of enslavement in Montreal. This resuscitation of the ghost of Angélique still has ongoing resonance for Black Montrealers, such as poet Kaie Kellough, who writes in Maple Leaf Rag (2010), “from the vieux port at midnight, I flex forth and froth back as angélique’s ashes.” This history of slavery is also explored in detail by Montreal art historian Charmaine Nelson in Slavery, Geography and Empire in Nineteenth-Century Marine Landscapes of Montreal and Jamaica (2016), which makes visible the isolation and violence experienced by enslaved (and free) Black women and men in Montreal.

Angélique is not the only Black Montrealer whose resistance has been documented by Black writers. Montreal has long been a transnational hub of Black organizing – indeed, both of Malcolm X’s parents were involved in the pan-Africanist Garveyite movement in Montreal. There are a number of should-be classic works on the history of Black Montreal in the twentieth century worth seeking out. Dorothy Williams, born and raised in Little Burgundy, provides a thorough history of Black life and activism in The Road to Now: A History of Blacks in Montreal (1997). Williams writes that early twentieth-century Montreal was home to Caribbean, Black American, and continental African activists involved in the United Negro Improvement Association (UNIA), beginning a local tradition of Black radical politics with significant international connections. The organization of Canada’s first Black union for sleeping car porters in the 1940s serves as the backdrop for Mairuth Sarsfield’s novel No Crystal Stair (1997), the story of a widowed Black mother raising her children in Little Burgundy’s tight-knit Black community.

Dennis Forsythe’s Let the Niggers Burn! (1971) is an edited anthology of Montreal-based Black activists responding to the “Sir George Williams Affair.” The book was a response to the burning of now-Concordia University’s computer laboratory and the arrest and eventual deportation of many Black student activists. Unique because it captures a flashpoint in Montreal’s history, the collection explores the Black Power activism of the time. Its raw texts are unapologetic and harshly critical of the exploitation and subordination of Black lives in Montreal, as well as the hypocrisy of Canadian policy in the Caribbean. Although it overlooks Black women’s contributions to organizing around this incident, Forsythe’s collection nevertheless writes Black resistance into an era far better known for the conflict between English and French. More recently, Desiree Rochat’s booklet Caribbean Life in Quebec: A Pictorial History of the 60s, 70s and 80s (2014) recentres the important role of Black women in Montreal community organizing in the late twentieth century.

If Black writing matters, it is because Black lives, too, must matter: we can’t celebrate culture without also combatting systemic racial injustice.

The #BlackLivesMatter movement has brought Black lives marginalized by gender, religion, and sexuality to the forefront of a more public conversation on Blackness. Writing in less traditional formats, young, Black Montreal-based women have made important contributions toward this end. Blackness and queerness are explored through the Black fantastic in La petite suceuse (2016), by the highly talented writer and illustrator D. Mathieu Cassendo. This Afrofuturist graphic novel fuses issues of race and politics with vampires in a dystopian 2302 Laval. Somali Semantics (2015–), a thought-provoking zine written by Sumaya Ugas and Yasmin Abdulqadir, uses creative personal narratives to address racism, Islamophobia, and erasure. Their writing asserts agency against dominant depictions of what they call “sad East African girls,” and instead explores, to use their words, the “intersections between girlhood, blackness, and ‘authentic’ somalinimo” and “ruminations on sex, patriarchy, and the policing of women’s bodies thru culture, religion, etc.”

This list is far from comprehensive. For a more thorough list, including the works of critically acclaimed writers like Dany Laferrière, Marie-Célie Agnant, and others, I’ve compiled a Black Lives Matter Montreal Syllabus on my blog, dedicated to writing by and about Black Montreal.

It is important to celebrate the contributions of Black writers who have dared to interrupt dominant national narratives of inclusion and tolerance by writing the Black imagination into the past, present, and distant future of Montreal. Yet if Black writing matters, it is because Black lives, too, must matter: we can’t celebrate culture without also combatting systemic racial injustice, particularly as contemporary Black organizing continues to shift the realities of Black women and LGBTQI Black communities from margins to centre. Moving Black culture and Black genius out of the shadows is important. But it is also essential to support Black communities fighting to end the conditions constricting Black life and freedom in Montreal and across Canada.

Robyn Maynard is a Black writer, activist, and educator living in Montreal. Her first book, Policing Black Bodies, will be published by Fernwood Publishing in 2017. Her work can be found at www.robynmaynard.com.