A review of Exile Blues by Douglas Gary Freeman

Preston “Prez” Downs Jr., the protagonist of Exile Blues, is just six years old when his neighbour and friend Butch is shot to death by a white police officer. At the funeral, Prez looks at the still form of the twelve-year-old and tries to understand what’s happened and why: “If Butch was just sleeping, why was everyone crying and why were the men so angry?” A reader would need a very callous heart not to react with anger at the litany of racist acts of violence depicted in Douglas Gary Freeman’s first novel. By the time Prez turns thirteen, he’s seen the police shoot two more of his friends and had tragedy touch his own family. Washington, D.C. in the late 1950s is a dangerous place for Black men and boys.

Prez’s story is drawn from the author’s own experiences. In 1969, nineteen-year- old Freeman was stopped by a white Chicago police officer. When Freeman argued that the stop was unconstitutional, the officer, Terrence Knox, became extremely aggressive, shouting racist epithets. He pointed a gun at Freeman’s head. There was a struggle, and Knox was hit in the arm by three bullets. Freeman feared that he wouldn’t receive a fair trial in the city where, a year earlier, the white mayor had given shoot-to-kill orders to police responding to protests and riots in the wake of Martin Luther King Jr.’s assassination. After being indicted by a grand jury, the young African American fled to Canada and made a new life for himself in Toronto.

Exile Blues is told in short chapters of simple prose, most effectively in the vignettes of Prez as a young boy growing up in Washington. One can hear the cacophony of children playing on the street, feel the terror and excitement of a young boy’s first crush. Yet when Prez gets older and starts to display real leadership qualities – negotiating a truce between neighbourhood gangs and semi-reluctantly joining a local chapter of the nonviolent civil rights movement – the protagonist becomes more opaque. In college, Prez writes an essay about the intellectual and political development of his friends that secures him a scholarship to an academic community organizing program in Chicago. His professor says the essay, “nail[s] down the transition in their thinking with […] profundity,” but Prez’s own maturation is hidden from the reader, although his politics and personal character appear fully formed when the circumstances of the plot require it. 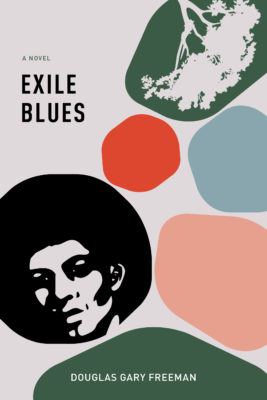 Freeman still manages to produce some dramatic moments. Particularly suspenseful is a confrontation with the police at a Chicago nightclub involving a charismatic young leader from the “Black People’s Party.” The character, who manages to broker peace between rival gangs and bring them into a nascent radical coalition, bears more than a little resemblance to Fred Hampton, the Illinois chairman of the Black Panther Party, who was killed by the Chicago Police in a joint FBI-Police raid in 1969.

Readers with some knowledge of the civil rights movement and Black radicalism in the sixties will appreciate these references, but Freeman often makes unnecessarily oblique references to real people and leaves out details that are key to history or to the novel’s plot. For example, the historic March on Washington for Jobs and Freedom led by Martin Luther King Jr., in which the characters take part, is never properly named. Holding back information can be an effective way to create suspense, but here the frequent omissions only muddle the narrative. The author’s choice to begin the novel at the end of the story and move back and forth in time similarly confuses things and robs the work of momentum. Sometimes starting at the beginning really is the best way to tell a story.

Despite its grounding in the Black freedom struggle and the racist state violence the movement experienced, Exile Blues is unlikely to satisfy readers of historical fiction looking for a novelization of the movement in late-sixties Chicago. In its best moments, the Bildungsroman captures the fragmented experience of memory recall, the project of piecing together the personal history of a young Black man who stood against a society that doesn’t value Black lives. mRb