A review of The Headless Man by Peter Dubé

“And I am curious about this catalogue of mine. I wonder at myself, and my capacity to long.”

The Headless Man is Montreal-based writer Peter Dubé’s twelfth book. His previous publications encompass novels, collections of short fiction, a novella, essays, three edited anthologies of gay and queer literature, and – like The Headless Man – a book-length prose poem. This pluralistic approach to form is mirrored in a polymath’s interest in the world. In Dubé’s own words, his work is “informed by surrealism, queer and ‘popular’ cultures, as well as a whole host of heretical and apocalyptic visions […] particularly at the points where imagination, desire and the body politic intersect.”

These themes thread through The Headless Man. The episodic prose poems chart the quest of the eponymous acephalic figure to satisfy his wish to understand the natural, urban, and eventually social-sexual world in which he finds himself born. His movement through the world is that of curious innocent, gaining understanding from sensory experience: “Instead of a retreat, he reaches out. He always does.”

The book is structured loosely in three movements. In the first, the Headless Man experiences his own birth and growing sensory connection with the natural world; in the second, he enters the machinery of state and city, experiencing unavoidable meshing with the social world; in the last, sex, self-awareness and a “gathering storm” bring both climax and close. 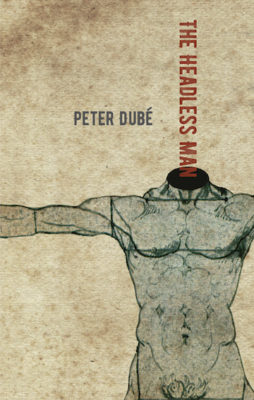 The work is soaked in esoteric references: an epigraph quoting the Greek Magical Papyri; a nod to the tradition of the bildungsroman; and the explicit influence of French surrealist/mystic Georges Bataille’s short-lived Acéphale journal of the 1930s, the cover of which featured a headless version of Leonardo da Vinci’s Vitruvian Man, with a skull where the genitals would be. There are nods to Bataille not only in the themes of economy, institutional power, and eroticism that thread the book, but also in the absence of any divine. At a macro level, the Headless Man symbolizes a country without a head or God. Ideas of fate and free will are seeded in the roads and bridges of the book, offering direction and movement but also implying the constriction of choice. The built structure of the world dictates our actions and reactions, contrasted with the unordered abundance of the natural. In a charming passage towards the end of the book – “The Paper Boat’s Account” – a paper boat recalls being released to running water, at once free and at the mercy of the current.

Even though the book works as allegory (this reviewer had fun chasing references), critically, it also stands as a self-contained world. Forest, mountains, cities, bridges, riots, and a leather dungeon are vividly evoked but left unnamed, serving at once as symbols for wider themes and as their own self-contained vignettes. On reaching the city, the Headless Man visits the bank, contrasting his experiences of the world with those delineated by man-made institutions: “These people are all head: a great blank space” and “Everything is, he thinks, deliberate; there is neither happenstance nor abandon in this place.”

The question of how exactly the Headless Man does experience the world is a minor frustration of the book. Although we’re told at the start that without the primary sense organs for sight, hearing, smell, or taste, the Headless Man will use his fingers to see and will feel the vibrations of the world in his guts, the writing often conveys highly visual images. Dubé describes a visit to the movies to see The Wizard of Oz in Technicolour glory; how he “jerks at the sight of the muscled back” in a strip club.