A review of A Traveler's Tale by Byron Ayanoglu

In a seaside resort in southwestern Turkey, a man awakens one day seemingly bereft of his former identity. His name and memory are voids, his sole possession a single valise. He finds a hefty stash of American dollars inside his valise, procures a fake passport, and sets out for Istanbul. In cafés and restaurants, former business associates recognize the traveler, helping him back to knowledge of the crime he willed himself to forget.

The book is structured in two halves arranged in reverse chronological order. In the first half, the peregrinations of the first-person narrator lead the reader through the cafés of Istanbul, where the narrator dines with strangers and receives a slap in the face from an angry former lover. On a whim, the traveler goes to Mumbai where a wealthy Indian aristocrat invites him back to his ancestral palace, after having surprised him at the airport: “People seem to know more about me and my movements than I [do],” the narrator thinks. With the help of a woman he follows to southern India, he begins to admit that he has committed a crime involving a large sum of money and that he has been “trying to submerge the shame and hopelessness of it in a state of willful amnesia.” 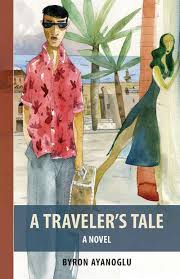 In the book’s second half, the focus shifts to Steve Hunter, an investment banker living in Singapore at the time of the 2008 financial crisis. He trades recklessly, sometimes on insider information, and goes on jaunts to Mumbai and Istanbul to dine and bed mistresses. As the mystery of Hunter’s amnesia dissipates, the story’s interest slackens. What remains is a series of belaboured descriptions of Hunter’s glamorous lifestyle set out in insipid prose. Though many passages in the book’s first half are exceptionally well written, the same can hardly be said of the second half, especially of its several sex scenes. Consider for instance the following passage describing Hunter’s mistress awaiting him in a limousine: “Varsha was sitting back smoking a cigarette on a long holder, Felliniesque in a stiletto-tight, black two-piece with slitted skirt and a diaphanous mini-bustier that propped her bare breasts to the forefront–just short of the nipples–like a pair of ripe melons framed by the black ‘v’ of the fitted jacket. A flopping felt hat, high heels, thick sunglasses and elbow-length kid gloves—in pink—completed the illusion.” Many such descriptions in The Traveler’s Tale foreground glamour, with little substance – besides the book’s sacred trinity of food, travel, and sex – to complement or accompany them.

Nevertheless, amidst all the glitz and gourmet, there is an underlying moral: you can run from your past, but you can’t escape it. Through white-collar crimes, Hunter tries to distance himself from his childhood and then disavows his crime and his former self. The weight of the past is the book’s central theme, but it remains woefully underdeveloped. Instead, A Traveler’s Tale luxuriates in the beauty of surfaces, namely carnal pleasures and epicurean delights. mRb