A review of Amun by Edited by Michel Jean

Published by Exile Editions, Amun: A Gathering of Indigenous Voices is a collection of ten different stories set in multiple epochs and contexts, offering glimpses of lives that provide a wider view and understanding of Indigenous experiences. The collection has been translated by Kathryn Gabinet-Kroo and edited by Michel Jean, an investigative journalist and writer who comes from the community of Mashteuiatsh, and who has committed himself to highlighting Indigenous histories and concerns.

Jean makes it abundantly clear in his introduction that, if life was “simpler” before settler incursions and territorial exploitation, an Indigenous past should not be idealized either: “it was not a perfect world. There were territorial disputes, Innu against Inuit, wars, Mohawks against Wendats, and so on.” The collection, he maintains, is meant to challenge any static or facile comprehension of Indigenous histories and voices; to evoke the fullest range of human needs, dreams, and desires; and to delineate a world that was at once both highly variegated and in flux. Jean thus characterizes the book as “a gathering,” an Innu word that references the return of Innu families to the sandy shores of Mashteuiatsh. It is also an historical reference to the way “it used to be, when we all left for our lands to rejoin our people at the agreed upon place,” a literal reference to the writers in the collection and a metaphorical reference for a kind of practice, aesthetic and otherwise. 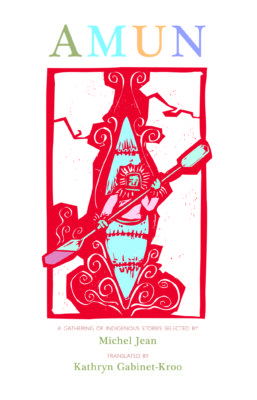 The Indigenous writers who are part of this particular gathering come from several different nations, generations, and perspectives. The interplay between the stories further heightens the eclectic nature of the book, defying any chronological sequence: they shift from the 1990 Oka Crisis in Louis-Karl Picard-Sioui’s “Hannibalo-God-Mozilla Against the Great Cosmic Void,” to the sixteenth-century conflicts between the Huron-Wendat and the five Haudenosaunee nations in Jean Sioui’s “The Tomahawk Strikes a Blow,” to the plight of a contemporary Innu woman, Anish, in Maya Cousineau-Mollen’s “Mitatamun Means Regret.”

These pieces offer viewpoints on lives that flout or completely overturn expectations and assumptions. For example, in “Memekueshu,” by Melissa Mollen Dupuis (Innu from Ekuanitshit), Nish is confronted by the tangible manifestation of the Atshens’s legends, which she had formerly dismissed as purely mythological. Jean’s own piece, “Where are You?,” is one of the standout contributions, an evocative rumination of a hunter’s wife whose husband has gone missing during his last expedition. His absence obliges her to learn how to hunt successfully in order to take care of their son, Malek, and herself. The title operates as a refrain, punctuating the narrative to mark how much time has elapsed since his disappearance.

Equally riveting is the piece by Virginia Pésémapéo Bordeleau, a formidable Cree-Métis writer from Rapide- des-Cèdres. With a deft hand, she explores the emotional complexity of Charlie, the main character of “The Lakota Shaman,” who wrestles with legacies that are gendered, generational, and colonial. Assumptions about his status as a shaman within – and outside of – his own community mean that he at times feels his own humanity is denied him. Naomi Fontaine, who is Innu from Uashat, examines the relationship between the narrator and her mother in “Neka.” The narrator describes her mother’s faith as scandalous, because she was Protestant, noting that “since colonization and the missionaries […] it was all about the Catholic religion.”

As “Neka” makes clear, the stories frequently offer unexpected insights and reversals of understanding. The stories may not be completely even in calibre or delivery; however, what they offer as a collection – as these examples above render clear – is a more developed sense of the complexity of Indigenous lives and voices. mRb