A review of Bhagavad Goalie by Ian Christopher Goodman 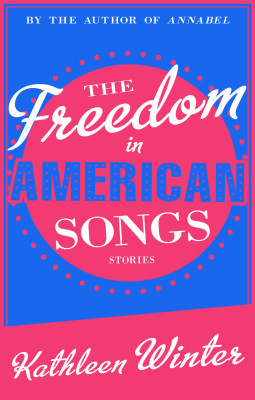 No one who was swept up in Canada’s recent run to Olympic hockey gold will have any trouble with the notion that our national game can embody all the qualities of an epic. Ian Christopher Goodman’s timing, post-Vancouver, thus looks positively uncanny. What better moment for a retelling in hockey terms of one of the great war tales of world literature?

Somewhere between 20 and 25 centuries old, the Bhagavad Gita consists largely of a conversation between Lord Krishna and the warrior Prince Arjuna, the former counselling the conscience-stricken soldier as he prepares to enter the field of battle against his cousins. It is a gripping yarn and a lodestone of yogic philosophy but, more than that, it is a sacred text. Goodman, as a non-Hindu coming to this material with less than entirely reverent designs, is engaged in a balancing act of no small delicacy.

It helps Goodman’s case that Hindus themselves haven’t been averse to popular adaptations of their foundation myths. Comic-book versions of Krishna stories are hugely popular with Indian youth, and a 1980s television serialization of the Gita’s source text, the Mahabharata, scored the highest ratings in India’s history. Besides, as Goodman points out in his introduction, having a bit of fun with a sacred cow is surely in the spirit of the blue-skinned mischief-maker Krishna himself.

So, does Goodman’s gambit actually work? Yes, most of the time. The core themes of the Gita – loyalty versus duty, morality versus life necessity, personal mastery versus collective responsibility – slip surprisingly smoothly into a hockey setting. Wisely, Goodman has chosen not to deal with Olympic-level hockey – let’s face it, for all the intensity of Canada versus USA, those players were wealthy union brothers temporarily wearing national jerseys – but with the hardscrabble small-town prairie brand of junior hockey, where players are likely to be facing off against people they’ve grown up with, and where the colour of the uniform carries a tribal charge absent in the big-bucks NHL. The Okotoks Oil Kings and the Prairie Pistons may not be the Kauravas and the Pandavas, but the principle isn’t so far removed.

Given that he is working from what is essentially a translation of a translation of an ancient Sanskrit text, Goodman is right not to get too caught up in replicating the tone and rhythms of his model. Indeed, the considerable comic punch of Bhagavad Goalie lies in the surprise value of contemporary vernacular set alongside a more elevated original. (In a clever act of interpretive layout, Goodman’s dark-type adaptation alternates lines with Mahadev Desai’s translation in faint type, allowing the reader equal ease whether reading concurrently or separately.) What’s more, Goodman clearly knows his hockey talk: “earthly joys” is updated to “puck bunnies,” “slay these venerable elders” becomes “butt-end someone’s grandpa,” “yield not to unmanliness” is now “don’t be a wimp.”

At times the hockey thread fades into the background and Goodman, perhaps a little daunted by his undertaking, engages less in adapting and updating than in mere paraphrasing. Is anything really gained when “their wits warped by greed” becomes “their brains tainted with greediness”? Would a hockey player even say “their brains tainted with greediness”? Here and at several points elsewhere the tone becomes muddled, the intent confused. Still, Goodman scores enough body checks and belly laughs to justify the enterprise. “I don’t mind plucking some sanctity from a source where it’s abundant, and offering it up somewhere else,” Goodman writes. By making that “somewhere else” as unlikely yet fitting a place as a hockey rink, he has pulled off a small but delightful coup. If not quite the Sidney Crosby of adaptations, Bhagavad Goalie is at least the Roberto Luongo.