A review of Butterflies, Zebras, Moonbeams by Ceilidh Michelle

Butterflies, Zebras, Moonbeams, the debut novel from Ceilidh Michelle, follows B, a “not yet […] but soon” musician, as she wanders through the apartments and lovers of her twenties. Save a glancing reference to “my maritime town,” B first materializes on the corner of Guy and de Maisonneuve, where she finds a boy named Jude in a crosswalk. She follows as he jerks his chin to a side street, as he points to his apartment; she follows him up his stairs and into his life.

As she narrates, B is no longer twenty-something. She knows all of this is already over. But one gets the sense that she has always seen the world as “a memory before it began” – because of drugs, alcohol, and depression, but also a dispositional out-of-the-worldness.

She cradles moments of unfettered beauty, like when a window silhouettes Jude while pigeons coo, “Poor Jude, poor Jude,” or when she and another rain-drenched lover, Sam, pull on lacy slips in his grandmother’s empty apartment. Other narration blurts out forced romance; “You’re as full of time bombs and unforeseen disaster as I am” might have felt profound as a song lyric.

As she wafts from jams to shows to hangs to hangovers, she recalls their detritus with uncanny precision: “potato chips ground into [the carpet …] seven teddy bears and grotesque dolls […] bloated with puddle water and cigarette smoke.” She remembers their faces as though it will be the last time she’ll see them. In the retelling, she knows that sometimes it is. 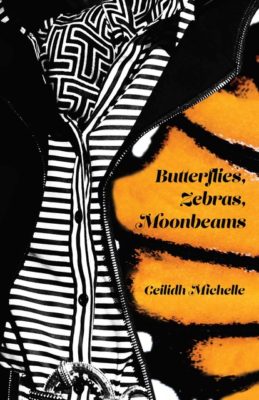 B’s name is the only tangible hint at the synopsis’s explicit declaration of her being nonbinary. When we meet her final lover, Tex, in the last five pages, she calls out B’s birth name, to which B replies that it makes her feel like “a fat old woman with crystals and macrame.” Hearing the name given to her by her parents also elicits the only other thing B ever divulges about her past – “my parents were born-again Christian hippies […] but I’ve been the same way my whole life which might be why we haven’t spoken in years” – reminding the reader that becoming oneself is so often a process of undoing.

Despite her belief in her constancy, it never becomes easier to say anything specific about B. Whenever she’s addressed by name, it’s startling – as if she’s a non-entity unless summoned by someone.

In the most affecting chapter, B crashes into embodiment. She wakes up in a big bed in California, and Sam, who now goes by Rev, has vanished. It’s a fever dream of looking into the sun and seeing only reflections: a white house, a white curtain, a stretched white sheet. He seems to have never existed at all.

His disappearance staples her irrevocably into this world – she has to enter it in order to look. Instead of him, she finds the coziness and claustrophobia of queerness with a bartender, Nedra; they form a band, tour, “but it doesn’t get down to the depths of me.” She returns to Montreal, becomes a music journalist, and “everything was mine but only because I was alone.”

By the time she records the songs she and Jude wrote “back in another time,” they are incantations of everything that had to happen in between. Whether it’s true that others can see you better than you can see yourself is debatable, but there is a particular alchemy to recognition – to agreeing with what someone else sees. Which is what happens when Tex hears B sing and says, “You sound one hundred percent like yourself.” mRb