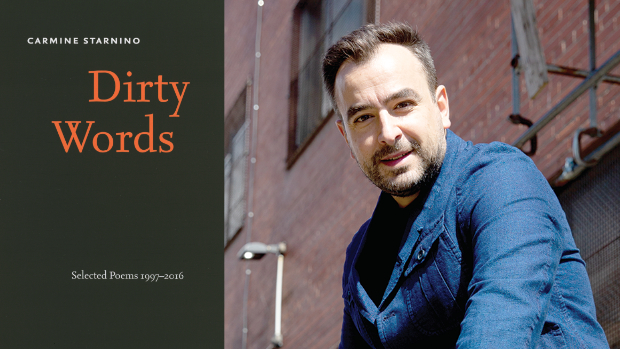 Of Minds and Men

Starnino’s first answer is pragmatic: “The [new] poems were coming quite slowly.” He expands, explaining that although he’s seen – and supported – two new generations of Canadian poets coming up through the ranks in his roles as publisher (Signal Editions), editor (The Walrus), and critic (everywhere), his earlier books are out of print. His editor at Gaspereau Press suggested a reedition, going back to The New World (published in 1997 and nominated for both the A.M. Klein Prize for Poetry and the Gerald Lampert Award) and up to his most recent work, Leviathan (2016). Starnino was curious whether the work still held up as part of the Canadian poetic conversation.

He holds the idea of the poetic or cultural conversation in high regard. It can be seen in his approach to both criticism and the writing of poetry – “that ideas about poetry produce poetry as much as the world does.” It’s echoed in why he has devoted so much time to writing lengthy critiques of Canadian poets, citing a sense of duty as a poet: “to ground yourself in the tradition. What you liked, what you didn’t like […] and to make that education public.” 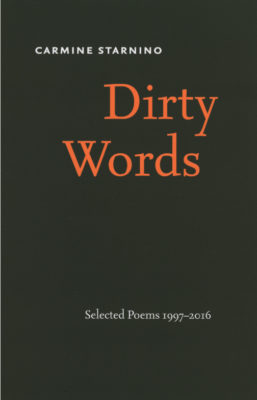 We’ll return to this idea of conversation, of where the cultural conversation or, more pertinently, conversations in Canada currently lie, but I want to pursue the poetic voices that Starnino has been listening to. He wears his influences openly in the earlier works, particularly the likes of Seamus Heaney. Explorations of the idea of nobility in manual labour, particularly within a masculine context; of the vernacular of a community, here that of the Italian community of Montreal; of where the work of a poet might fit into a tradition that celebrates, values, hold up physical work and plain talk, particularly when complicated by relationships of kin.

In addition to Heaney, there are nods to Robert Lowell and John Berryman, as well as Emily Dickinson, Eavan Boland, Wisława Szymborska, and Sylvia Plath, herself no stranger to a complicated father-child relationship. He mentions Dickinson’s sense of creating something in a confined space; Boland turning herself into the voice that she needed to be to answer the maleness of her environment, the poet that she couldn’t find when growing up.

Starnino has always been taking stock of the cultural maleness that he grew up with, in an environment delineated with a clear gender binary: “I’ve never been settled in who I am […] always trying to understand how other men live, how other men think.”

He describes always trying to settle some question of who the male figures around him operated, and how he, working in the more culturally feminine interior mode, fitted in. He “learnt early on that [he] was a world apart” – at once trying to reconcile “the soft emotions that our tradition dismisses” with “inherited ideas of what it means to be male.”

Dirty Words opens with the poem “Work” from his first collection, The New World:

When I was a boy, the men I loved laboured with their bodies.

The poem has a tenderness, a curiosity, but also an already-complicated rapport with this love, holding up ideas of male and female labour, resilience, endurance, and purpose in sparse, careful stanzas. Book by book, this relationship becomes ever more complicated, not least in the poems uncovering his relationship with his father. By 2016, in the title poem of Leviathan, both paean and critique to traditional masculinity, the poet’s voice has become defiant, more openly challenging, risk-taking:

I believe in men who are good
for nothing. I know their anger forward and back.
I was once all the rage

He’s aware of the careful, even obvious craftmanship of the early works. That idea itself, of poetry as “an inherited thing that you had to do very well” becomes an apprenticeship model in itself, a progression of skill to master craftsman. Again, so far, so Heaney, so European. Learn from your elders; enter the tradition; perfect the learning.

But these ideas of heritage, explored through the prisms of culture, faith, gender, and family, saturate these poems – and become increasingly complicated and challenged as the poetic voice gains confidence in its craft, becoming both resistance and repudiation. The poems challenge his faith with increasing confidence, sometimes literally (a refusal to believe in the miracles of the Catholic Church permeates) but also in his faith in traditional poetic forms.

My favourite sequence is the series of mock lyrics in The Way Out (2009). Where earlier books meditated on tweed caps, a goblet, a wine press, “The Strangest Thing” gives a subversive, ironic voice to, variously, a weeping willow in Parc Angrignon; an abandoned fence post in North Hatley; unidentified roadkill on HWY 401; a floating ball in the Lachine Canal; perfume in the metro’s green line; a puddle at the corner of Jean-Talon and Outremont; a bad smell in the kitchen; a car alarm on St. Viateur; a loud TV from next door; a For Sale sign on Wilson Street; and a hairline wall crack in the study of his Park-Ex flat. The emotion of these poems is gloomy, exposed, and heartfelt; the form is mischievous. The poems are also firmly, for the first time, situated in Montreal. They are situated in the poet’s independent, present tense, existence, clear of the traditions of previous books.

Starnino says that as writing and publishing progressed, “the need to control the words was less important.” The growing intuition with form and language, the awareness that poetry was also about emotional risk, is all tracked within Dirty Words, to devastating effect. “San Pellegrino,” the closing poem, uses a moment staring into a glass of water to detail the death of his father, framed relentlessly with a near rap-rhythm series of feminine, two-syllable rhymes:

Not that affection was out of character. He was just hard to decipher.
We hugged once and, for a tender second, I thought he’d say something further.
He didn’t, afraid perhaps it would seal the matter.
Beautiful, how water
glows in glass as dark draws closer.

Back to the original question: why a collection of selected poems now? Starnino is open, questioning his own place within that idea of traditional hierarchy of apprentice to master craftsman in a changing world that is challenging ideas of heritage and authority. He’s waiting, and watching, reflecting seriously on tidal shifts in poetry, as younger poets and diverse voices in Canada create and participate in new cultural conversations. A turning away from the dominant European tradition to seek and foreground other traditions, canons, conversations. He’s explicit about this in his work as critic:

The fear was that I would be trying to judge newer poets, younger poets by standards that may have felt wrong. I was sensitive to that because I had seen it with older poets that I had grown up with.

This much is evident in Dirty Words, as his writing has taken him further away from his mentors, his influences, his beliefs. It is partly a poet taking stock of his work, but also is a deeply enjoyable case study of poetic craft determinedly evolving, and eventually liberating itself in both subject and form. He quotes Randall Jarrell: “Poetry is a process that destroys its own method of making.” Whenever it may happen, I look forward to the next evolution of Carmine Starnino. mRb