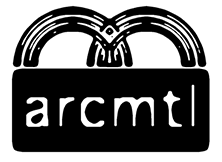 “The catch phrase ten or fifteen years ago was that zines are dead, blogs have replaced them, that kind of thing,” Louis Rastelli says, “but they never go away.”

There is no Montrealer better qualified to talk about the city’s zine scene than Rastelli. On top of having published a successful collective zine called Fish Piss in the ’90s, he is the executive director of ARCMTL, the non-profit that runs the annual zine extravaganza Expozine, maintains Distroboto, the city’s network of zine dispensers, and manages an archive dedicated to preserving Montreal’s underground and independent culture. On top of housing home movies, books, travel guides, fliers, posters, and other artefacts dating largely from the ’50s onward, the archive, which turns twenty this fall, has over 10,000zines – hundreds from past Expozines and a copy of every zine sold through Distroboto.

Definitions of “zines” vary, but most mention that they are self-published, inexpensive publications with a small circulation. They can be made with copious amounts of clear tape, scissors, and photocopies (one person interviewed said “things get really weird” in Copy 2000 on Park Avenue before Expozine), designed on a computer and printed, or a combination of both.

For Rastelli, zines are “an act of independence and determination – a way [for] a person [to say], I’m not waiting for anyone, I’m getting my work out there.”

While reticent to say zines are seeing a resurgence – “I’m not sure if there’s ever been a drop” – Rastelli admits the zine industry has benefitted from a rekindled interest in arts and crafts of late. “There’s a big interest among young people [in] hand printing, silk screen, letter press, Risograph [printing]. It’s very cool – a lot of bands do their posters with artisanal printing, too,” he says.

Advances in technology and increased access to means of production at home have also made the task of zine creators easier. “Digital presses are doing great, they are getting cheaper and cheaper,” he says. “For $150, you can now buy a printer that will print beautifully. And there’s production, printing, and layout software of super high quality, and Photoshop.”

Zines are garnering more mainstream attention; major exhibitions have been held at Somerset House in London and The New York Public Library in the past several years to showcase the medium’s pivotal role in twentieth-century feminist, punk, and counterculture movements. Even Kanye West has released several photography zines to promote his fashion and sneaker lines. They sell for up to $230 on eBay.

The extraordinary success of Expozine, Canada’s largest zine fair, which greeted over 10,000 visitors last year, is a testament to the energy and clout of Montreal’s zine scene today. Zines are peppered throughout the city at smaller book events like Queer Between the Covers and the Anarchist Bookfair, and at bookstores like Drawn & Quarterly, l’Euguélionne, and the Concordia Community Solidarity Co-op Bookstore.

The Distroboto machines, vintage cigarette machines retrofitted to dispense zines at two dollars a pop, have had a starring role in promoting zines around the city ever since the first machine was unveiled at Casa del Popolo in 2001. But the recent closure of venues like Divan Orange and the original Cagibi in the Mile End mean that several of the heavyset machines are in the archive centre awaiting new homes. All is not lost, however. “They will emerge in other parts of Montreal beyond the Plateau and Mile-End,” Rastelli says – although he can’t reveal where yet.

According to Sarah Mangle, who curates the zine rack at Dépanneur Le Pick-Up in Mile Ex, zines in Montreal come in all shapes, types, and sizes. “There are a lot of queer people who make zines, and a lot of people who like to research things – a lot of ‘how to’ stuff,” she says. “Herbalism is really popular right now – for example, how to use herbs to recover from top surgery. ‘Per zines’ are also very popular – that’s just people talking about their personal stories, lots of heartbreak and travelling. Then there are fan zines, which is where people write about things they like. I have a Sailor Moon fan zine in the zine rack, for example.”

Mangle’s love affair with zines dates back to 2000, when she made her first zine, Squirrel Girl, and sold it for two dollars in a box on the counter at Aux Vivres, back when the vegan restaurant “was more of a punk-hippy hub.” She went on to create a series chronicling the adventures of her scrappy rodent alter ego.

The immediacy of zines appeals to her. “It’s almost like Instagram in that way. You are making something, you are sharing it, and you aren’t waiting for a publisher to get back to you,” she says.

In Montreal in the early 2000s, zines were central to a “DIY sexuality” movement occurring at the time. “A lot of feminist and queer sex education was happening,” Mangle says. She illustrated a zine called Queersafe, which was a sexual health resource. At the time, there was also Lickety Split, a biannual, pansexual “smut zine” that featured stories, pornography, and interviews.

When she first stepped into the scene, zinesters had an affinity for densely packed typewriter font – but this shifted around 2005, Mangle says, when artists turned to screen-printing and began to favour a prettier aesthetic. “Zines were extremely beautiful,” she remembers. “Everyone was like, have the politics and frantic writing left zines?”

On her zine rack at Le Pick-Up, Mangle likes to showcase a range of zine types and aesthetics. The bottom line is that they must be well thought out. “Part of what a zine is, to me, is rigorous and a lot of work,” she says. Also, colour covers – “because they sell better.”

While she admits zines do feel “a little more niche” now than fifteen years ago, when “everybody had them,” Mangle says she is surprised by how quickly the zines sell at Le Pick-Up. “Sometimes, in the summer, I come two to three times a week to refill the slots.”

One artist Mangle stocks regularly is Eloisa Aquino, whose acclaimed zine series The Life and Times of Butch Dykes condenses the life stories of queer women from history into sixteen pages of quotes, illustrations, and text. American blues singer Gladys Bentley, Mexican singer Chavela Vargas, and Czechoslovak tennis player Martina Navratilova have all made the list.

Aquino has been making zines since the ’90s, although she admits the series was the first to get a real following. “Self-publishing was almost an instinct for me. I’m from Brazil, where there’s a long tradition of literary self-publishing,” she says. Her zines can take months to create, involving trips to the library to unearth hard-to-find documentaries in order to choose the images she will replicate in ink and quotes she will use to inform her story.

Aquino muses that queer artists are drawn to zines because they allow people with “marginal identities who don’t see themselves represented by other media” to create those representations “instead of waiting” for them. Despite the often-ephemeral nature of zines, she believes it is “a good idea to preserve [zines] – or at least some of them – in order to have knowledge of what sometimes are only the clues to marginal histories.”

On the third floor of the Bibliothèque et Archives nationales du Québec’s (BAnQ) branch in Rosemont–La Petite-Patrie, over 250 zines are stored for posterity in acid-free envelopes in a dark room kept at a careful seventeen degrees Celsius.

Every year, the library books a table at Expozine to convince local zinesters to donate copies of their work to the library’s archive. Librarian Anne-Marie Lanctôt acknowledges that the BAnQ has the fair to thank for the strength of its zine collection, given that new zines are otherwise hard to track, on account of being self-published and largely underground. In recent years, she estimates, the library has amassed “between thirty and fifty” zines at Expozine to add to its collection.

Collecting zines is important in working toward the BAnQ’s mission of preserving Quebec’s published heritage, says Lanctôt’s colleague Catherine Ratelle-Montemiglio. “If someone asked in fifty years’ time about what was happening in the ’90s and we didn’t have [the zine collection], it wouldn’t make any sense. We need this record,” she says. The pair admits that while some zines are on display at the BAnQ’s flagship Berri location, their flimsy, often unbound format does not lend itself for easy display on shelves or to borrowing.

Despite the BAnQ’s benign motivations, Rastelli says zinesters are sometimes suspicious of libraries soliciting copies of their work.

“These are counterculture people,” he says. “When libraries ask [for copies], people sometimes think it’s part of a plot where libraries want to take control of publishing internationally or something.” Some zine makers refer to the ISSN number (the international library code assigned to magazines and periodicals), he noted, as the “mark of Satan.”

But that’s where the ARCMTL archive is necessary to complement the efforts of mainstream institutions, he says. “We are able to retain the trust of people who see a conspiracy in these things.” mRb