A review of Eucalyptus by Mauricio Segura

Mauricio Segura’s third novel, Eucalyptus, is a briskly paced narrative portrait of a Chilean-Canadian plantation owner seen from the perspective of his son. It draws on the rough outline of the Segura family’s experience for material. Like his book’s protagonist, Mauricio Segura immigrated with his family to Montreal at a very young age, shortly after Pinochet came to power in Chile.

The story’s protagonist, Alberto Ventura, has returned to Temuco in Araucania for the funeral of his father, Roberto. Over several packed days, he tries to understand his father’s life story and mysterious death, gradually piecing together a composite narrative from contradictory accounts offered up by those who knew him. Assembling the pieces isn’t easy, as Alberto’s father’s life is structured around a handful of discontinuities. We see him in elliptical vignettes, alternately as a leftist activist in the early seventies, as a political prisoner under Pinochet, later as a Canadian immigrant and family man, soon as a philandering, abusive husband, and, ultimately, as the owner of a Chilean plantation when he returns to his homeland at the end of the dictatorship in 1990. 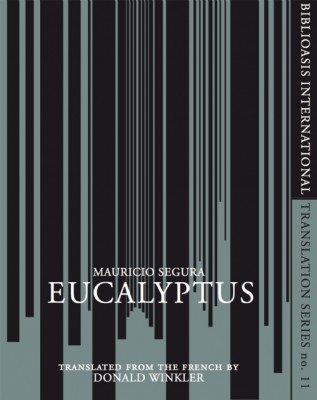 Similarly, Alberto is challenged to know which characterisation of his father, among the sundry conflicting accounts, is closest to the truth. Was Roberto a “horrible man,” “an old-fashioned idealist,” “a man of his time,” a charitable altruist, “a hopeless egotist,” or perhaps all of these at the same time? The revelations in the book might feel divergent, but it’s to Segura’s credit that the effect mirrors Alberto’s own search for his father’s identity, wherein “the more he found out, the more he realized that he hardly knew him at all.”

The mystery ostensibly driving the story is Roberto’s cause of death, suggested by a cryptic and gruesome scar on his torso. Was Roberto murdered by members of the local Mapuche tribe in an act of reprisal? Until the book’s end this seems most likely. In recent years, he had begun living with the chief’s daughter, a young veterinarian in training, and this fact combined with tensions in the local community suggests a murder of retribution. But the final truth is more nuanced and much brighter.

More fundamentally, what Eucalyptus depicts is a middle-aged son’s attempt to come to terms with a heritage of exile and diaspora, a process that his father went through before him. Despite their mutual estrangement, Alberto and Roberto are both immigrants and emigrants, fully at home neither “here” nor “there.” Canada is virtually absent from the text, except in several passing references to snow, a Montreal apartment, and Alberto’s teaching career.

The Canadianness of father and son in Eucalyptus is an added layer of complexity in an already serpentine ancestral identity. To escape persecution, Roberto’s ancestors, who were Sephardic Jews, fled from Iberia to Macedonia, and from Macedonia to Chile, over the course of several centuries. Even as Roberto believes that “being an immigrant” means being “a second-class citizen,” he is consoled by the prophet Jeremiah’s ruling that happiness is possible anywhere, as long as one attends to one’s relationship with Yahweh.

In its concluding pages, the book reaches out towards this possibility. The short novel reflects on the vital relation of exile (from one’s country, as well as one’s past) to such redemptive modes as love, atonement, and belonging. The fulfillment of Alberto’s quest to understand his father squares with Segura’s strong affirmation of charity and compassion, virtues capable of healing troubled pasts.mRb