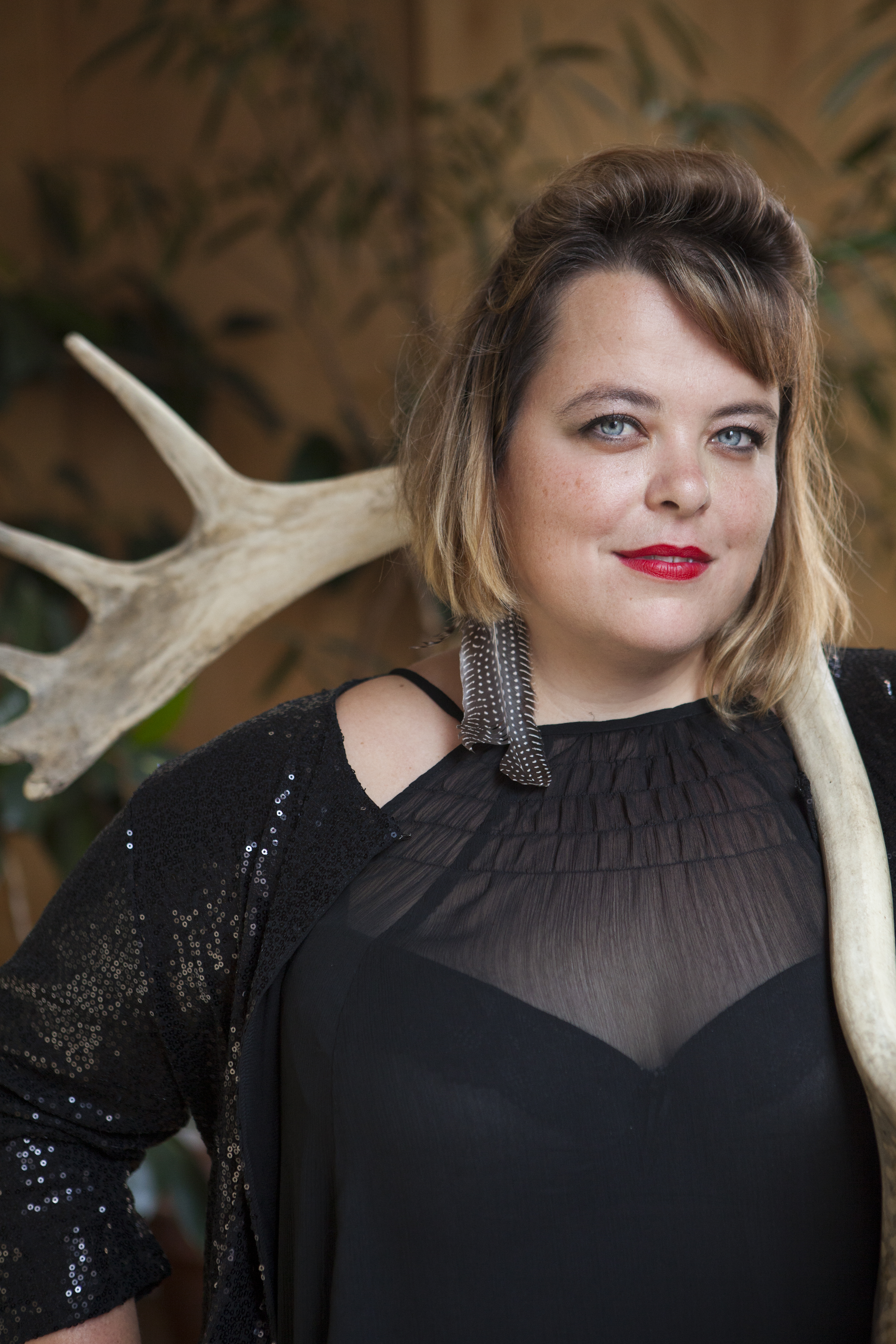 This past fall I was invited to read at Salon du livre des Premières Nations in Wendake First Nation. At first, I was hesitant to go. Not because I wasn’t honoured by the invitation, but because I wondered if I was Indigenous enough. At moments, I questioned whether I was even poet enough.

Being a newcomer to Montreal, and an Anglophone at that, I’m certainly an outsider within the context of Quebec, an uninvited guest on Mohawk territory. As a Mi’kmaq poet who relocated from the East Coast and speaks no French (yet), it was both a privilege and a reality check to be invited into a mostly Francophone area, and on top of it all to be a guest on Huron-Wendat territory.

Salon du livre des Premières Nations (also known as Kwahiatonhk!, which in the Wendat language translates to “we write!”) is a three-day festival and book fair hosted at Hôtel-Musée Premières Nations that offers opportunities for French and English writers, poets, and translators to mingle. Originally founded in 2011 by Daniel Sioui from Librairie Hannenorak, the festival eventually expanded into a collective run by Sioui, Louis-Karl Picard-Sioui, and Jean Sioui, which was incorporated into a non-profit in 2015. This past fall, in its sixth incarnation, the festival was a transformative gathering of spirit, poetry, language, and translation.

Salon du livre des Premières Nations was born out of necessity. “It was quite difficult to get the literary world and the general public in Quebec interested in Indigenous literature from here. Beautiful things were happening, but nobody was taking notice,” says Picard-Sioui. “Sometimes festivals would invite Indigenous authors, but mostly big names from Canada or the United States who worked in English. There was no place for Indigenous writers who write in French. Aboriginal events elsewhere in Canada weren’t interested either. It’s like we didn’t exist at all.”

At its heart, the mission of Salon du livre des Premières Nations is to promote Indigenous literature from Quebec, and help build the infrastructure for French Indigenous writers to develop, evolve, and “become a cultural force,” says Picard-Sioui. This year’s festival offered a playwriting element, highlighting the work of Drew Hayden Taylor, Dave Jenniss, and Yves Sioui Durand with round table conversations and public interviews. There was a special tribute show to Durand, the founder of Ondinnok, Quebec’s first French-language Indigenous theater company, and recipient of the 2017 Governor General’s Performing Arts Award for Lifetime Artistic Achievement in the Theatre category.

For Picard-Sioui, it’s a privilege to honour the trailblazers, yet he imagines someday the festival will outgrow itself. “I hope one day it won’t be necessary – that Indigenous literature will be everywhere and there won’t be a need for such a festival. We are still the only festival of its kind in French in the country. There’s still a lot of work to do. I would love to tighten our relations with Indigenous writers across Canada who publish in English. We must work together across the colonial linguistic divide.”

As the only annual event in Quebec where French and English Indigenous writers can gather, Salon du livre des Premières Nations is a celebration of culture, literature, and Indigeneity. The vast majority of published Indigenous writers in Quebec are based on reserves, or in isolated areas where literature is not a hot topic. The festival offers an opportunity to connect with publishers and other Indigenous writers.

“It’s become a big family for the authors, but also for the publishers, scholars, translators, and the public. Each year we welcome new writers to share new points of view about Indigenous writing and what it can be,” Picard-Sioui says. “A lot of writers tell me how the festival has been important for them. How it helped their careers, and breaks the solitude of writing.”

This year CBC Radio host and Cree poet Rosanna Deerchild read from a borrowed copy of her book Calling Down the Sky, as her baggage and books were lost in transit en route to Wendake. Like the Indigenous Wonder Woman that she is, Deerchild improvised, in new boots bought on the reserve at Giant Tiger, and shared stories of her mother’s painful experiences in the residential school system. Whether she’s interviewing Buffy Sainte-Marie on air or performing poetry at a bar, Deerchild is a firecracker, an embodied poet and a public figure. After meeting Deerchild, I wrote a letter-poem for her that will be included in my book Who Took My Sister?, forthcoming from Book*hug.

During my time at Salon du livre des Premières Nations, one of the many conversations I had was about the possibility of having my work translated into French. As a non-Mi’kmaw-speaking poet who knows very little French, I am not surprised that the opportunity to potentially publish in French came before Mi’kmaw. Why? Why aren’t more books published in First Nations languages? Will more publishers be publishing books in Indigenous languages? Perhaps. While at the festival, Deerchild let audience members know she was offered a French translation before Cree, and objected. She insisted Calling Down the Sky be published in Cree before it was released in yet another colonial language.

As I was sitting next to Innu poet, songwriter, and documentary filmmaker Joséphine Bacon at an author signing, she leaned in close and told me I speak too quietly. I needed to learn to speak up to be heard. She said this as her kind eyes twinkled, even though I started to burn with shame. Part of how I became a poet is because poetry is the place where I’ve learned to speak from. I think of Bacon’s poem “ma richesse s’appelle,” from Nous sommes tous des sauvages, and these lines:

Both her presence and poetics are made of resilience, and sitting next to her, I was reminded of language, and how I am poet, not savage, that I’m called human, and like hers, my voice matters.

Part of my experience at Salon du livre des Premières Nations was an arrival, a place where I was met with other Indigenous writers, translators, artists, scholars, and thinkers. I wasn’t alone in my room, bound by the confines of my mind, or seated at the colonial table. The thing is, this fear of not being Indigenous enough is much like the fear of not being poet enough. I am looking outside of myself to be framed. To be given permission. To be seen. That’s part of a colonial lens, a gaze that looks outside for validation rather than within. Gatherings like Salon du livre des Premières Nations offer a place for a Mi’kmaq poet like myself to claim the space I’ve written myself in, as both insider and outsider.

Some of the challenges of a multilingual literary environment are exactly what makes it rich, diverse, and decolonial. No one is on solid footing. No one is an authority. Every writer and audience member becomes closer to the land, and in turn to one another, through the relationship of poetics. Each language pays respect to the ancestors, as we continue to honour seven generations through publishing and orating our stories, poems, and songs. mRb

† The English version of this poem was found at http://humanrights.ca/blog/poetry-josephine-bacon

Shannon Webb-Campbell is a Mi’kmaq poet, writer, and critic. Her first book, Still No Word (2015) was the inaugural recipient of Egale Canada’s Out In Print Award. Who Took My Sister? is her second book.