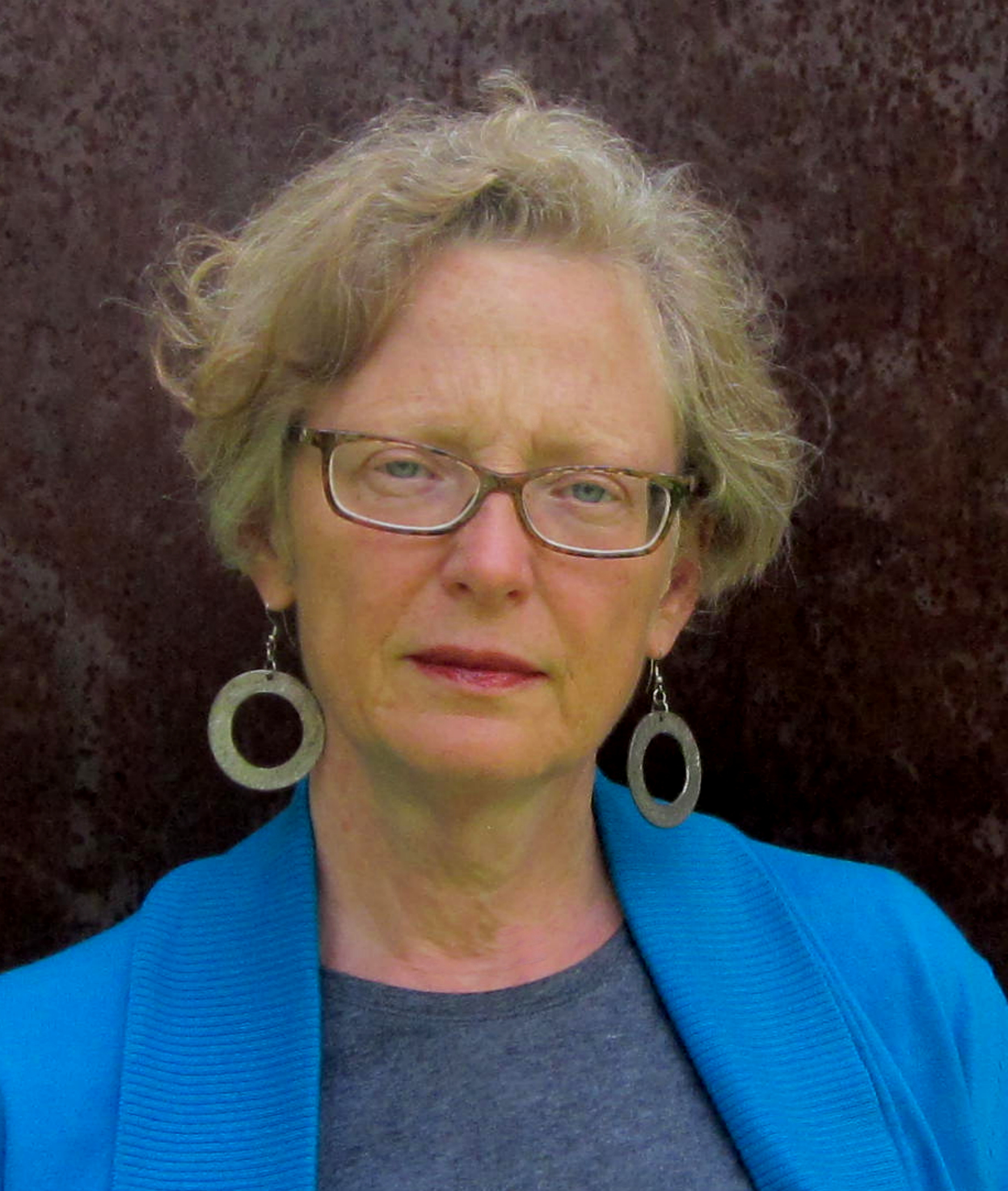 For nearly seventy years, the Farine Five Roses sign has stood on top of the old Ogilvie flour mill in Pointe-Saint-Charles, its gigantic red letters lighting up the skyline at night, blinking hypnotically. It’s one of the first sights you see crossing the Champlain Bridge towards Montreal, or approaching Central Station on the train in from the west. It may not be pretty, but for many Montrealers, it signifies home.

Montreal writer Alice Zorn immortalizes this icon in her beautifully crafted second novel, Five Roses. Like the gigantic blue eyes of T. J. Eckleburg looking down on the Valley of Ashes, Zorn’s sign is a landmark that does service as a literary device. In the book, it towers over the Lachine Canal, but it also gives a baby girl her name and provides the bedtime story that will save her in adult life.

In addition to the sign, Zorn also immortalizes Pointe-Saint-Charles, the neighbourhood where she has lived since 2001. The descriptive skill with which she does so is dazzling. Water is omnipresent. The “blue lizard-skin ripple” of the St. Lawrence River, with “frills of foam from the rapids in the distance,” defines the neighbourhood’s eastern border. The Lachine Canal, whose water has “a dark, oily flatness,” delineates it to the west. Along the canal, abandoned silos, occupied now by squatters, bear witness to the Pointe’s glory days, when the district was considered the heart of Canada’s manufacturing sector. Zorn brings us into this derelict territory, where “broken chunks of concrete and brick that must have fallen from higher up” lie near the footpath, and bits of rusted metal are “biscuit crumbly with decay.” At one point, after describing a perilous climb up the side of a silo on a retractable nylon ladder, Zorn leads readers into a squatter’s living space. 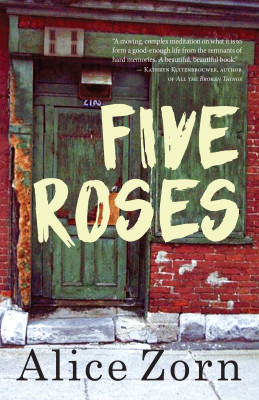 As Zorn began exploring her new neighbourhood in 2001, she wondered about its history – streets like Saint-Patrick and Place Dublin, named for the Irish immigrants who settled here, many of whom worked on the construction of the Lachine Canal; factories that were being gutted and sandblasted, converted almost overnight into luxury condos; houses like her own being bought up and renovated.

“I wanted to write about what I was seeing before it was gone,” she told me recently, over tea in her Pointe-Saint-Charles dining room. The renovation work she did added to her curiosity. As it progressed, Zorn kept unearthing evidence of past lives. “I became interested,” she said, “in the idea of a house holding the memories of the people who lived there.”

Although history plays a big role in Five Roses, the action is contemporary. The plot revolves around three women whose lives intersect in the Pointe in the summer of 2005. Fara, in her early forties, is a newcomer to the area. She has just bought a house for a ridiculously low price and embarked on renovations. Maddy, her next-door neighbour of roughly the same age, has lived in the Pointe all her life. She works in a pastry shop, and the home she occupies, purchased with a modest inheritance, was once a hippie commune. Rose, the youngest member of the trio, has the most tenuous link to the neighbourhood, or so she thinks.

“There’s Old Pointe and New Pointe,” Zorn explained to me during the interview. The mix, apparently, isn’t always easy. When Zorn moved here, long-time residents refused to acknowledge her in the street. “They were from here,” Zorn observed. “Their mothers were from here. Their fathers were from here. I wasn’t. I was an interloper.”

In the novel, Fara forges a connection, if not an actual friendship, with her neighbour Maddy. She needs it in order to get information. It turns out that the house she’s just bought contains a secret, the details of which all of the long-time residents seem to know: the son of the previous owner killed himself here.

Zorn takes the strands of her characters’ lives and intertwines them with wonderful dexterity, combining past and present in a richly textured narrative.

Fara isn’t fazed by death. She works in a hospital where she confronts it daily. But as she learns more about the life and circumstances of the young man who took his life inside her home, difficult memories surface. Years ago, her own sister Claire committed suicide, and the trauma of that event is still raw and unprocessed. As Fara unearths the secrets of her new house and finds the courage to revive memories that have hitherto lain dormant, she unexpectedly enables Maddy to exhume secrets of her own.

Meanwhile, Rose, the trio’s third member, is also in mourning. The mother who raised her in a cabin north of Montreal has died, and Rose has come to the city to start afresh. Rose is an intriguing character, solitary and shy. In Montreal, she wonders if she’ll ever “learn the cat’s cradle of words and gestures that seemed to link everyone but her.” She finds a low-paying job in the hospital where Fara works as an administrator. Her passion, however, is working on a loom inherited from her mother, which she keeps near the canal.

Weaving is a motif in this novel: Rose’s craft also serves as a metaphor for fiction-making. Zorn takes the strands of her characters’ lives and intertwines them with wonderful dexterity, combining past and present in a richly textured narrative. Zorn owns a loom of her own. Decades ago, when she came to Montreal from Ontario, she decided to learn this artisanal practice. Like her character Rose, she is adroit at “sleying the reed, pulling threads through the heddles, winding the warp.”

And like another of her characters, Yushi, whose talents in the kitchen result in some of the book’s most sumptuous scenes, Zorn is also a professional baker. She credits her Austrian-born mother for imparting this skill to her. “There weren’t many toys in my childhood,” she admitted, when asked about the cakes in her novel. To keep her entertained, her mother gave her a German tome entitled Wirtschaftskunde (The Art of Keeping House), which her own mother had given to her before she left for Canada. The book was full of advice for a young Hausfrau – how to set a table for breakfast, how to clean silverware. It also contained cake recipes.

“What I would do to play,” Zorn continued, “was make a six-layer cake with butter cream.” When company came, Zorn’s mother would say, “Quick, go and make a mocha-hazelnut cake!” Years later, when Zorn was a struggling doctoral student in Toronto, she earned her rent as a pastry chef.

While details of kitchen and craft add credibility to Zorn’s novel, the real sweetness of Five Roses lies beneath physical details, in the glimpses she offers of human hearts. Zorn’s main interest is what we hide, not what we show. For this is where humanity resides: in the mistakes people make, in their failures and traumas, and in the crippling effects of shame. Articulating secrets, finding the courage to frame them as story and reveal them to others is, Zorn seems to be saying, the way through. mRb