When David Solway coined the phrase “double exile” to describe the situation of the English-language writers in Quebec, he didn’t do so to lament. Being deprived of a wide readership within the province and without, Solway argued, had in fact led Quebec’s English-language poets to forge their own paths. Translation and the veiled identities it creates have provided one such path for some of these poets, Solway among them. Studying the seams between languages and literatures, he has expanded notions of voice, diction, and self in his work, opening a space for sincerity and sentiment.

Since 2000 Solway has published works by a handful of international heteronyms, the latest being Alim Maghrebi, a quiet giant of Arabic poetry, the author of Habibi, who “would, at the same time, find himself at home in any Western capital.” These exercises in disguise bank on the average reader’s ignorance about non-English literature and exploit our tolerance for tropes in a translation that would invoke eye rolls in an original contemporary poem. Solway acknowledges this in his scholarly introduction to the volume, warning us that “There is for the Western mind a certain sentimentality in these poems, but it is entirely unabashed and, we might say, authorized by the long history of Arabic poetry.” He borrows that “authorization” to pull off love poems that have a stilted sweetness and impassioned formality about them. Solway’s counterfeit is complete; there is not a scimitar or a caliphate out of place here. It takes a loving eye to so fully imagine a solitude other than one’s own. One wonders whether a poet from Calgary or Vancouver – or Casablanca – could pull off such a feat. 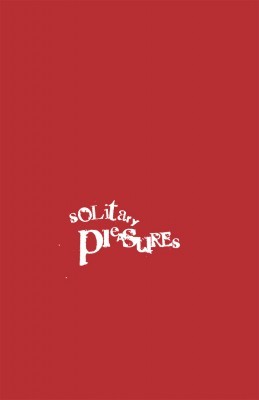 While most of us are accustomed to reading short bits of text these days (140 characters, anyone?), many are nonetheless unaccustomed to the pace and attention required by the short bits of text that make up most poetry. Consequently, some poets are finding innovative methods to trip up the reader and demand a more considered interaction with the text. Fortner Anderson’s solitary pleasures is as much an art book as a poetry book, and haphazard typeface is the approach it uses to slow down the reader. Designer Fabrizio Gilardino has stamped each page by hand, letter by letter, using different font sizes and letter cases. He then altered the text digitally to create or preserve the appearance of errors and edits. The resulting text is impossible to scan like conventional printing. It must be studied and is, in fact, a bit hard on the eyes. Its unevenness mimics handwriting, making the words more like images, forcing us, almost like new readers, to proceed slowly and meticulously.

The poems themselves, taken from Anderson’s 2004 daybook, chronicle the mundanity of daily life, punctuated by moments of clarity, awe, or lament. “I did seventy five crunche / nude / before breakfast,” begins the entry from July 19th. Later the same day, the speaker and a friend discuss how one can never know the mind “and must remain / content / with an evershifting vantage / as we look into from the shadows / which we longingly call / ourselves.” There is a certain voyeuristic pleasure in these poems; they fittingly feel like reading someone’s diary, and part of the drive to keep reading is the promise of discovery. That promise doesn’t always pay off, but here that unevenness feels immediate and true. 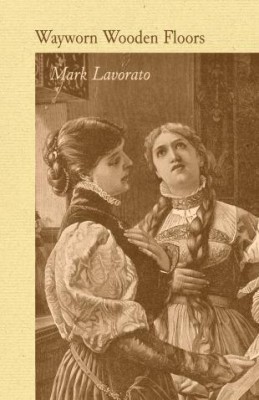 Mark Lavorato is a seasoned traveller, and his first poetry collection, Wayworn Wooden Floors, feels a bit like a suitcase stuffed with souvenirs until the zipper groans. From Oaxaca City to the streets of Montreal to an abandoned farm where “The sound of the wind is defined / only by what it blows through,” these poems are less postcards than personal memories mined for greater, universal truths.

Lavorato has two novels to his credit, and his background in prose is palpable here. Many of the poems feel like finished buildings that still have scaffolding up around them. His command of sound and image are strong enough to give his poems lyrical heart, but he leaves prosaic frames around them that end up weighing down the poems and obscuring their beauty. As a consequence, some feel unfinished despite their polish. In “There Is A Bench,” for example, a bench sits “in front of a lake I know, at just the spot / a bench should be.” Although the view is not described for us, we’re told more than once that it is “one / of my renditions of perfect.” These abstractions are glaring amidst Lavorato’s otherwise precise language. Such generalities are always tempting for a writer: they are so much more dependable in getting The Point across to the reader than poetry’s leaps and silences. But for the reader, generalities register as a writer’s distrust in his audience. In those poems where narration doesn’t intrude upon vivid imagery and greater economy, Lavorato’s promise as a poet shows through. 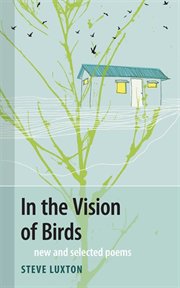 In the Vision of Birds
Steve Luxton

Everything has to be postsomething these days. The jacket of Steve Luxton’s new and selected poems, In the Vision of Birds, informs us that Luxton’s work is “post- pastoral.” If you’re into prefixes, this one should assuage any fears you might have that pastoral is code for provincial or that nature poetry is too bumpkinish to be cool. Luxton, like most poets, owes a debt to Virgil, Wordsworth, and Frost, but he isn’t one to idealize nature or mythologize his place in it. He is as interested in our dislocation from the natural world as our attraction to it. His poems capture how, stuck in our heads and to our cell phones, the moments when we are able to achieve an unmediated encounter are more fleeting now than ever.

On a walk in the woods, the speaker of “To See A Bull Moose,” frets over “the usual concerns: / unanswered emails, fatty diet, taxes, death,” with such abandon that he trips and tumbles headlong into a ravine, only to look up and see a bull moose, “not thirty paces off,” “face dolorous, curious,” staring back at him with the superior disinterest of which perhaps only moose and clergy are truly capable. But the animal represents neither nature’s majesty nor the sublime, but a presence both alien and beautiful. Seeing the moose is a second loss of footing, a deeper fall. For Luxton, this is where a poem comes from. Poetry, he says in a poem by that name, arrives in the woods, where he finds himself in “perfect intimacy with strangeness.” The bush is not necessarily a simpler or more idyllic world: there is the sound of an ATV in the distance; there is always the threat of an errant hunter’s bullet; and a great-horned owl “with the sound of / a department photocopier / turned on full tilt / swishes off to further / supervisory offices.” The ways in which these two worlds collide and intrude upon each other is where the real poetry happens, and fortunately for us, Luxton – and the birds – are there to watch. 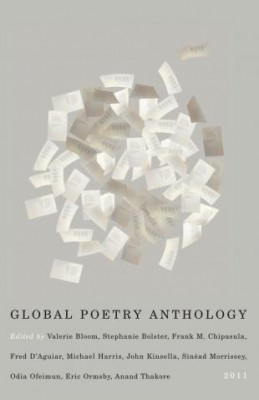 When the Montreal International Poetry Prize was announced, I was among those who wondered whether $50,000 might be too rich a prize for a single poem. Even if you like the innovative ideas behind the crowd-funded and blind-judged prize, it’s hard not to wonder whether a single poem delivers $50,000 worth of poetry. And if so, who is qualified to recognize that rare, worthy poem? It was with similar scepticism that I approached the anthology born out of the prize’s inaugural 2011 contest. This book is made up of the fifty poems short-listed for the jackpot, but is this the best poetry money – or the promise of it – could buy?

As it turns out, the anthology contains more than one “Hell yeah!” poetry moment – the kind of poem that avid poetry readers can use to argue poetry’s merits to the unconverted. These include Leslie Timmins’ “After Cancer,” which opens the alphabetized collection; “Children’s Stories” by Philip Nugent; and “On Finding a Copy of ‘Pigeon’ in the Hospital Bookstore,” by Susan Glickman, which dances along humorously before packing a devastating wallop. (If winning poet Mark Tredinnick is disappointed to hear that I was less taken by his poem, “Walking Underwater,” than were the judges, I’m sure his $50,000 prize will bring him some solace.)

This collection is, in fact, less hit-or-miss than most anthologies assembled with a more premeditated editorial vision. The poems are not only strong, but also surprisingly similar in style and tone. Considering the size of the editorial board, one might have expected greater dissent in the ranks. But over the course of the book, a picture emerges of the kind of poetry that, apparently, can pay. So study up! The next competition will run in 2013. mRb