“It has always been difficult to raise a child in the midst of chaos,” writes Maloose in his story “Adam and Yves.” “Whoever said having a child is an easy thing was absolutely wrong. I can’t even begin to ask myself why I dared have one.”

The notion of children – the children we raise, the children we lose, and the children we once were – threads through both Fragments, a collection of short stories by Maloose, and In Every Wave, a novella by Charles Quimper. The former includes stories detailing childhood memories marked by difficult relationships with authority figures, and stories in which children become sources of anguish. In “Adam and Yves,” a father meditates on his fears that his son might be gay, while in “The News,” the narrator struggles with the implosion of his relationship against the backdrop of his cousin giving birth to  a stillborn baby. Quimper’s novella takes a more concentrated focus, offering a lyrical, stream-of-consciousness narrative in which a father grapples with the unfolding of his grief after his young daughter drowns. 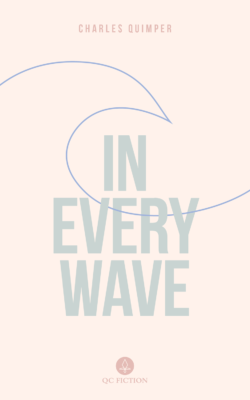 In Every Wave
Charles Quimper
Translated by Guil Lefebvre

In Every Wave lays bare its stark premise immediately: a young girl drowns, and her body is never retrieved, leaving her father obsessed with the notion of somehow reclaiming a connection with her. As the narrator explains, “You went under, and I’ve been at sea ever since, searching for you in every wave.” Mirroring the obsessive nature of grief, several key scenes and phrases are repeated. The narrator alternates between describing how the months after the accident unfolded and returning to detailed recollections of the day on which his life was shattered. Two lines are repeated at three different points in the text – “The next day we were just a line or two in the local paper. A tragic consequence, a momentary distraction with fatal consequences.” – creating the effect of the narrator trying to convince himself that his loss could be summarized in such banal language. On the other hand, the daughter’s name is mentioned only once, cited at the beginning of the text as a kind of incantation: Beatrice. Quimper’s sparse plotting and reliance on representing the emotional landscape of grief creates a dream-like effect in which time seems to stand still. 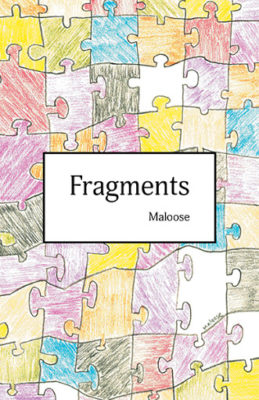 In Fragments, by contrast, the awareness that time has passed animates many of the plot lines of a series of very short stories, interspersed with illustrations created by the author. The opening story, “A Forward,” describes the narrator returning to his hometown to watch an estranged childhood friend die of AIDS; in another, the narrator reflects on memories of his father catching him exploring his sexuality and brutally punishing him. Most of the stories feature an unnamed, first-person narrator, although some are written in the third person; themes of queer sexuality, abuse, and marginalization reappear in many. The writing is unadorned but crisp prose that suits the unflinching gaze turned towards difficult subject matter: a character fleeing an abusive relationship notes that “I didn’t fear the unknown. I feared what I had known.”

The short story form is ideally suited to capturing these brief snapshots of lives stretched to the breaking point, but often springing back with surprising resilience. The matter-of-fact approach to recounting trauma, in which painful scenes begin and end almost before a reader can grapple with them, contrasts with the immersive, slow-burn effect of Quimper’s narrative, but both methods effectively serve similar ends of leaving readers moved by all the griefs that can easily lie unseen. mRb