Montreal and the Bomb

A review of Montreal and the Bomb by Gilles Sabourin

Montreal isn’t usually thought of as an important locus of World War II: its factories did manufacture weapons and goods shipped to the overseas front, but the city didn’t host important battles or deliberations. This view ignores the fact that the Montreal was the stage of important nuclear research, starting in 1942. As Gilles Sabourin’s stimulating Montreal and the Bomb recalls, some of the world’s top physicists conducted lab research here, and their story – mixing espionage, international competition, and scientific discoveries – makes for an engaging read.

The scientists in question were mostly European. Some were French, like Hans Halban, the Montreal Laboratory’s first director. Of Austrian-Jewish descent, he worked in Paris with Frédéric Joliot-Curie and Irène Joliot-Curie, fresh recipients of a Nobel prize in chemistry for their work on artificial radioactivity. Ahead of the 1940 Nazi invasion of France, Halban fled to the United Kingdom along with an important supply of heavy water, in an episode worthy of an action movie. At first, he continued his nuclear research at the University of Cambridge, along with such eminent colleagues as Lew Kowarski, but the British government soon relocated this lab to Montreal.

The Nazi threat to Great Britain encouraged the displacement of nuclear research overseas. Montreal was chosen for its strategic location and the presence of McGill University – an important physics centre thanks notably to Ernest Rutherford, the “father of nuclear physics” who did some of his key work there – and the Université de Montréal. Canada’s large uranium reserves and heavy water manufacturing capability also played a role in the choice of location. With the help of Canada’s National Research Council, the work of the Canadian branch of Britain’s Tube Alloys nuclear project was set to begin. 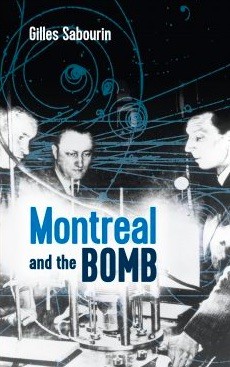 Montreal and the Bomb
Gilles Sabourin
Translated by Katherine Hastings

But the Montreal laboratory suffered from American competition from the start. If Americans and British scientists and politicians first looked to collaborate on atomic research, the army takeover of the Manhattan project in 1942 led to a deep mistrust for the many foreign scientists working for Tube Alloys who were suspected of having ties with the Soviet Union. For instance, Bertrand Goldschmidt, an important French Jewish chemist from the Montreal laboratory, was denied access to multiple American labs despite appeals from physicist Enrico Fermi, the mastermind behind the Manhattan project under whom the world’s first nuclear reactor achieved criticality in December 1942. Americans also signed agreements with Canadian firms for exclusive access to uranium and heavy water, to the detriment of the Montreal lab.

Collaboration finally resumed in early 1944 after an agreement to share information between Tube Alloys and the Manhattan project – even though researchers from Montreal were still denied access to top-secret test sites like Los Alamos. In the end, the Montreal lab didn’t play a pivotal role in the development of the atomic bomb, but it did conduct important research in the field of civilian nuclear energy, building on Halban and Kowarski’s experiments to design a reactor using heavy water as a moderator. This research was spun off and continued in Chalk River, 200 kilometres north of Ottawa.

Sabourin, a nuclear engineer by training, refrains from heroizing the characters in this story and insists on the dark sides of nuclear research, from national competition to bellicose interest from army personnel. He also brings to light the numerous women who contributed to the Montreal lab, not only as “computers” – mathematical calculators before electronic computing – but also as researchers, such as Jeanne LeCaine and Alma Chackett. The amusing anecdotes and numerous spying stories aptly balance out the more technical material. The sources are varied, from interviews with ex-Montreal lab researchers to archival documents. Montreal and the Bomb makes for a compelling read that reminds us of the peculiar scientific and political atmosphere that reigned during World War II in North America.mRb

Clarence Hatton-Proulx is a PhD candidate in urban studies and history at INRS and Sorbonne Université. His thesis focuses on the energy history of Montreal from the 1930s to the 1970s.