Nobody Loves a Hyena (But Some of Us Love Cat Kidd)

A review of Hyena Subpoena by Catherine Kidd, with Soundscapes by Jack Beats

“If I could be a hybrid species, here’s what I would be
a creature who’s one-half hyena and one-half me
And should I be called to testify upon my own behalf
I’d take the stand and be sworn in, then laugh
and laugh, and laugh”

During a spoken word residency I attended at the Banff Centre, the Jamaican-Canadian dub poet and monodramatist powerhouse d’bi.young anitafrika told us that performance poetry and storytelling should invoke a primordial memory – a sensory flashback to nights spent with the ancestral clan, seated in a circle beneath a tree watered by the light of the moon as the storyteller’s magic unfolds. Montreal’s spoken word and literary darling Catherine Kidd does exactly that with her latest poetry collection/spoken word CD/theatrical performance/definition-defying artistic creation, Hyena Subpoena: 7 Poems with Soundscapes. With it, she takes us to the wild lands where the things that frighten us roam. This collection is fearless, ferocious – and probably not for everyone, which in the end may be exactly what Ms. Kidd is going for. 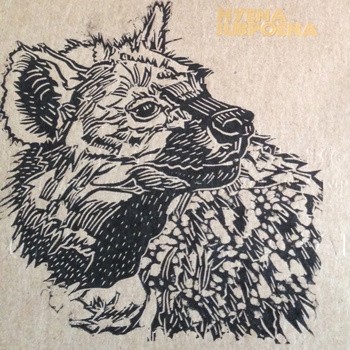 Kidd has been a fixture in the Montreal artistic landscape since the 1990s, launched to spoken word stardom (such as it is) by such works as her much-acclaimed show and poetry collection Sea Peach, which toured internationally. Hyena Subpoena shows off the best of her signature poetic traits – a gift for philosophical whimsy (described by some critics as “Dr Seuss for adults”), frankly dazzling technical virtuosity in the realm of subtle rhyme and complex meter, crisp vocal performance, and a slightly bizarre yet strikingly resonant fixation with animal metaphors. Yet this offering is noticeably darker and more intimate in tone and theme – one is dedicated to the near-dead body of a lioness; another uses the voice of a herd of impalas to discuss the sexual assault of a young girl.

Hyena Subpoena tells the story of “Ramona Morse,” a performance poet exiled to the grasslands to search for scraps of creativity and come to terms with her past. The collection’s first piece, the titular “Hyena Subpoena” is also its most luminous: a keening and wickedly funny ode to scavengers, to the homeless and disenfranchised, to sex workers, gender benders, anarchist activists, to all who wander the margins of society. Slowly, a tale unfolds: of child abuse, of sexual assault, of institutionalization in a mental hospital. Kidd pulls no punches, plunging deep into trauma narratives in both the third and second person voice – but notably not the first, as though daring the reader/listener to ask forbidden questions.

The collection certainly demands to be taken on its own terms. Kidd’s subject matter, non-linear narrative structure, and occasionally jarring blend of playfulness and horror will be off-putting to some.  The quality of the poetry is a bit uneven; “Hyena Subpoena” and “The Lottery” stand out as the strongest by far of the seven pieces. Yet for those with whom the savage, unrepentant, incongruous, outcast laughter of the hyena resonates, Hyena Subpoena speaks volumes.