In the Orchard, the Swallows

A review of In the Orchard, the Swallows by Peter Hobbs 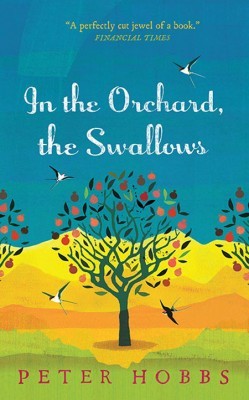 In the Orchard, the Swallows
Peter Hobbs

After 15 years in prison, a man is suddenly and inexplicably released, pushed outside its gates and left there. His confinement has been so long and so brutal that he assumes his release is a mistake or a trick. So he waits at the gate most of the day, until he is finally chased away by the guards. Weak and ill, he sets off on foot, not sure of his direction but homing in on the memory of the family orchard he left behind in the mountains of Pakistan. The novel tells the story of the nameless narrator’s recovery after years of suffering. Part journal and part letter, the novel is written to the woman he loves, Saba, whose image helped him survive.

The heart of this story is in the details. Attempting to reconstruct the missing time and to heal from his wounds, the narrator writes to Saba about everything that happened to him since she saw him last, as he was being taken away by the police. He does not hide the facts of his imprisonment and torture, but he dwells on the memories that sustained him: the sound of his father’s laughter, the family orchard of pomegranate trees, the details of every moment the young lovers shared.

While the narrator was in prison, he replayed his happiest memories over and over as a means of coping, but, after years of mind-numbing inactivity and torture, his vision became distorted. The smallest pleasures became magnified; such as the time he saw a swallow’s shadow flitting across a corner of the prison wall. The swallow gave his imprisonment a sense of focus as he waited for its shadow to reappear. In time, it became a symbol of the hope that he would one day find his way back to Saba and to the orchard of his youth. Now a free man, he offers these moments to Saba, describing each one in achingly sharp detail.

Peter Hobbs’ powerful story is delivered in the quiet voice of the narrator. The subtle sureness of his voice is one of the author’s greatest triumphs. It manages to render the fragility of a man whose losses have been incalculable, and for whom being alive is a miracle that can’t yet be trusted. The narrator’s descriptions are simple but vivid, the words of a man more concerned with revelation than artifice.

Weighing in at a mere 152 pages, this slim novel is dense with hope and heartbreak. Ostensibly a love story, it is really about the will to survive and the specificity of the things that feed our desire to do so.

Josée Lafrenière is a Montreal writer, editor and translator.