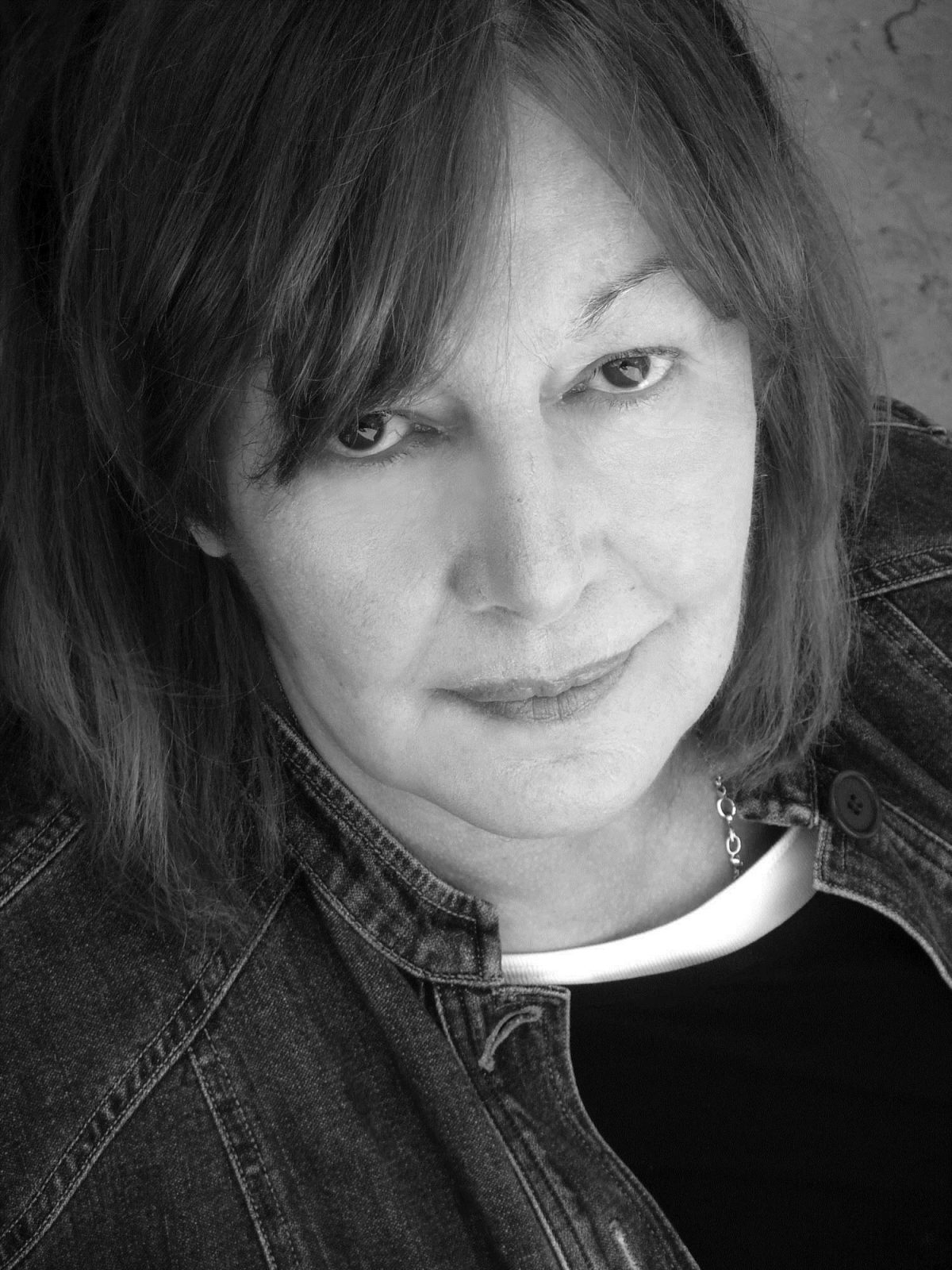 For some people, life’s challenges are much greater than for others. Yet, even among those who face calamity, quite remarkably, a few will always manage to thrive.

If, like Ann Charney, you’ve ever wondered about these irrepressible types, you might enjoy diving into Life Class, a novel well populated with characters who reverse their fortune. “Life is not a matter of holding good cards, but of playing a poor hand well,” says a formerly homeless character, summing up one of the book’s themes with a Robert Louis Stevenson quote.

On the day I set out to meet Charney for an interview, I’m reminded of life’s changeability as the mercury plummets by about 20 stinging degrees, and a dislodging January wind tosses violently through the streets, unsettling another one of Life Class’s motifs: displacement.

“Yes, I’m very interested in the whole idea of displacement because I think it’s the big theme of our time,” says the author when I comment on the cultural hybridity of her characters. Serving chai at her dining room table, Charney, who herself arrived from Poland with her parents at age eleven, continues: “Everybody is moving, populations are shifting. You know, there’s a lot of migration, a lot of refugees, and societies that were homogeneous before, like Quebec used to be, and other places, even Sweden, are suddenly being infiltrated by all sorts of people who are not part of the culture. So, I’m interested in the people who arrive from distant places and how they sort of had to reinvent themselves to fit into the new culture.” 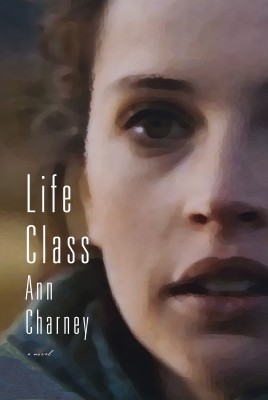 Exemplifying this kind of shift is Charney’s savvy heroine, Nerina, who reinvents herself more than once to improve her conditions. When Life Class opens, Nerina is an illegal immigrant, biding her time at an exploitive hairdressing salon job in Venice. Being an orphan from the war-torn former Yugoslavia only fuels her dream of starting fresh in America. Resourceful and adaptable, she is quick to seize opportunities, unafraid to roll up her sleeves for the hard work of redesigning her destiny.

“Well, it’s resilience that interests me most,” says Charney, when I ask about the recurring theme of turning things around. Having spent early childhood in German-occupied Poland, she writes with first-hand experience of war: “The very first book I’ve written [Dobryd, an autobiographical novel] was a book that had to do with a family caught up in the Holocaust, and what happens to them afterwards. And I was absolutely determined not to write about them as victims … I don’t ever want to create heroines in novels who are victims, who sort of let life act upon them rather than acting upon life.”

While Charney says she hasn’t got the answers as to why some people are better than others at surmounting hard obstacles, it’s a trait she admires: “I feel we can learn from the people who show this kind of resilience, and I think they’re good role models.”

True to the author’s vision, Nerina is a courageous overcomer. After several moves, and a number of tedious jobs to make ends meet, she eventually begins to shape a career in the contemporary art world, making allies along the way, including the equally enterprising Helena, a stoic seventy-ish woman with a Polish-Jewish background.

Like her protégée, Helena is driven, despite a dark past. Serving as “Canada’s honorary consul in Venice,” she has a knack for spotting hidden talent and has carved out a niche for herself acting as a liaison between artists and rich patrons. Observing Nerina sweeping up hair at the salon, she senses there is more to the girl than meets the eye, and finds her a job keeping house for wealthy Americans in Venice, thereby upgrading her network.

Although the road to success is serpentine, and Nerina’s initiation to America is hardly glamorous, the heroine turns even unsatisfactory situations to her advantage. Tucked away in a sleepy village for the winter, she uses the long, lonely hours to read and improve her English. From a favourite find, Vanity Fair, she copies, “She had the dismal precocity of poverty,” later gaining Helena’s approval when she recalls the line in conversation. “Substitute the word ‘war’ for ‘poverty’ and you have the same result…. Precocity, no matter how hard-earned is always an advantage,” notes her benefactress.

Charney, who counts Vanity Fair among her own favourite novels, says that something about the line has always resonated  with her and proposes that “misfortune can be very bracing.” Comparing Nerina to “a sort of contemporary version of Becky Sharp” (though perhaps “not as complicated and maybe a little nicer”), she contemplates the street smarts that may result from early adversity: “It kind of spares you of illusions and romanticism; you have kind of an idea of human nature. You know, I mean Nerina is about 10 when the war is over in Sarajevo, and she’s old enough to have heard and maybe seen that neighbours turn on neighbours. That makes you look at the world very differently than somebody who grows up in a house where they’re told about brotherhood and everybody loving each other and being good neighbours and all that kind of stuff. It doesn’t prevent you from being any of these things, but it spares you from false illusions.”

Echoing her heroines’ no-nonsense manner, Charney’s writing is spare, unsentimental, and greatly propelled by dialogue: “I’m not conscious of style; I am conscious of language,” explains the author. “I rewrite everything I cannot tell you how many times. Everything has to be totally clear, and as simple as possible; I don’t like, you know, lyrical prose or poetic prose; I like things to be absolutely limpid and clear and easy to understand; and that does not come easy … the simplest sentences are the ones you spend the most time on, perhaps.”

Charney’s linguistic tendency to expunge superfluity is consistent with her heroines’ practicality. In Life Class, “Nerina can sympathize with Helena’s desire to wipe the slate clean. She herself doesn’t go out of her way to tell people she was born in Sarajevo.” Asked whether this is a necessary component of self-reinvention or a symptom of denial, Charney favours the former. “For Nerina, it’s that she doesn’t want to be defined as the person who was born in Sarajevo. Because it conjures up instant reactions in people’s heads. So, I don’t think it’s denial … in order to move forward, you can’t have too much baggage with you. And the past is kind of a burdensome valise.”

I am still contemplating Nerina’s metamorphosis when Charney sees me to the door and points out a piece of artwork on her wall – Trees – by her late husband, to whom Life Class is dedicated. Walking to the metro, I note the nimble sway of bare branches against the wind’s wild whippings, and my mind gets swept back to Melvin Charney’s Sculpture Garden at the Canadian Centre for Architecture, a place I’ve been especially drawn to over the past year, and where I’ve often photographed a particular tree, dazzled by its transitions throughout the seasons. Stepping into the underground, I recall a comment Ann Charney made earlier, “Life is all about change, and how people cope with change,” and, on this night, I decide to try a new route. mRb