It’s tough to argue with the kind of the success enjoyed by author Bryan Perro. Author of the hugely popular Amos Daragon fantasy series, Perro has outsold Harry Potter in Quebec, seen his books translated into eighteen languages, and this summer launched a multi-media theatrical extravaganza based on the adventures of his twelve-year-old mask-wearing hero. 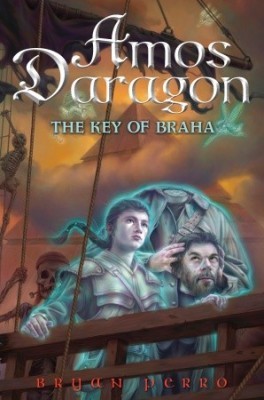 French-speaking kids have made Amos Daragon a phenomenon and Perro has written twelve books chronicling Amos’s quest to collect the magical stones he needs to realize the full potential of his destiny. The first book, The Mask Wearer, was published in French in 2003. Now, in 2012, the English translation of the second installment, The Key of Braha, is available in Canada. While it’s too soon to tell if the English version of the Amos books will be as hugely popular as the French original, one doesn’t need to read too many pages into The Key of Braha to see that Perro has a clear idea of what kind of content will sell to his strongest demographic – nine to twelve-year- old boys. Between the pages of this second Amos Daragon novel you’ll find generous helpings of blood and gore, a cast of hideous immortal monsters, despicable villains, and virtuous friends. There’s a labyrinthine plot involving a cast of fantastical characters – Jerik the headless servant, Beorf the humanimal who can change from boy to bear whenever it’s required, and Arkillion, an Elf who is king of the thieves. A good portion of the novel takes place after Amos has been killed (he successfully resurrects himself later), which allows Perro lots of room to play with settings and situations in the underworld. There’s even some prepubescent erotic titillation in The Key of Braha in the form of eleven-year-old Lolya who appears with pierced belly button and midriff–baring animal- skin garb.

There’s no question that Bryan Perro has put his finger on the pulse of his readers. And it is certain that Amos Daragon has motivated some kids who were previously held captive by their game consoles to check out the written word. But as Spiderman so wisely said, “With great power comes great responsibility.” Perro might consider this as he embarks on his next literary adventure. Now that he’s gotten the ear of the younger generation, it’s time to use his success to inspire kids with literature that has the capacity to transform them, rather than just giving them what sells. His hero Amos Daragon wouldn’t want it any other way. 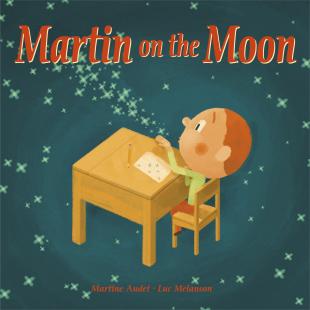 Martin on the Moon
Martine Audet
Illustrated by Luc Melanson

Martin is a dreamy five-year-old confronted with the reality of kindergarten. He must leave behind the beautiful blue river, the lightening streaking across the sky, and the universe’s glittering stars. He must sit at a desk like the other children and concentrate. But Martin can’t keep from traveling to the moon in his mind. When the teacher discovers him blowing kisses into the air, Martin is horrified, certain he will be punished. Instead he finds that there’s room for both daydreaming and poetry in his kindergarten class. Luc Melanson’s simple drawings compliment the narrative and Martine Audet’s text reminds us that the schoolroom should always include a place for a young child’s imagination. 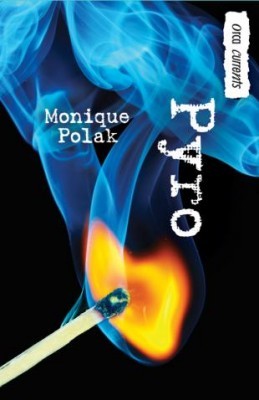 Montreal writer and teacher Monique Polak loves stories and she has thirteen novels to prove it. But if you think this prolific writer spends her days hidden away from the world bent over a desk in a garret, think again. Polak divides her time between teaching English at Marianopolis College and writing both fiction and non-fiction. She lists jogging and riding her sleek grey bicycle as some of her favorite fair-weather pastimes. She also recently picked up boxing, and, though she claims it’s something she’s started as research for her next novel, her enthusiasm suggests she’s added another activity to her list of things to be passionate about.

Pyro is Polak’s latest novel and is published by Orca Press as part of their Currents Series. Books included in Currents are intended for readers ten-years-old and up. The content is edgy and the books are on the slender side – Pyro comes in at 119 pages. The idea is to provide young people, including those who might be reading below their age level, with something to sink their teeth into. The stories are accessible in terms of writing style, but the plots and characters are engaging enough to guarantee that the reader will keep turning the pages.

Polak’s books have always been filled with intriguing protagonists: multi-dimensional kids struggling as they reach towards whatever the future holds for them. In Pyro we meet Franklin Westcott, the fourteen-year-old son of the mayor of Montreal West. Franklin is watching his mother cheat on his dad, and his dad pretend that there’s nothing more important than the results of the upcoming election. It’s summer vacation, and aside from his job weeding gardens, there’s not a lot for a kid in the suburbs to do. But Franklin’s got a secret. At night he sneaks out and sets fires. It relaxes him and so far no one’s gotten hurt. But when Franklin’s mother moves out to shack up with her hairdresser boyfriend, Franklin discovers that he needs bigger and bigger fires to help him forget his troubles. And when someone else starts setting fires in the neighbourhood things start getting scary; for Franklin, for the innocent homeless man, Bob, who is falsely accused, and for everyone else in the community.

Franklin’s not perfect; he’s a believable character who has to learn from his mistakes. His new friend Tracy helps him on his quest to find some measure of peace, and like the best books for young adults, Polak’s novel allows the kids to find the solutions on their own. The end of the novel finds Franklin and Tracy looking towards the future and Franklin ready to accept his parents, flaws and all. Despite the book’s relatively short length, there’s a satisfying plot including enough twists and turns to keep the reader guessing until the final chapter.

Polak’s other novels have tackled a variety of weighty subjects including a fictionalized account of a young girl’s incarceration in a concentration camp during the Holocaust in What World is Left. Whether she’s taking us back in time to Europe in the 1940s or into the mind of an adolescent boy living in the West Island of Montreal, Polak stays true to her passion for telling tales. 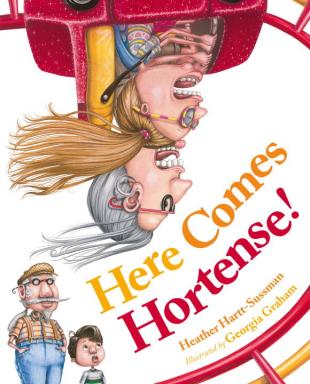 There’s nothing better than a picture book that uses humour to teach us important life lessons. In Nana’s Getting Married, Heather Hartt-Sussman introduced us to the boisterous live-life-to-the-fullest Nana, grandmother to the disgruntled six-year-old narrator. Now we have the next installment that finds Nana and her new hubby Bob – who sports a long grey ponytail and drives a painted VW hippy bus with tie-dyed curtains – taking the narrator on a trip to WonderWorld amusement park. Everything seems perfect until Bob’s granddaughter Hortense appears on the scene. Suddenly a special trip with Nana and Bob turns into a full on competition for the attention of fun-loving Nana who seems to have a lot more in common with the daredevil Hortense than she does with her own grandson. By the end of the trip, the narrator learns that there are two sides to any story, and we’ve all come a little closer to understanding how to navigate the challenges and changes that are an inevitable part of family life.