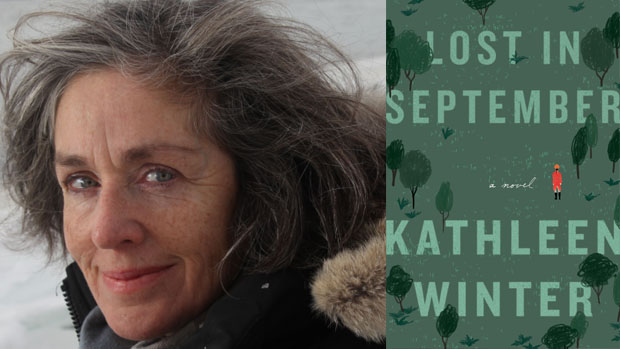 “The curfew tolls the knell of parting day...”

Alot can happen in a week and a half. Or not. Imagine what you might miss if eleven full days suddenly disappeared from your calendar. Days for which you had plans. Big ones.

That’s what happened to James Wolfe – precisely seven years before he went down in history as Major General James Wolfe, “Conqueror of Canada,” achieving victory over the French on the Plains of Abraham, yet losing his own life in battle. In his twenties, Wolfe, who had served since the age of thirteen, was looking forward to pursuing his passions – poetry, music, and dance – in Paris, during an intensely yearned-for leave. Yet, to his deep disappointment, the fates had other designs, and his break was cut short. It was 1752, the year Britain switched from the Julian calendar to the Gregorian, and like every other British citizen, Wolfe lost eleven days in September. Not just any old days, but eleven precious leave days in poetic Paris. 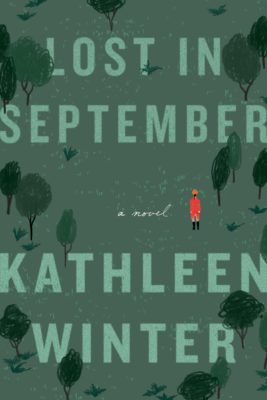 It’s the first week of September when Kathleen Winter and I meet at La Grande Bibliothèque in the heart of Montreal. The author, whose widely acclaimed Annabel (2010) was shortlisted for multiple awards, including the Scotiabank Giller Prize, the Governor General’s Literary Award, and the Rogers Writers’ Trust Fiction Prize, is about to launch her latest novel, Lost in September, which is mainly set here, in her beloved, adoptive Montreal. Born in the north of England and raised in Newfoundland, she says, “It’s evidence that Quebec really is my home, and I think always will be.”

In this deeply layered, poetic, and empathic psychological novel, James Wolfe reappears – in 2017. Traumatized James, or “Jimmy,” wanders the streets of Montreal and Quebec, homeless and haunted by war, his loneliness palpable as he tries to come to grips with the plastic facades of modern life, and continues to grieve his lost eleven days.

It feels fitting to discuss the novel during the very period that structures its main body, September 2 to 13, 2017, marking the anniversary of Wolfe’s lost days. “It does feel strange to be in that window of time,” says Winter, whose book’s well-chosen release date is September 12 (Wolfe died on September 13, 1759). “And right now, it’s true; you and I are talking while, in the fictional world, he’s wandering around.”

Between the time he became a child soldier and his death, Wolfe penned over 200 letters to his mother, which Winter read. “As soon as I went to the Fisher Library and started to read the original letters and handle the paper, then that thing happened where it became not historical but very immediate,” she relates, adding that Wolfe’s relationship with his mother was complicated. “And he wrote about picking strawberries and finding them incredibly sweet, and being seasick and having a major depression. And all those things were so different from the sort of iconic little military guy in the distance that we all have heard of before.”

Lost in September is a touching, masterfully crafted story, laced with biting bits of humour thanks to Jimmy’s tough-love companion Sophie, as well as disquieting reminders of war’s tolls and some of the regrettable, inhumane real-life actions of Wolfe and his men.

Writing Lost in September, Winter drew from Wolfe’s correspondence, contemplating the famous figure as an individual, focusing on his human perception, which she distinguishes from the mission with which he was charged. Using intuition and imagination, she has fleshed out a complex character rich in nuances.

In the novel, modern-day Jimmy claims to be the real Wolfe, spawning mystical musings. One wonders: Is he really the reincarnation of Wolfe? Or is he simply a well-read veteran from a more recent war, with PTSD, plagued by ancestral memories or delusions of grandeur? As tension mounts over the ambiguity of his true identity, the reader is gently tugged from certainty’s comfort zone, to where satisfaction stems from asking questions rather than answering them. Read either way, Lost in September is a touching, masterfully crafted story, laced with biting bits of humour thanks to Jimmy’s tough-love companion Sophie, as well as disquieting reminders of war’s tolls and some of the regrettable, inhumane real-life actions of Wolfe and his men.

Thomas Gray’s “Elegy Written in a Country Churchyard” comes up in the novel and our conversation, a poem as precious to “Jimmy” as it was to the historical Wolfe, whose personal copy is preserved at the Thomas Fisher Rare Book Library in Toronto. It seems paradoxical that the same man who reportedly quoted it to his officers on the eve
of the Battle of the Plains of Abraham would be capable of the kind of brutality required of him on the field. “Gentlemen, I would rather have written that poem than take Quebec tomorrow,” historians agree he said. Winter, who loves poetry, says she “read it over and over again,” and explains it “is about an ordinary man who’s free to be himself, and a famous public figure who isn’t.” Wolfe, it seems, was reluctant about becoming a general, and would have preferred to remain second in command. Asked whether he ever questioned his mission, Winter replies: “He questioned it all the time. And in the letters, he does say, ‘I fear that I’m becoming barbaric.’”

Winter’s character took on new dimensions when, halfway  through writing the book, the author began drawing from accounts by soldiers in more recent battles, like Afghanistan. “The more I read, the more I saw how, no matter how much time has gone by, things are remarkably similar in a lot of ways, such as altering your uniform so it doesn’t snag on the bushes, and just the little everyday things. And the more I got immersed in researching what battle is like now, the more the voice of my character began to say to me, well, ‘What if I am more like Buffy Sainte-Marie’s “Universal Soldier”?’ … I kind of grew to feel that the story was more interesting if it was about today’s soldier who included yesterday’s soldier in the same being.”

The resulting poignant dance between fictional Jimmy and historical Wolfe shakes loose the kinds of lies that keep war designers in business. “Maybe there’s a smaller difference between a Quebec fisherman’s family and my own than England’s kings might wish its soldiers to believe,” Jimmy says, awakening to hidden agendas. Meanwhile, the land in Lost in September challenges illusions that it can be owned, asserting the same supreme power and grace conveyed in Winter’s exquisite non-fiction title, Boundless: Tracing Land and Dream in a New Northwest Passage. “In spite of what the river has experienced: every crisis, every freeze and thaw, every passing canoe and every sunken suicide, it remains recognizable,” notes Jimmy, awestruck by the St. Lawrence’s staying power.

Throughout it all, past, present, and future spin like glass revolving doors, mirroring each other in a timeless now, awakening one’s senses to the invisible. “I’ve just always felt that in some way, intuitively, all time exists at once,” says Winter, recalling a verse from Ecclesiastes that comforts Jimmy in her book: “That which is, already has been. And that which is to be, already has been. And God seeks what has been driven away….”

Later, outside the library, the notion of time’s porousness continues to press on me. The sky sulks, grey and glum, conjuring Winter’s character so convincingly, I look twice at a man slumped in the alley, half-expecting to see Jimmy. I feel fortunate for my time spent talking books and culture with Kathleen Winter in poetic Montreal – an afternoon Jimmy would have loved. And as I head home to write this piece, contemplating how the past reaches out to be touched, somehow, Wolfe’s September seems a little less lost. mRb