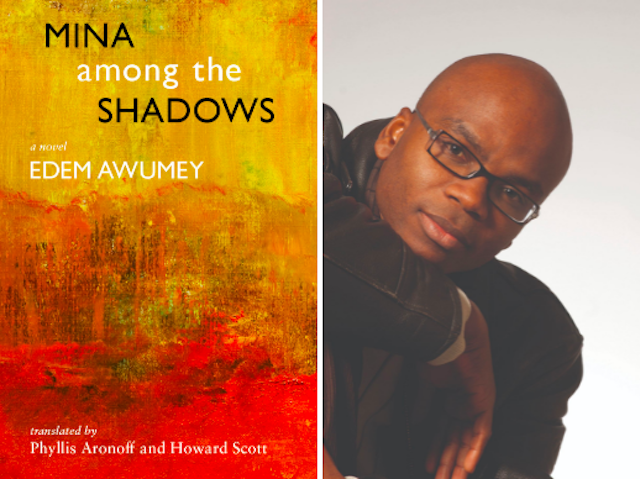 Mina Among the Shadows

A unique blend of mystery, political commentary, and magic realism, Mina among the Shadows is first and foremost a story about love. Between an exploration of religions, politics, and myths, author Edem Awumey weaves an unconventional romance between his narrator and an elusive woman who lives in flashbacks for most of the novel.

Set in an unnamed African country, Awumey’s fifth book follows Kerim, a photographer now living in Canada, back to the suburbs and neighbourhoods of his childhood as he tries to figure out what happened to Mina, a lover and friend whom he hasn’t heard from in over a month. Through short, briskly written chapters, we meet a varied palette of people accompanying Kerim’s journey back to Mina: another former flame nicknamed The Captain, the secretive landlord of a bookstore, a corrupt and sleazy politician, a violent police commissioner, a poetic graffiti artist. It’s a cast of characters worthy of a televised Nordic noir, populating places that often feel quite cinematic, from a derelict squat to a bustling port city swarming with flies. Mina always shines through, as Kerim reminisces on their passionate relationship and investigates whether his country’s growing extremisms – evangelical and Islamist – might have sucked her in. Was she involved in something shadier? Or is she just hiding from him? 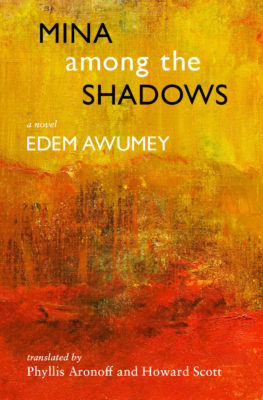 A question from a fan during a press tour inspired Awumey to craft his own version of a love story, to stray from the more harrowing themes of his previous books. “Why are your stories so sad? Why don’t you write something with a happy ending?” laughs Awumey, recalling the fan’s question. Later, when he found a vintage camera in his father’s possessions, along with an old photograph of his mother wearing a bright white dress, it sparked the idea for a novel about a photographer searching for his favourite long-lost muse. He even wrote the scene into his book: Kerim remembers finding a vintage camera among his deceased father’s belongings and finds the same image of his mother.

It’s far from the only autobiographical element woven in the story. Born and raised in Togo, but a resident of Quebec for the last two decades after a few years’ studying in France, Awumey shares Kerim’s experience of returning to a country in flux. While Kerim rediscovers his birthplace through his photographs and quest for Mina, Awumey does so through his writing. Of course, the country he describes in Mina among the Shadows isn’t exactly Togo, even though he says you might recognize cities or regions if you’ve travelled there. This place is vaguely located along Africa’s Atlantic coast, defined by obviously descriptive place names like Port for its main coastal city and La Savane for its wilder northern region.

According to Awumey, this geographical anonymity was important to reflect that the realities of Togo – the rise of extremist groups, religious tensions, and violence – aren’t confined within the country’s borders. He points to the colonization of Africa during the late nineteenth century, when great European powers took a map of the continent and drew up their own borders to split it up among themselves. “Togo is a former French colony and that’s where I’m from,” says Awumey, “But I can also relate to Ghana, to Niger, to Nigeria, to Burkina Faso. We’re witnessing the same problematics in those countries as in Togo.”

“Magic is part of our reality. People turn to magic to explain the inexplicable when they fail to make sense of what’s happening around them.”

In Mina among the Shadows, one of these problematics explored is the development of an extremist form of Islam. When Kerim discover that Mina’s brother has become a sensationalist imam drawing crowds with fiery rhetoric, he worries that Mina might have converted and disappeared somewhere in the north. Alternately, when he learns that she was tutoring the children of an ultra- conservative government minister, he starts thinking that her liberal and progressive views might have led her to be silenced. He witnesses a terrorist attack in a theatre and wonders if the suicide bomber, a woman, was Mina, but then later stands on the street as anti-government pamphlets are distributed and thinks that maybe Mina wrote them. Did she join the push to conservatism, or is she rebelling?

It’s a crossroads faced by most of the women in the book. While Mina, caring and seemingly fearless, dominates the spotlight, she’s not the only strong-willed woman occupying Kerim’s periphery. There’s his outspoken mother, the quietly intelligent Solange, the artistic Shara, and the vivacious Rosine. In fact, as a narrator and photographer, Kerim almost best serves as a documentarian of these women’s stories, through his photographs and memories. In one scene, several women, including Rosine, strip and stand in front of police officers completely naked to block them from entering a squat and evicting its inhabitants. For Awumey, this female perspective was essential to his story. “Women are often at the forefront of the fight against repression, against colonization. Throughout our history, they have left their homes to protest. They are also the first to be impacted by extremism. I wanted to show all these women: the women who stay, those who leave, the widows left alone to reinvent themselves, the women who choose the veil, or those who are forced to wear it.”

The story isn’t just steeped in these very real ideologies and their consequences, it’s also complemented by magic and myth. Running in parallel to Kerim’s search for Mina is the tale of the “Shadow,” a kind of creature taking over the country. Its tale resides in separate sections preceding many chapters, like miniature, magical prologues in which gods from African mythology also figure. “I wanted to give visibility to African gods that were erased by colonization or by new prophets and religions,” explains Awumey. He adds that the Shadow is the embodiment of growing intolerance, extremism, ignorance, and xenophobia. “Magic is part of our reality. People turn to magic to explain the inexplicable when they fail to make sense of what’s happening around them.” As a fan of fantasy and magic realism, I almost wished that these sections eventually leaked into the main plot, that the gods crossed over to Kerim and friends, but perhaps that’s a completely different book that Awumey could also write one day.

I started by saying that Mina among the Shadows is a love story, and that might be what Awumey set out to write, but the result is a strange hybrid beast. The reader who first asked for a happy ending might be disappointed, or very pleasantly surprised, by the conclusion Awumey settles on. While it may solve the plot’s main mystery, it reveals a deeper, more complicated relationship that’s much harder to conclude – not between protagonists, but between people and place.mRb