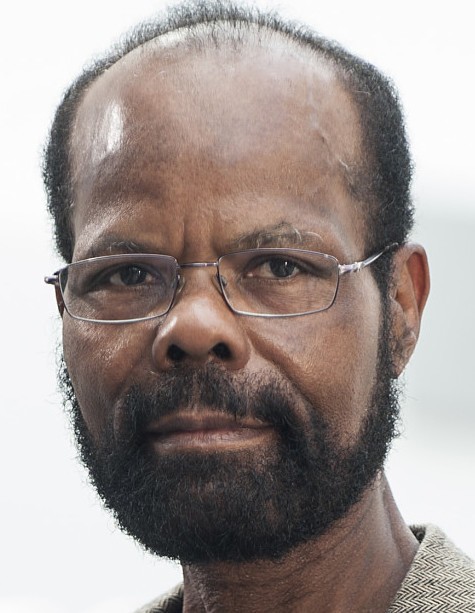 Can You Go Home Again?

“Not everything that is faced can be changed; but nothing can be changed until it is faced,” wrote James Baldwin, an apt epigraph for No Safeguards, the new novel by H. Nigel Thomas. Cultural memory often involves a good deal of willed forgetting, an overlooking of painful parts of experience in favour of a dominant narrative. In No Safeguards, Thomas grapples with the complex bonds and migrations of a Vincentian family, among those people often left out of conventional Canadian histories.

No Safeguards centres on two brothers, Jay and Paul, as they come of age in St. Vincent, and later, in Montreal. Their lives are complicated by the fact that both are gay and their parents subscribe to intolerant fundamentalist Christian beliefs, complete with hellfire and damnation. Fortunately, they have an enlightened grandmother with a comfortable home on the Caribbean island, which provides a refuge. When their mother flees her abusive husband, the brothers join her in Canada, which the family sees as the promised land. 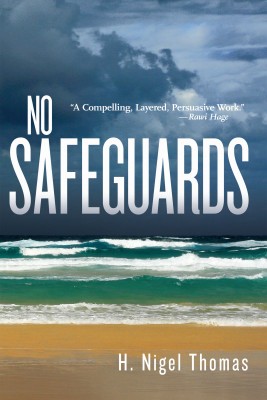 As fall draws in, I invite Thomas to my home to talk about his life and work over coffee and scones. One of my first questions is how closely the novel hews to his own history. “It’s not autobiographical in any factual way,” Thomas tells me, though he acknowledges parallels in the violence of the father and in the inspiration of a grandparent. Thomas grew up with his maternal grandparents in a village called Dickson, actually named for his great-great- grandfather who was a land surveyor in Great Britain and was given the property on St. Vincent that became Dickson’s village. When Thomas was three years old, he chose to live with his grandparents because of his father’s violence. “My grandparents gave me something I didn’t find at home,” he says. “They were affectionate.” Like Grama Kirton in No Safeguards, Thomas’s grandfather kept a journal and was an avid reader and storyteller. “He taught me to read before I went to school. Growing up, I didn’t see myself as a writer. I loved literature and wanted to be the best English teacher ever.”

Thomas achieved that goal in Canada. He arrived in Montreal in 1968 at the age of twenty-one, “eager to experience life on a continental scale.” After teaching English and French for a dozen years, he went on to earn his PhD and was appointed assistant professor of US Literature at Université Laval. Since 2006, he has devoted himself to writing full time.

So how did the writing start? “With poetry,” he tells me. “In my late twenties, I realized the thoughts and images in my head were poems. Then the characters came and told me their stories – very late at night,” he adds, laughing. “I realized if I wanted to get any sleep, I’d better write them down.”

In No Safeguards, Thomas deftly delineates the contrasting natures and physicalities of the two brothers and their divergent paths. While Jay, the elder by six years, is tall, lean, and regal with close-cropped hair, Paul is short and portly, sporting dreadlocks. Jay is cautious, contained, and formal, while Paul is impulsive, outspoken, and wild. The tension between them and the different roads they must take to discover their identities form the core of the story. “I realize since I wrote the novel that Paul may be a side of me I wasn’t ready to acknowledge,” Thomas admits.

The family dynamics are well drawn and heart breaking. Father Caleb, otherwise known as Pastor Hallelujah, must split rocks for stonemasons in order to feed his family because he does not qualify for the stipend doled out by white missionaries. In his frustration, he beats his wife and his son Jay “with compound interest,” becoming a dissolute alcoholic when they flee to Canada.

Thomas’s strengths are voice and dialogue and he has a lively sense of humour. Paul’s speech, rap music, and poetry are seasoned with wit, poignancy, and power, as he incessantly needles and confronts his older brother. There is a priceless scene in a Montreal gay club when Paul says, “Tonight you’ll give it up, Bro. Besides, let’s face it: brothers who sin together bond better.”

Thomas also evokes landscape with a painterly brush. In St. Vincent, the fishing canoes look like “whales with their humps above the water. The waves, like long rolls of white lace unwinding and rewinding … the sea a lolite plain, out of which leaping flying fish created momentary silver flashes.”

No Safeguards is a dense, meditative book about the wounds of history filtered through memory. Voices and stories are embedded within other voices and stories like the layers of an onion. For example, Jay narrates, but his voice disappears into the words of Grama’s diary, and then into his mother’s retelling of her own life story, and later into the poetry, rap songs, and letters of globe- wandering Paul. Though these are meaningful ways in which family histories are passed down, they do not always work optimally in narrative form. These filters dilute material that would have been more immediate if dramatized in scenes. Too much of this story is told, rather than lived. For example, the great ice storm occurs during the brothers’ first winter in Montreal. What a powerful scene we might have witnessed through their eyes, boys used to the sultry heat of the Caribbean. Instead we are told only that “the traumatic experience of the ice storm … left us in awe of winter’s destructive power.”

Another narrative challenge is that Jay is a self-sacrificing caretaker, and thus, his own needs and desires are repeatedly subsumed by those of his family. As a result, he becomes a kind of invisible man. Fortunately, Jay comes into his own in the final part of the novel.

Jay does well in Montreal, completing university and working toward a PhD in history, but his dream is to travel to Africa and then to resettle in the Caribbean. But due to anti-homosexuality laws, gay people are tortured, imprisoned, and murdered in parts of Africa and the West Indies. To be gay in those countries, as Jay puts it, “is to be subhuman.” If he goes home again, he fears the need to conceal his authentic nature, or he must remain in exile.

Jay’s concerns are rooted in Thomas’s own experience. He sees the themes of his novel as “the accommodations we must make to live in society, as well as the high cost of repression.” In 1994, despite rampant homophobia in St. Vincent, Thomas came out publicly there. “This was the first time my family knew I was gay, the first time friends knew.” He was forty-seven years old. These days, he often goes back to his home island to see his siblings.

Thomas is prolific, the author of three previous novels, three collections of stories, and a volume of poetry. He shows no signs of slowing down. In fact, No Safeguards is the first volume in a tetralogy. It will be interesting to see what awaits Jay and Paul in the future. As for Thomas, he simply plans to follow his muse. mRb

Ami Sands Brodoff's latest book is the collection of stories, The Sleep of Apples, a finalist for the International Book Awards, and forthcoming as an audible book with ECW Press. She is at work on a new novel, Treasures That Prevail.