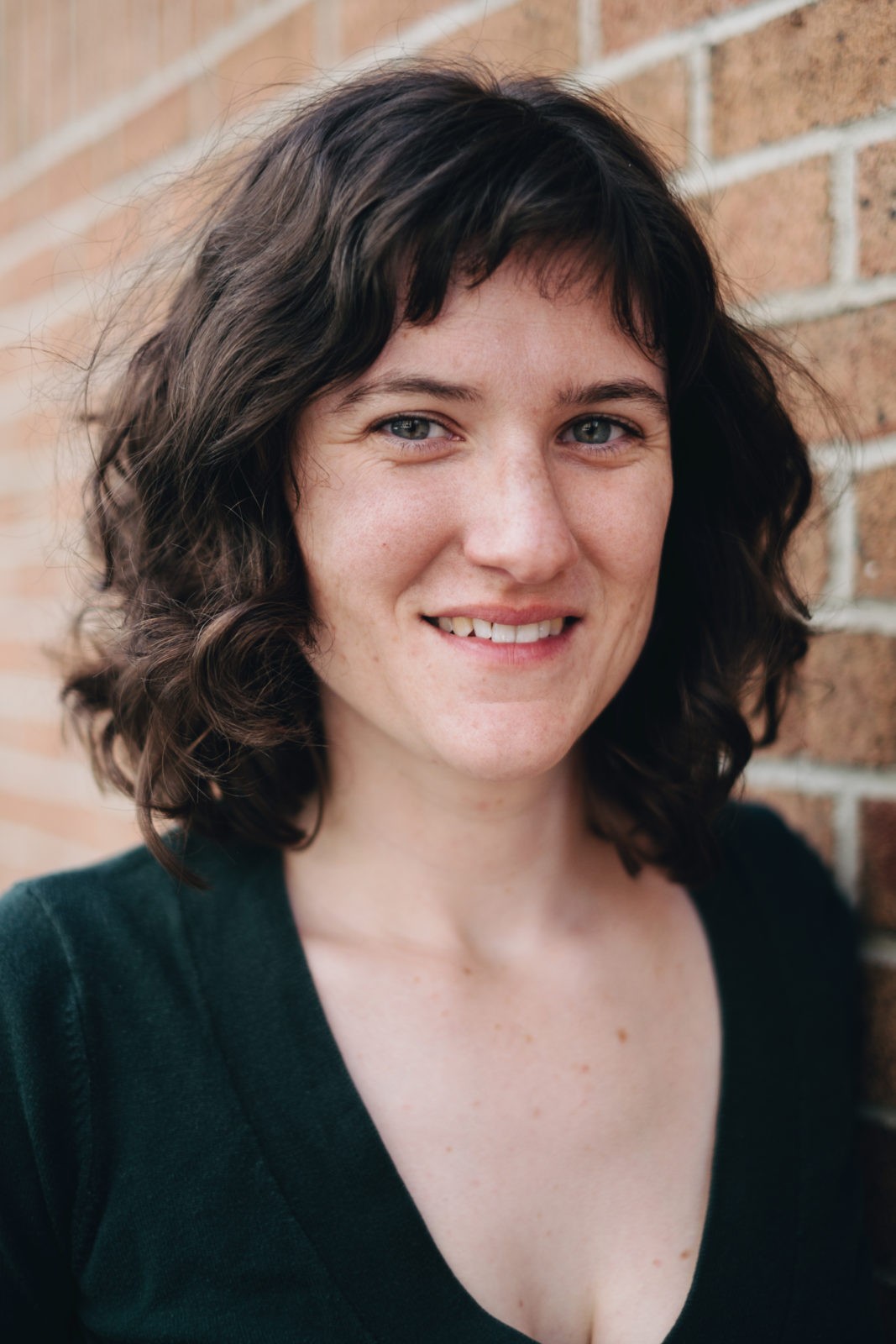 In the conclusion to her book, Spin Doctors: How Media and Politicians Misdiagnosed the COVID-19 Pandemic, Nora Loreto writes: “You know how this turns out. You know whether the delta or lambda variants trigger a fall wave in Canada. […] You know if COVID-19 sticks around until 2022, if the global death toll hits ten million or if COVID-19 dies out.” Reading Spin Doctors just after the new year, in the midst of the fifth wave triggered by the Omicron variant’s rapid spread, Loreto’s direct address to her reader feels particularly prescient. Though Loreto wrote the conclusion to her book in July 2021, Spin Doctors’ insights can help us parse the ongoing mismanagement of the COVID-19 pandemic and cut through the fog of crisis communications.

In April of 2020, Loreto – a writer, activist, and editor of the Canadian Association of Labour Media – began compiling a spreadsheet tracking COVID deaths in residential care. To her surprise, neither the Quebec government nor mainstream media organizations were publicizing such data. By August, Loreto felt that in combing through articles and reports on a nightly basis, she had done enough research to write a book on how the pandemic had been managed and covered. She pitched the idea to her publisher, Fernwood Publishing; by July 2021, she had submitted a draft of the book, and Spin Doctors was published in November 2021.

When I ask Loreto about writing Spin Doctors during the pandemic, she tells me, “it was cathartic to write for an audience I was hoping would be outside the pandemic;” the book allowed her to pour her anxieties about COVID into research and writing. That said, she adds, “it was really hard as well. It was a huge task to remove myself from homeschooling while writing about schools – being in the middle of having to deal with a kid who’s home because of a COVID exposure, and pulling myself together enough to produce the 3,000 words I had to write that day.” Ultimately, though, she wrote the book “in the hopes that it would remain an important reference book for what happened in the first months.” Spin Doctors is exactly that. 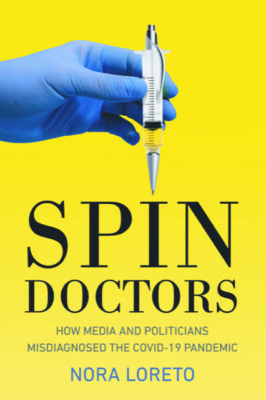 The book is structured chronologically, with each chapter covering a month between March 2020 and March 2021. This structure, however, is somewhat “fake,” as Loreto says in our interview. The chronology helps frame how the pandemic unfolded, but each chapter mostly discusses a theme: residential care, food processing industries, systemic racism, the “lie of personal responsibility,” CERB, schools, migrant workers, vaccines, gender, disability, workplace spread, and media budget cuts. While Loreto links the timeline to the themes discussed in each chapter, this structure makes the book a bit repetitive at times. Each chapter aims to comprehensively cover the theme at hand, but, in so doing, chapters often overlap.

On the whole, though, I think the chronological structure is important to the book’s mission: by opening each chapter with a paragraph situating the reader in time, Loreto brings us back to each month of the first year of the pandemic – to each wave, to the messaging at the time, to where we were when all of this was first unfolding. She reminds us that the response and messaging around COVID has not been stagnant – that how the pandemic has been managed by governments and covered by journalists has changed significantly over the course of the last two years. When Omicron hit, many of us were reminded of March 2020, but Loreto encourages us to resist this parallel. She reminds us to be attuned to these changes – to resist the way that history is often flattened to naturalize the present.

Throughout the book, Loreto argues that COVID-19 was grossly mismanaged by politicians, and that thousands of deaths could have been avoided, especially those caused by outbreaks in residential care homes and congregate workplaces. She also argues that – due in part to significant media cuts (over the last decade, but especially in the last few years) and in part to the shared interests of media owners and politicians – the media failed to hold politicians and governments accountable for their handling of the pandemic. In Loreto’s view, the lack of critical journalism in Canada has negatively affected how we understand the pandemic.

Furthermore, Loreto accuses the media of mismanaging public health messaging by perpetuating the view that contagion is an individual rather than collective issue. In neglecting to cover workplace outbreaks in congregate settings such as factories and food processing plants, she suggests, journalists shifted responsibility away from politicians and onto individuals.

Lastly, she writes that by arguing that everyone was just doing the “best they could,” journalists and politicians have successfully evaded blame for their hand in mismanaging the pandemic. In allowing us to understand, step-by-step, how the pandemic unfolded, Loreto encourages us to be critical of current responses to ongoing waves of COVID-19 – to the ongoing mismanagement of the pandemic – and to hold governments to account.

A different version of this book – one written, perhaps, with more time or with more room for hindsight – would go into greater detail discussing how austerity policies over the last thirty years have chipped away at public health infrastructure in this country. Loreto gestures to austerity measures throughout the book and cites examples of programs which were defunded in the interest of balancing neoliberal budgets, but she does not explicitly discuss the link between budget cuts and public health. While the history of austerity and neoliberal economic policy is beyond the scope of a book that aims to closely analyze the first twelve months of the pandemic, I think this context is crucial to our understanding of Loreto’s subject matter.

In our interview, she clearly shares this view; she cites Lucien Bouchard’s déficit zéro as key to Quebec’s crumbling health care system, and tells me that COVID-19 is “the perfect storm of all of the problems that so many of us have been screaming about for decades coming home to roost. And now all I have to say is ‘What did you expect?’ What did anybody expect would happen?”

I wonder whether, in a Canada with a healthy media landscape, with the resources to make critical journalism not only viable but also mainstream, Loreto’s book would have been a series of articles published to a wider audience as the pandemic unfolded; if a book chronicling the first year of the pandemic would have had more space to analyze structural issues, rather than be primarily concerned with chronicling the history so that there is a critical record at all. But given the current media landscape, Spin Doctors is an important read.

The policies, governments, and kinds of journalism that Spin Doctors implicitly argues for seem intuitive, yet so out of reach. When I ask Loreto about the gap between what is and what should be, she tells me: “We live in a world where for the last thirty-five years it’s been increasingly impossible for citizens to change the minds of governments. We’re not used to seeing that because governments have managed to so effectively co-opt the language of social movements – to make themselves sound like they’re progressive and enlightened, not actively causing harm. And citizens are forced into apathy through debt, work obligations, and the anxieties [of contemporary life] and through being tricked into thinking that any activism they engage with online has the power to change anything. Governments have to be met with activism on the street.”

While I’m sympathetic to her optimism, the current political landscape feels dishearteningly bleak. That said, I want to believe, as Loreto does, that the kind of transformation she proposes is not only possible, but on the horizon.mRb

Athina Khalid is a writer who lives in Montreal.