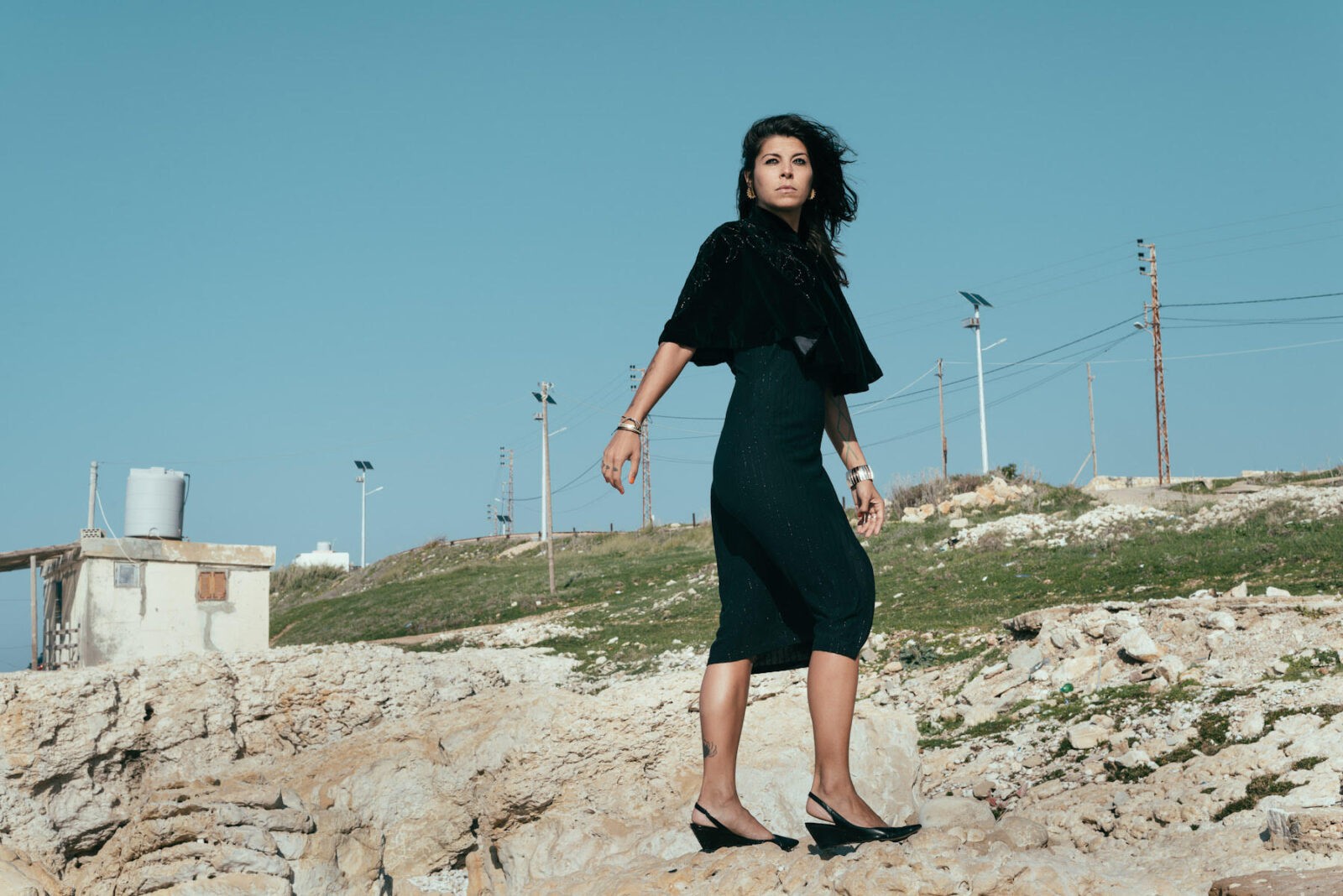 That day at White Wall Studio, I’m late. I miss most of du Plessis’ introductory remarks; I’m struck by how white and airy this place is. du Plessis has described Deep Curation as a “a practice of experimental poetry reading organization that posits curation itself as an art form.” This is what I expect, walking in. And yet, for the first few minutes, the two performers exchange glances, mostly in silence, save for the sound of salt which, kneeling, they pour slowly and methodically into each other’s cups, arms moving gracefully. The ensuing dialogue weaves translation, citation, poetry, and Madonna’s “La Isla Bonita.” Como puede ser verdad? Strange is the spell – at the end of their performance, they return to pouring the salt. 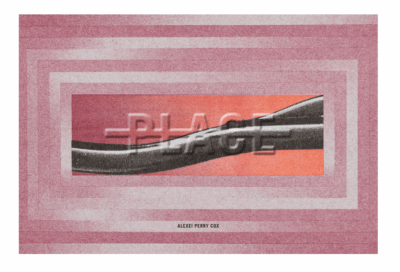 At Larry’s, we order coffee and scrambled eggs. I think immediately how generous Perry Cox is, telling me about her kids, her life, and her writing, as if coterminous – in the same breath, she speaks of moving, teaching, and collaborating on various artistic projects. We talk about poetics. I ask about the horizontal shape of her book. We speak of theory and method (also proximate), and about organizing revolution, a theme which figures prominently in her work. What is meant by revolution in PLACE? What of this radical gesture: this crossing off of place?

I ask about the process of making PLACE, which was written in different places over the course of two years. As with We’ve Weave, the book combines poetics, translation, citation, and song into personal and public histories. It is difficult to pinpoint where the work begins, though she notes a period of disillusionment that moves into a question of what is productive or generative about revolution. In brief, it emerges with the question of language, specifically with “revolutionary language and how you live with that language.” By embodying the words of past revolutionaries, and the “slogans of revolutions past,” such as that of the Cuban Revolution, or the Arab Spring, she constructs a poetics of resistance where “language itself is noted.” As she states in PLACE, “and so everything is a/ question of language.”

To embody the language of change in such places of personal importance is to claim that language as a kind of “knowledge to know.” This circular claim is central to the metaphysical through the concrete “threads” that hold the book together – to its insistence on deliberate action and intention despite the laws of chance and indeterminacy.

In the sections “Public / Private,” Perry Cox engages thoughtfully with translation, specifying in her endnotes, “The transgressing Arabic and English in “[Night 3] [٣ مويلا “[are not individual translations but rather different ways of continuing the same threads of thought in both languages.” So, if translation extends thought in both languages, it follows that writing itself is relational. Along with translation, citation figures prominently in her work in order to emphasize the relationality of language, and the radical potential that inheres in such recognition. The poem “From a certain logic for dis/appearing” is a glosa dedicated to Dionne Brand. Citing from “Verso 24” of The Blue Clerk while also nodding to Edmond Jabès, Perry Cox weaves Brand’s words into lyrics of her own,

You know your conscience cannot forgive
what left you long ago: washed away by summer floods
like a human body loosened from a grip
into something death made transformative:
You cannot live the same life you imagine. You must live.

This citational act takes the act of writing itself into a
life lived, to assert precisely this: that we live.

The word is as the moon’s eclipse is
the distance between my eye and my hand as a highway
with no hope of ever reaching its end or where I begin
to celebrate the choice that answers my life like a quiz:
a smaller life, a more compact life. The life you imagine is.

And time is malleable too –

The present is the time of writing, both obsessed with
and cut-off from an out-of-time brimming with life:
Fabulous a wing unfolding in the paltry field of things
while night finds no consolation in night but in its eclipse:
think this.

This poetics of resistance moves between disillusionment and enchantment to ask: what can we do? How to gather, and with what materials? So, it’s about sustenance, both physical and spiritual. (In her words, “the materiality of immateriality and the play between both.”) Again, by balancing contradiction, Perry Cox points to the relational nature of all things. In our conversation, I can’t help but point out the difficulty in this. She nods; “it’s ambitious to recognize the cells of yourself, the parts that are everything.” But necessary – by emphasizing this connective tissue, PLACE offers radical, strategic, and intuitive ways of being, where “what is beautiful, is revolutionary” and where “Revolution just is.”

To return to the beginning of the book: Perry Cox writes to the reader, “for you: the future revolves around you and your future revolutions and our paradoxes of emancipation.” At Larry’s, she is similarly unwavering in this address; “revolution is accessible, but you have to access it.” Reading, too, is a relational act where exchange happens in “the interchangeable ways we relate to one another,” both on and off the page.

But what of this first “paradox of emancipation”; what of the rebellious crossing off of PLACE? Perhaps the section titled “MATTERS” may offer some directives:

I refer only to matters that make up certain
more subtle forms of logic, which
deconstruct ourselves through concrete
actions against our bodies, or our souls,
which are our lands. I’m speaking about the
fissures through which we’ve come to
understand what’s at stake inside me too,
and you, and what’s lying in wait for us.

A question of land and of self. She asks, “So what can I do?”

a form of allowance / an exertion of force

I try to establish spaces for my gestures
without constricting them, without making
them conditional, keeping them alive for
their small incomplete form(s) of intensity.

PLACE insists on concrete and compassionate gestures, and on reading as an embodied act. It asks us to reflect on the physical, crossing off of place. When I mention gesture, Perry Cox evokes Etel Adnan as a major influence: “It’s about gestures and sharing on a fucking daily level.” The daily is what counts, as in the making of coffee or tea for a visitor. “These are my revolutionary acts.”

How generous, how vibrant this message is. I get the impression that the book is making a demand of me. Perhaps simply that I return to it – and again. It is addressing itself to me and yet elusive, in the poet’s personal history. This ambiguity leaves room for a different kind of knowledge and understanding of revolution: one that revolves around gestures and relation. That is, on instinct, but also “strategy,” or daily calls to action. PLACE therefore insists on love – on a grounded, embodied understanding of revolutionary language that weaves gesture into its conceptual fabric. As in the careful pouring of salt from We’ve Weave.mRb