A review of Deep GirlsPlanet Grief by Lori WeberMonique Polak

Monique Polak is a YA powerhouse. Planet Grief is her twentieth novel and her third release in 2018 alone. As well as writing books, she’s a journalist who contributes regularly to the Montreal Gazette and talks about books on the popular French Radio-Canada program Plus on est de fous, plus on lit. As if that wasn’t enough, Polak is also a teacher of English at Marianopolis College in Montreal. 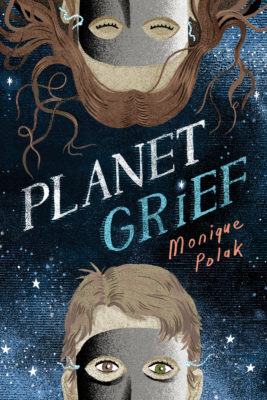 Planet Grief showcases the skills this writer has honed in all three areas of her professional life. The two first-person narrators who take turns telling the story, Abby and Christopher, pull the reader in right away by playing against type. Christopher is a quiet, compliant fourteen-year-old who plays chess to decompress, and Abby is a soccer-obsessed thirteen-year-old who uses biting sarcasm and a tough shell to protect herself from all the pain in her life. Both Abby and Christopher have been forced to attend a grief retreat with their parents in their hometown of Montreal. The only thing they have in common with each other and the rest of the group is that everyone is struggling with the death of a family member. While the parents do their own bonding downstairs, the teenagers are assigned a grief counselor with a comb-over named Eugene. Abby, for one, is not impressed. “I don’t know about Eugene. Maybe it’s the Fitbit or the god-awful aftershave. Shouldn’t a grief counselor seem a little more…well…serious?”

It doesn’t take long for things to get difficult for the grieving teens. There’s an impersonator in their midst, a medical emergency that triggers the trauma they’re all living through, and the wide range of emotional outbursts that are the natural outcome of putting a bunch of distressed teenagers together for a weekend. Those dramas keep the plot of Planet Grief rolling along.

Planet Grief also benefits from a firm foundation of journalistic research. Polak dedicates it to grief educator and counsellor Dawn Cruchet, whose experience and expertise are the inspiration for this book. Planet Grief reads true thanks to Polak’s literary craft and her research, but also because of the writer’s decades-long experience as a teacher of young people. Never one to skirt difficult issues, Monique Polak has given us a book that speaks to the people around us of any age who are struggling with the loss of a loved one.

The back cover of Deep Girls declares it is a revolutionary book in which “the clichés of conventional relationships are tossed aside.” Deep Girls may not manage, in 180 pages, to deconstruct all our society’s conventions, but the book does succeed in providing a fascinating and thought-provoking read. For example, “Out of the Woods,” a story about a teenage girl’s relationship with her anxious mother and ailing grandmother, is not the heartwarming celebration of family life that many stories with this premise are, and Amanda, the heroine of “Pink Lady,” does not, in fact, manage to repair her relationship with her depressed father when they take a holiday together. 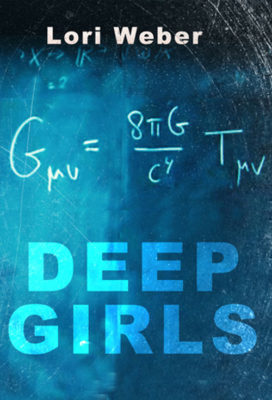 A collection of short stories is not a format one often encounters in young adult literature, a genre dominated by hefty full-length novels. Perhaps this is because it can take a long time to create characters teenagers will become attached to. Weber, however, displays a high degree of creativity in crafting nine different heroines and anti-heroines, all intensely real protagonists, in under thirty pages each.

Kathy, the central character in “Out of the Woods,” feels it is her responsibility to protect her anxious mother from the outside world. Kathy has nothing in common with Ruth, the protagonist of “Smart Aleck,” who is angered by hermother’s lack of assertiveness. The same can be said for Lizzie, the titular “deep girl”; Jodie, who is awaiting the return of a childhood friend; and Cal, mourning the sudden loss of her mother and sibling. It’s unlikely that any one reader will relate to the struggles of all of these protagonists, but everyone will be pulled in by Weber’s flawless plotting and simple yet perfectly descriptive prose. mRb