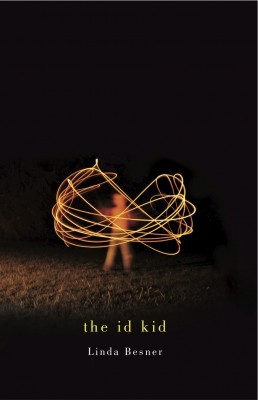 Linda Besner’s poems are seriously playful. The title of her book, with its pair of rhyming words, suggests that rhymes can echo at point-blank range. Children love playing with such sounds. Northrop Frye – a critic we don’t think of as playful – said that lyric poetry was built on two principles from early childhood experiments with language: “babble” and “doodle,” or sound play and structural play.

In The Id Kid, the wild energies of the imagination babble in a ludic fashion that doesn’t eschew the shaggy Derek Besner, who is perhaps the scientific father in the poems, has written on dyslexia, and Linda Besner uses one form of the disorder – seeing words in reverse – as a mirror into the soul. In “Matthew J. Trafford,” a friend sitting on a “loots” by a hall mirror writes “YAG” on his forehead with the nar- rator’s eyeliner, which unset- tles gender assumptions. Is he gay? Has he appropriated the narrator’s gender by using her makeup? Trafford is gay in the mirror but “yag” in the external world. Besner also plays with language by writing intertextually, incorporating lines from other people’s poems into her own work. 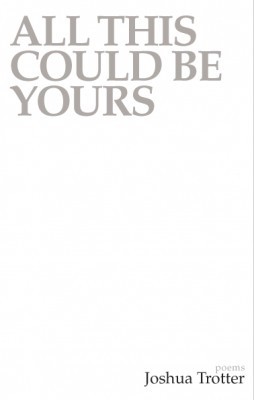 All This Could Be Yours
Joshua Trotter

Joshua Trotter’s All This Could Be Yours has affinities with Besner’s work. He too writes intertextually: eight of his poems contain quotations or reworkings of writings by other poets ranging from John Ashbery to Edward Thomas. Trotter is a punster and rhymester. The book has a number of sonnets, but they are refreshingly contemporary in tone and diction with no smell of formaldehyde. Trotter reworks the form freely, even writing some as two stanzas with seven lines each. One of them, “Rough Diamond,” is a travesty of Shakespeare’s familiar sonnet, “Let me not to the marriage of true minds.” The poet babbles, as Frye would say, about the marriage of true mines and the mirage of two minds. Trotter’s book aims at multiple voices speaking in a range of tones, rather than in a consistent style, but it has recurring elements that give an air of unity, like the three poems on faith and the three based on the life of Père Joseph Le Caron, the Franciscan mis- sionary to the Hurons. With All This Could Be Yours, Trotter wants to see how much play there is in the language; “play” in the sense that a mechanical device has play. 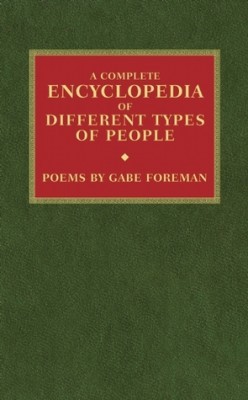 A Complete Encyclopedia Of Different Kinds Of People
Gabe Foreman

Gabe Foreman is even more playful than Besner and Trotter. In his A Complete Encyclopedia of Different Types of People, he presents a series of portraits of human types in alphabetical order, from “Accidents” to “Zygotes.” But no collection of “types of people” could ever be complete, as Gertrude Stein found in her interminable The Making of Americans.

Some of Foreman’s poetic portraits are highly whimsical: “Collage Dropouts” (with a cartoon featuring a school of fish) is printed en face with “Colonels of Truth.” The most amusing feature of the book is the use of cross references: “Buns in the Oven” simply reads “See Zygotes” and “Zygotes” says “See Little Bundles of Joy.” “Working Stiffs” says “See Zombies,” and “Zombies” reads “See Working Stiffs.” A liberal sprinkling of cartoons, sketches, fill-in-the-blanks exercises, and questionnaires with yes/no boxes provides another level of joking, a visual one. Is there a serious dimension to all this jesting? Foreman shows elements of strangeness in such hackneyed terms as “History Buffs,” “Sticks in the Mud,” and “Frequent Flyers.” The metaphors in our terms for types of people can be defamilarized by making them literal, as when a description of “Tough Cookies” begins with a recipe for cookies. The epigraph to “Old Flames” quotes Walter Lippmann: “A great deal of confusion arises when people decline to classify themselves as we have classified them.” This immensely entertaining book declines classifications for us all. 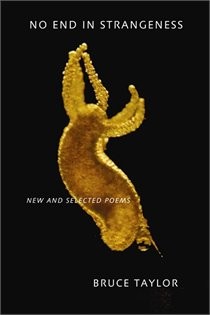 No End In Strangeness
Bruce Taylor

Bruce Taylor has won the A.M. Klein prize twice. After a gap of thirteen years, he has published No End in Strangeness, a collection of new and selected poems. Taylor is a good poet, observant, and witty, with an interest in traditional forms. The opening section of his new work is dominated by three poems about adventures with microscopes. Taylor is sometimes garrulous, and the “Little Animals” poem runs to nine and a half pages without enough energy to sustain the performance. On the other hand, “Timon’s Epitaph” is a twelve-line poem with force and brilliant rhymes. The selected poems section is cleverly called “Life Throes,” and the examination of ordinary life is his strength. He probes the mundane for meaning. Bruce Taylor should be welcomed back to active duty as a poet. 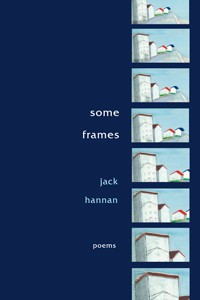 Jack Hannan published poems in chapbooks in the 1970s and 1980s, but Some Frames is his first full collection. His work is subtle and elusive. He has been compared to John Ashbery and there is a resemblance if not an influence: the poems mimic the processes of thought or narrative but rarely deliver an idea or a story. One of the poems which does have extractable content imagines Mark Rothko and Barnett Newman on the sidewalks of New York. When Hannan praises Rothko’s “silent, enormous, and beautiful flat panels,” we are being invited to think of Hannan’s poems as a kind of Abstract Expressionism in word. Of Hannan, one can say he does it very well, whatever “it” might be. 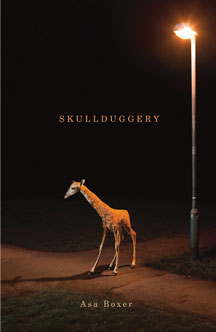 Asa Boxer’s first book, The Mechanical Bird, won the Canadian Authors Association Prize in 2008. His new collection shows the wit and confident tone that marked its predecessor, and a know that we have a playful, even tricky, poet. He can be too frivolous, devoting a poem (Cohen forgive him!) to “The Sisters of Murphy.” The most amusing work is “Dante in Ikea,” which escorts us through a consumerist hell. The poem is written in three lines stanzas, but Boxer doesn’t go all the way by writing real terza rima like Dante, which requires an interlocking rhyme scheme. There are rhymes, but intermittent ones. In the second section of the book, Boxer imagines poets as firearms: the Browning Colt, the Burns Rimfire, the Dickinson Riddler – no one has ever done this before, not even Dickinson, who famously wrote “My life had stood—a Loaded Gun.” The final third of the volume comprises a set of poems called “Friars Biard and Massé’s Primer to the New World,” a kind of hoax history of Canada modeled on the bizarre medieval travel writings attributed to Sir John Mandeville. The tone is a little too solemn and the folklore (or fakelore) is too whimsical: a bad combination. After reading this exercise in oddity, the reader should go back to “Fishing,” a powerful poem that uses a worm on a fishhook to dramatize the cruelty by which we live. It is a better use of Boxer’s considerable talent. 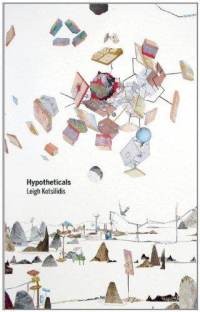 Leigh Kotsilidis arranges Hypotheticals, her excellent debut collection, in four categories: Evidence, Variables, Falsifications, and Conclusions, suggesting a scientific experiment. But by speaking of hypotheticals, instead of hypotheses, she implies that she will do more than explain the facts: she will imagine them, at least in part. Shortly after its founding, the Royal Society denounced the use of metaphor in scientific reports and called for naked lan- guage. Kotsilidis experiments with phenomena (anything from ice fishing to tennis to weather, her favourite theme) through brilliant metaphors. In “Flukes,” she demonstrates how they can be layered, which takes us really far from naked language. The data for her work is often sourced in other poems: she’s another intertextual writer. She even uses that fluctuating authority, Wikipedia. The cover of Hypotheticals bears a cut paper collage of Signal Hill in Newfoundland, where Marconi sent the first transatlantic radio message, and the poems often send ambiguous signals, metaphor being inherently ambiguous. Part of every message is noise, communication theory tells us. In two ambitious dialogue poems, “Orphans I” and “Orphans II,” Kotsilidis imagines Plato, Herodotus, Stephen Hawking, and Mulk Raj Anand carrying out inquiries in a spaceship. They represent philosophy, history, science, and literature. The experiment fails to establish truth: the great men squabble and their ideas cancel each other out. Although the last word of “the second dialogue” is Plato’s (“Love”), it is followed not by a period but by a dash and a sombre stage direction: [Light fades.] Have we been illuminated? Sometimes the static is part of the signal. mRb
Bert Almon lives in Edmonton, Alberta. Retired from teaching, he follows the careers of his former students.