A review of Pluto's Gate by L.E. Sterling

As far as retellings of ancient myths go, L.E. Sterling’s urban fantasy novel Pluto’s Gate is an especially imaginative one. Told in lucid yet dream-like detail, it reinvents the story of Persephone, who according to Greek mythology was abducted by the God of the Underworld.

In Sterling’s version, modern-day Persephone (known as Percy) is a young woman whose story doesn’t sound so unusual at first. After living in a “dinky little non-town” with no
plans for college, she moves to Montreal and gets a job at a local café as well as a “sort-of” boyfriend. Percy didn’t have a completely run-of-the-mill upbringing, however: her father is a rock star, her mother “an honest-to-Goddess practicing witch.” Her best friend Simon has been at war with a spirit trapped in a painting since he was seven.

Things begin to change as she develops “an absolutely inhuman crush” on a silver-eyed man she first spies on the Main. Though it starts out as what could be another novel about urban hipsters, the narrative quickly veers into the fantastical when Percy walks through a door in a club and accidentally crosses into the Underworld.

Sterling convincingly captures the voice of a twenty-year-old woman. So much so that the conversational and informal tone is initially startling, as the reader is immediately thrown into an intimate relationship with the narrator. “My parents’ short marriage reads like one of those tales that end with the heroine being broiled to death on an iron floor or the prince freezing to death before he gets to his princess,” she says on the first page. 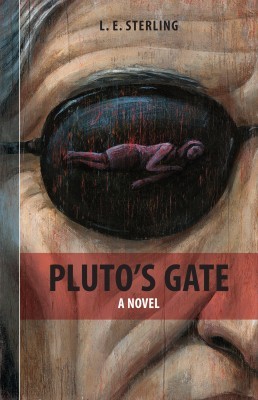 Yet I quickly found myself warming up to the unconventional narrative voice. “I guess at heart I was still that geeky kid who really wanted to believe in fairy tales and magic portals,” Percy says near the beginning. Indeed, the book reads as if the fantasies of a young girl who stayed up all night reading The Mists of Avalon have come true.

If I had any misgivings, they quickly fell away as I found myself increasingly wrapped up in the narrative. While in the original myth Persephone is abducted by the god Pluto, in this version she stumbles into his lair and falls for the brooding god of her own accord. The novel really hits its stride as it describes the budding relationship between Percy and Pluto. Their love story is strangely compelling, with comic relief brought by the occasional clash of culture between a present-day woman and a centuries-old god. For example:

I grabbed his fingers and held them against my skin. “You’re such a cheese ball, you know that?”

“What,” he tilted his head back, narrowing his silver eyes into slits, “is a ‘cheese ball’?”

Percy’s arrival coincides with the slow bloom of daylight in the land of the dead, for the first time in its history. After Simon attempts to rescue her, they undertake a journey through the Underworld together, and the boundaries between life and death and light and dark are troubled throughout.

Limiting the point of view to the perspective of a somewhat narcissistic first-person narrator is a bold move, and one that comes at the expense of the other characters. Simon has the potential to be the most fascinating character in the book, yet seeing him through Percy’s eyes leaves the reader unable to get a firm grasp on him; he seems to slip through the narrative like a chameleon. Pluto too at times felt more like a caricature than a fully realized character.

Yet Sterling has woven a tale of admirable complexity. If one or two threads were dropped in the process, the grace of the weave makes that easy to overlook. mRb