Sara Sutterlin’s I Wanted to Be the Knife is a provocative collection, originally published in 2015, that sold over five hundred copies (a staggering number in the poetry world). In this new edition, the poet expands on key concepts and theoretical frameworks and features twenty-eight new poems. 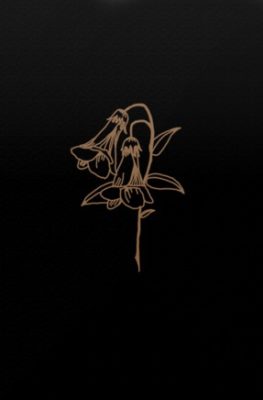 I Wanted to Be the Knife
Sara Sutterlin

This is poetry made of sexuality, power, and nerve. While Sutterlin pits the debate between love and survival, stating they “have nothing to do with each other,” her poems frankly describe sex, lust, and masturbation. She writes, “Men are always looking for purpose / jerking off into webcams.” While existentialism and orgasms mingle, Sutterlin poetically intervenes. In the poem “Intimacy As I Understand It,” intimacy boils down to a crooked dick, admitting to being bullied, and bullying. The speaker of the poem notes, “You smell bad. You smell Alive,” ending on an unexpected note: an offering of forgiveness, which doesn’t seem entirely earned.

In a list poem, Sutterlin writes “Lie’s I’ve Told,” a confession to things like not being hungry, falling in love, hate, liking pickles (but not really), and apology. Though lying can be a creative objective, I Wanted to Be the Knife’s strongest lines are in the universality of love’s expression: “When it comes to Love, everyone sits at the same table. I call him baby but he spanks me.” However, it’s the unspoken words, “my emotional labor bill,” that are the crux of this collection. Sutterlin explores what it means to move towards, and away from, desire. The consequences of modern intimacy are stark and unsettling – what goes on between bodies, and what goes unsaid.

Maxianne Berger’s Winnows is a meditation on water and memory, a poetic homage to Herman Melville’s timeless masterpiece, Moby Dick. In a series of haikus, Berger has artfully adapted ideas, concepts, and language to re-vision and reinterpret the novel, while creating a whole new text. In “Winnowing The Whale: A Preface,” Berger positions her objective to “abstract” words from each chapter “while maintaining their original order.” She writes, “an entire world / from this summit / emerging in light.” Berger’s careful consideration of language, style, and diction sings. She describes the moon in various states: “watery” and “ghostly,” continually charting the elements, seasons, and sensualities. 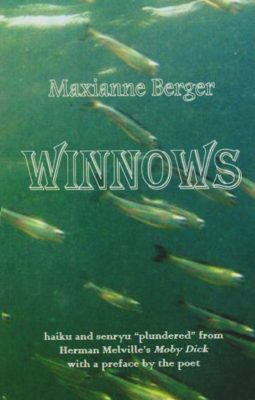 Invested in silence, Northern Lights, and patterns of emergence, she hones what it means to be “too restless / for a poem.” Berger eloquently delves into the sea of existence. Lines like “however long / the voyage you take there / starts in this world” and “my dear shadow, / all that tossing in bed – / seems you need your lover” soothe. While Berger took an intellectual and poetic challenge, to adhere to form and to work with a classic text, she gave herself creative permission to explore an oceanful of poetic passages.

Edward Carson’s Knots, published in the Hugh MacLennan Poetry Series from McGill-Queen’s University Press, is tied somewhere between cerebral and emotional knowing. This is a philosophical and quizzical look into digressions. Both question and answer, Knots is a text concerned primarily with paradoxes, riddles, and dualities. Carson is invested in the self, strategic thought patterns, love’s evolution, and the rationalities of reason. He writes through love’s surfacing, its unconscious answer, “wider than / the water answering itself.” 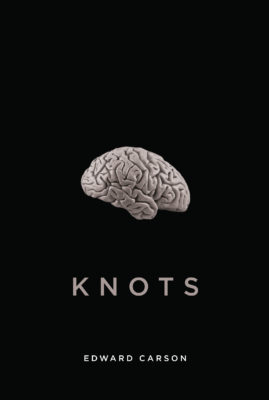 Carson invests in recognition – how love is both an act and a witness. He looks to the constellations, art, the unpredictable nature of humanity and divisions. In the poem “Looking For Love,” he explores a mind and heart rising, an intellectual and spiritual discovery. He writes, “By way of recognition, / and though unmoving / or even relocating, our // love is soon revealed,” letting the questions – “(how near and how far, / how close to or where?)” – breathe in their own parenthetical space. The answers to these questions aren’t determined, merely poised in relation to love’s oscillation.

While matters of a buzzing mind carry the weight of poetics, a consequence of gravity and memory, Knots enlarges a wayward heart. In “Crossroads,” Carson writes, “Love will know / the answer. Love insists / on something other than the separation // of here and there, curious / to find all distances collapse, nourishing / the hope of more to come.” Knots will orient and re-orient readers, dizzying in universal delights and poetry’s auspicious nature.

It’s the season for poets to pay tribute to Herman Melville – Robert Moore’s collection, Based on Actual Events, took inspirational root from Melville’s famous line “if man will strike, strike through the mask!” Based in Saint John, New Brunswick, Moore has written a colloquial collection that is bold and unforgettable. Based on Actual Events charts Greek myth, autobiography, popular culture, human nature, and tips its hat to poets past and present. 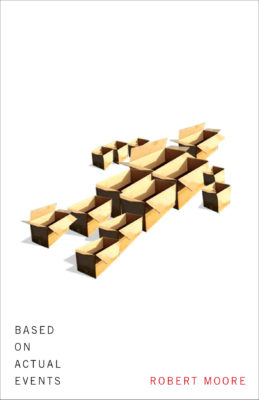 Based on Actual Events
Robert Moore

Poetry is most successful when it’s authentic, poignant, and self-reflexive. Moore writes, “Ever since beauty went futile / poets write for other poets; / serial killers, mailing each other clues.” Here we are, murderers, mailing packets of language to one another. Moore continues to muse on the poet’s role, both as an observer of truth and a storyteller. “In a culture of image and simulacra / the poets offer to sharpen your scissors / and knives so you can cut your losses / from last week’s flyer.” Moore’s wit is cocky and clever. His best line: “Our methods obscure, even to us. Especially to us. Yes, / when it comes to our methods, we prefer to be the last to know. / The lengths we’re willing to go to protect the delicate / mechano-receptors of our ignorance are lengthy.” This book-length collection of poems strikes directly through the masquerade in us all.

We’re all strangers, even if we think we know each other. Poet Nyla Matuk artfully meditates on our disconnected digital age, while awakening a sensuality to this vulnerable state of unknowing. She prefaces the collection with a quote from British psychologist Adam Phillips, “You can only recover your appetite, and appetites, if you can allow yourself to be unknown to yourself,” which reads as the perfect invitation to the text.

Stranger’s opening poem, “Appetites,” is for the sleepless, those who lay awake at night sifting through the layers of their mind, rummaging in the what ifs, should haves, could haves, and would haves. For those moments when, “You realize you haven’t organized your life. / You’ve forgotten yourself entirely. / You wake up and try to pick up the thread.” 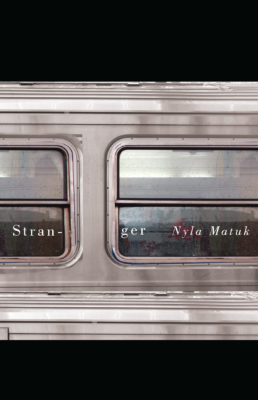 Matuk beautifully balances reality and magic, past and present, the various states of the self. Her poem “Then and Now” mixes nostalgia and nuance, politics and perseverance. She writes, “Forty-eight and finally, I learn / how to start living if that’s / what it’s called. / I mean, spring clean, / bras / cup-side up in the drawer,” only to chart “nationalist dreams / taken down by the usual / ethnic vote,” before the poem lands on “a clearviewofsky/asiftheskywas/ the whole view— / (it wasn’t, then; / it isn’t, now).”

Whether contrasting art and politics, or engaging the inevitable question of adulthood, Matuk toys with form. She works in the villanelle, a song-like structure, in “Bad Sex Villanelle,” tugs at the manifesto with “Manifesto,” and draws on found observations in “Happenings on the Cover of the New Yorker” and, a personal favourite, “Bestsellers in Poetry.” Matuk creates space for the mundane hum of the every day, and opens towards a sense of curiosity. Stranger harnesses the unknown within, and makes it safe to uncover an estranged self. mRb

Shannon Webb-Campbell is a Mi’kmaq poet, writer, and critic. Her first book, Still No Word (2015) was the inaugural recipient of Egale Canada’s Out In Print Award. Who Took My Sister? is her second book.