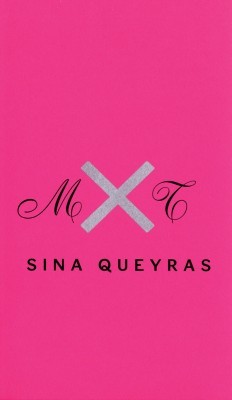 The elegy has been a fixture of poetry since the time of Theocritus (3rd century BC), though the traditional apparatus of shepherds and symbolic flowers no longer fits the modern sensibility. Grief, like love and death, is a perennial theme, and poets find fresh ways to deal with it. Sina Queyras, who has lost a number of family members in recent years, including her sister, the photographer and filmmaker France Queyras, has written a profound exploration of grief in MxT. She has created a convention of her own by structuring her book around the terminology of electrical circuits, her father’s field of expertise. Each section has a diagram of an emotional circuit: Alternating Mourning, Direct Mourning, Emotional Overload Sensor Circuit, and so on. This scheme offers interpretations of experience that are unique to the book and are a good alternative to the hackneyed five stages of grief or Freud’s “Mourning and Melancholia.” In a passage sure to be much quoted, Queyras declares, “I am not interested in what Bourdieu, or Kristeva, has to say about grief. I don’t want a grid, I want arms.” The author does, in fact, make subtle use of Kristeva’s ideas about mourning, abjection, and leaky bodily fluids; and art always requires ways of representation, which are also grids. But it is two great photographers – Diane Arbus and Lee Miller – who are the real presiding figures in these poems.

The great strength of the book is not in the apparatus – circuit diagrams, tutelary figures – but in the texture. Queyras employs many forms: prose poems, poems in stanzas, representations of postcards, aphorisms (“All mature poets understand the need for dry wood chips”), found poems, concrete poetry. The tour de force is “Elegy Written in a City Cemetery”: each of its 53 lines paraphrases another poet’s elegy and has a footnote. The sources are extraordinarily wide-ranging, from Tibullus to Coleridge to some of the author’s contemporaries, and she clearly knows the elegiac tradition. Queyras alludes to Anne Carson, whose Nox is also an elegy for a sibling, and one of the most ambitious works of our time. “Anne Carson is a footnote in the biography of death. Few of us get a mention,” she writes. Queyras does deserve her own footnote in the tradition of elegy for this ambitious and moving book. 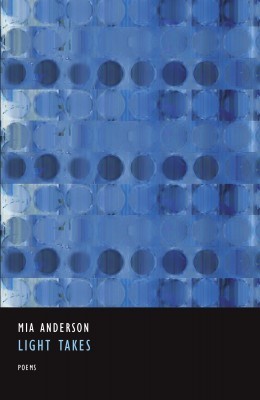 Mia Anderson won the $20,000 Montreal Poetry Prize in 2013 for “The antenna,” a poem about the faculty of religious awareness that appears in her latest book, Light Takes. Anderson is an Anglican priest, and her poems emphasize religious experience in the tradition of George Herbert and R.S. Thomas. Her strength is in extended metaphors, what Herbert would call “conceits”: God as a heart surgeon, the Trinity as The Holy Doozers of the children’s show Fraggle Rock, human interaction with the infinite as a wicking action. In “The kingdom is,” she uses the manette, the keypad used in retail transactions, as a clever way to represent grace: if you punch in your identity, your debts are forgiven (as they are in the Lord’s Prayer), and you are taken into the kingdom. Anderson lives near Quebec City, and French phrases often turn up in the poems. The weakness of the book is in the blandness of the style: much of it is written in brief lines with no music and very little imagery. The lines may be brief, but the poems ramble on in a sermonizing way. Yet, the reader is in touch with an interesting mind and, certainly, one that has fresh things to say about spiritual life. The opening poem, “Physics is how,” shows her spiritual originality. In it, she suggests that physics underwrites human freedom by permitting us to deny the existence of God. The famous claim in Psalms that “the heavens declare the glory of God” is reversed. The glory of the heavens permits us to declare the non-existence of God, and physics is therefore a divine gift. Anderson’s religious tradition is old but her perceptions are hardly threadbare. 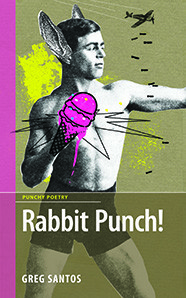 The work of Greg Santos is permeated with high spirits. But too much of Rabbit Punch! is whimsical: frivolous poems about Paris Hilton, John McCain (“On his thirteenth birthday, McCain was knocked unconscious by a rogue piñata”), Bugs Bunny, and Hooters (the restaurant). His muse is David McGimpsey but John Ashbery’s more daft moments must take some credit or blame. Santos loves to invoke Twitter and Facebook and has even created a poem with the help of a website that enables users to erase parts of well-known source texts (wavepoetry.com). However, the best poems in his book – wistful and straightforward lyrics – are in the first section. The topical and trendy poems don’t show enough ambition. Tellingly, he uses Paul Violi, a weak imitator of the New York School of Poetry, for an epigraph: “For we were made to reach for things. / For imagination extends life. / For our reach must exceed our grasp.” Violi was imitating Robert Browning rather lamely (“Ah, but a man’s reach should exceed his grasp, / Or what’s a heaven for?”). Santos has said: “I’d like to think that my poetry provides a little bit of lightness in the dark; I’m the night light of poetry.” This is his second book. It is time for him to increase his wattage. 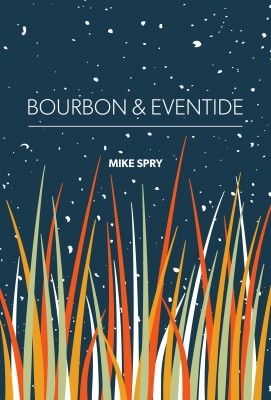 In Bourbon & Eventide, Mike Spry has created a postmodern narrative, a kind of redacted novel in tercets, two per page, in which a story is told and sometimes retold with inconsistencies. The story is common enough: two people meet in a liquor store and begin an affair. Boy meets girl, boy loses girl, boy gets girl, girl gets abortion, boy loses girl again, and so on. Mostly boy and girl drink too much. The style is banal, perhaps deliberately so, and the author knows that his story is based on tropes from romantic comedies – but not much is funny. He plays with the clichés: the man’s mother goes out, not for the traditional cigarette but for eggnog, and never comes back. We last see the couple by a lake, emptying a bottle and dancing in tall grass. The norms of storytelling are not broken in an innovative way, and it is hard to take an interest in his rather anonymous characters. There is not enough distance from the romantic clichés. 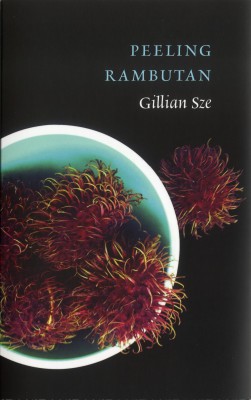 Peeling Rambutan chronicles poet Gillian Sze’s travels in China and Taiwan, where her ancestors originated. The volume is dedicated to her great-grandmother, whose ghost is seen in Vancouver’s Queen Elizabeth Park as well as on Wu Li Road in Fujian. For a poet of the Chinese diaspora, the themes she covers are not unfamiliar territory: family lore, proverbs and legends, folk remedies, techniques of preparing food, letters to an absent lover. But the treatment of these subjects is brilliant, with powerful images drawn from all of the senses, and tremendous skill in pacing a poem whether in verse or prose. We discover Sze’s background alongside her, as sensuous and emotional experiences, not as a travelogue. Poems set in Canada offer useful contrasts, and undercurrents of family conflict create tension. One of the finest poems, “The Tale of Dark-Face Sze” is a bit of mythology that evokes the stories in Maxine Hong Kingston’s The Warrior Woman. In the legend, a member of the Sze clan in Fujian goes out to gather leaves and suddenly suffers an apotheosis, finding herself transformed into an onyx statue. Family members quarrel over who owns the valuable statue, a dispute that is miraculously solved when the image of the new goddess splits in two, a variation on the ancient deus ex machina motif. One excellent strand in the poem deals with the multiple uses of Chinese verbs: the same verb appears in expressions for becoming a Buddha, beginning to sweat, and publishing a book. The poems could have a little more context, though an audience can’t demand a chronology of travels or a genealogy. Sze frequently addresses people referred to as “you” – relatives, an absent lover, and others whose roles are not entirely clear. More identification of addressees would enhance the experience. The mild obscurities of the collection call to mind her description of peeling rambutan: at first the spikes seem to say don’t touch, but they turn “lissome like new grass.” These poems are a feast.  mRb
Bert Almon lives in Edmonton, Alberta. Retired from teaching, he follows the careers of his former students.