Ezra Pound wrote, in an early poem, “Come, my songs, let us speak of perfection— / We shall get ourselves rather disliked.” Likewise, Michael Lista has set very high standards for the poetry he reviews and has gotten himself disliked by some: there have been notable disputes in print and on the Internet. He has set the bar high for his own poetry, too. A formalist with many tools in his kit, Lista uses a variety of forms and metres in The Scarborough. One of the great modern formalists, William Butler Yeats, told a fellow poet that her technique was sloppy: “there is no difficulty to force you under the surface— difficulty is our plough.” Lista has chosen a terrifying subject for his plough: one of the murders committed by Paul Bernardo, the “Scarborough rapist,” and his wife, Karla Homolka. He does not present Bernardo directly, thereby avoiding events so horrific that the courts ordered the videos made by the murderers to be destroyed. 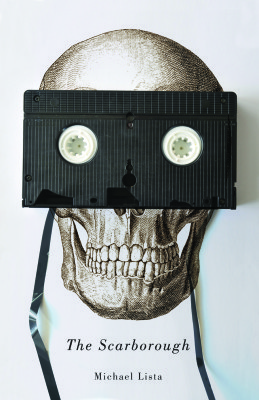 Dante, one of the poets Lista alludes to frequently in The Scarborough, tried to represent the Devil at the end of Inferno; the description is powerful but falls short somehow, just as attempts to take us into Hitler’s mind are always problematic. Instead of depicting Bernardo, Lista focuses on a single weekend in 1992, Easter weekend – the days marking death and resurrection – when fifteen-year-old Kristen French was abducted. The point of view stays close to Lista himself, who, age nine at the time, experienced the anxiety that pervaded Scarborough, an atmosphere of terror he evokes very well. Events in suburban life resonate strangely with the tragedy performed offstage, and allusions to pop culture (like the R.E.M. song, “Superman,” played by Bernardo during the rape and murder) and folk culture (fairy tales are full of grisly murders) are functional rather than decorative. Lista gives his poems two pillars to hold up the diverse structure: the story of Dante and Beatrice and the story of Orpheus and Eurydice. Yet in The Scarborough, we know that Eurydice is not brought back from the dead, and Beatrice is not enthroned in heaven but rather buried in the woods. Lista’s ability to make every detail significant shows mastery. The allusions to voyeurism are especially chilling when the murderer is also a stalker – and the poet knows that the artist is a kind of voyeur as well, a moral ambiguity that is confronted in “Heaven,” a poem in which the narrator visits the crime scene and is confronted by a suspicious neighbour. Here and there Lista may be too clever: a poem about Florida is relatively trivial, and his daring rhymes occasionally go over the edge and fall into bathos. But an artist who can bring off rhyming “trochees” and “chickadees” can certainly control tone.

Shoshanna Wingate’s first book, Radio Weather, is not as dazzling as Lista’s, but the light is usually intense. She draws on a complicated past: an impoverished child of self-impoverished hippie parents, she spent part of her childhood in a backward part of South Carolina. Poets sometimes talk about the poem that practically writes itself. Wingate rarely falls into the triteness that poems can write for an author – she is a maker, not merely a witness. One of her best poems, “The Murderer,” shows how an actual encounter with evil can be unrecognized at the time. As a child of ten, she went with her father to the state prison to visit inmates. One kindly man, she learned later, had taken part in a remarkably callous crime – the murder of three men after a trivial robbery – and was executed some years after she knew him. Like Paul Bernardo, the murderer was very charming. Wingate knows that you may not know the Devil when you meet him. The poem, written in impeccable quatrains, shows a memoirist’s skill in handling interplay between the child narrator and adult narrator. 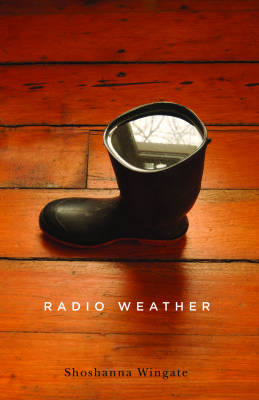 Another poem, “Spring,” is never hackneyed, despite its familiar theme: it abounds with precise observations of Newfoundland weather, like the “tendrilly fog.” “Aids Ward,” Wingate’s poem about her father’s death from AIDS, is structured on the old pattern of “This Is the House That Jack Built.” As her couplets proceed, the appalling medical details unfold with the cumulative power given by the structure. The poems that do not work in this otherwise excellent book are based on the sad letters that conscientious objectors sent to her father, a War Resister’s League counsellor, during the Vietnam War. The poet lets the materials speak too much for themselves, and they aren’t powerful enough to be successful. Not everything that is found is found poetry.

Roland Pemberton is aiming not at perfection but at capturing the moment, giving us news of the street and the hubbub of urban life. He was Edmonton’s very successful poet laureate from 2009–2011. Pemberton’s appointment was unusual: he is a rapper who performs under the name “Cadence Weapon.” He now lives in Montreal. Magnetic Days captures the bustle of streets – such as the corner of St-Zotique and St-Laurent – with stanzas that flow like rap lyrics, which is what they essentially are. One exception in form is the title work, an elaborate prose poem about a rare day when everything goes right and others can feel the magnetism emanating from the lucky person, though in the conclusion he says that such a day should be treated carefully, “like a hot pitcher in the bottom of the eighth.” The poem summons up Frank O’Hara or Apollinaire in its droll urbanity. There are original metaphors in the collection, like “the iron wedding of tooth and nail,” but in his poetry Pemberton is a talented hobbyist rather than a professional. 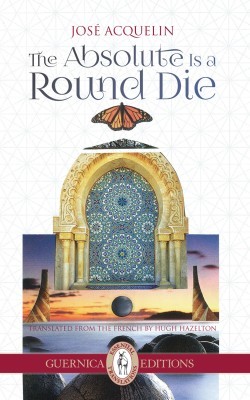 The perfection that José Acquelin aspires to is a mystical union with the absolute, that which is everywhere at once – or, in his own metaphor, a spherical die. Rather than come to rest, it will roll endlessly. His diction is full of words like “soul,” “infinite,” “breath,” and “light.” He likes to create paradoxes and some lines take the form of aphorisms: “the shadow is the invention of a poet / who’s afraid of himself,” or “eternity is time / that has lost its memory.” Acquelin can be more precise, as in the exquisite lines, “a breeze plays the accordion / over the water’s skin.” He shows real wit in using “The Omar Khayyám Hotel” and “The Rumi Tavern” as settings, and, like those great Persian mystics, he uses alcohol as a metaphor for visionary experience, though Acquelin’s favourite beverage in the poems is coffee. One way that he pursues the absolute is through love, and he includes a section of delightful love poems. Acquelin’s style employs the easy-rolling parallelism of the surrealists (often starting lines with “I” followed by a verb), and he likes surreal metaphors in the manner of André Breton: “the present is a fox of light bulbs / the present is a wine skin filled with beyond.” Yeats would say that there isn’t enough difficulty in these poems to force the plough very deep, but the Infinite is a hard soil to break. 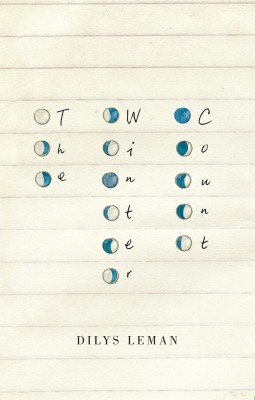 Dorothy Livesay suggested in 1971 that Canadian poetry had created a new genre, “the documentary poem.” The Riel Rebellion has generated many documentary poems, including some important book-length works by Don Gutteridge, Kim Morrissey, and Gregory Scofield. Dilys Leman is a great-great-granddaughter of Augustus Jukes, the chief surgeon for the North-West Mounted Police at the time of the rebellion. In The Winter Count, she makes excellent use of family history in dealing with the rebellion and its aftermath for the Plains Natives and Métis who were under the surgeon’s care. Jukes was also a member of a secret commission set up to inform Prime Minister John A. Macdonald about Riel’s sanity (under the premise that the Government shouldn’t hang a man who is insane). He decided that Riel was sane, but had second thoughts and wrote urgently to Macdonald asking that Riel’s diaries be examined for signs of insanity. The plea was ignored. Leman presents the conflict through the viewpoints of many historical figures, some famous, some ordinary. She includes historical documents that work as found poems – because she found poetry in them. She moves with dexterity between quoted documents and her own poems. The original poems are dramatic when they need to be dramatic, descriptive or lyrical when required. Even readers thoroughly familiar with the history of the rebellion will learn a great deal here.  Leman shows that the documentary poem is still a healthy genre. It has its own perfections. mRb
Bert Almon lives in Edmonton, Alberta. Retired from teaching, he follows the careers of his former students.