Mark Abley’s The Tongues of Earth is a rich sampling of his three earlier books with some new poems. Abley is best known for his excellent non-fiction, but he also understands the craft of poetry, particularly the use of traditional forms. Most of his poems are written in stanzas, usually rhymed ones. He writes on many subjects, but his imagination is most engaged with extinctions, both biological (like the Imperial Woodpecker, the Labrador Duck, and the Garefowl) and linguistic. The concern with loss means that his tone is often elegiac, although he has written with wincing humour about the experience of a vasectomy: “The wisecrack surgeon sends me home in stitches. / Codeine is dynamite with Scotch and nachos.” 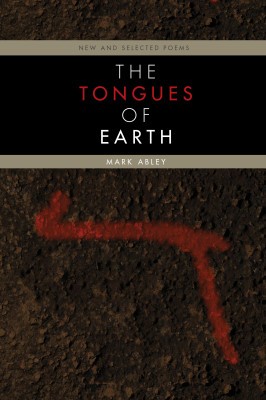 The Tongues of Earth
New and Selected Poems
Mark Abley

Abley is the author of the non-fiction Spoken Here: Travels Among Threatened Languages, and, not surprisingly, some of the best poems in The Tongues of Earth evoke the human richness that vanishes with a language. K’tunaxa, an endangered language formerly known as Kootenai, has a term for “starving / though having a fish trap,” which encapsulates a knowledge of life in a single word. The remarkable “Deep Gold,” based on Abley’s edition of the writings of Samuel Palmer, a visionary artist, commemorates another kind of loss, the sad career of a brilliant creator whose work did not succeed in his own lifetime.

He glimpsed the radiance of Heaven but the deprivations of earthly life destroyed his vision. Abley’s work has substance, and the substance has form. This is a book to read, and read again.

Oana Avasilichioaei’s Limbinal is two books in one, with a portfolio of colour photographs in the middle. The Romanian-born Montreal poet has an instinctive interest in boundaries. A limb is articulated with other parts of the body, making it a liminal site, and an exile or migrant is a dislocated limb. The first half of Limbinal is in five sections and explores boundaries and limits, dramatizing crossing, violations, and seepages. It is heavily theorized and works brilliantly with formatting and fonts, but remains curiously detached, even in the love poems. The photographs that both join and divide the book illustrate the concepts more powerfully than the poems of the first part. 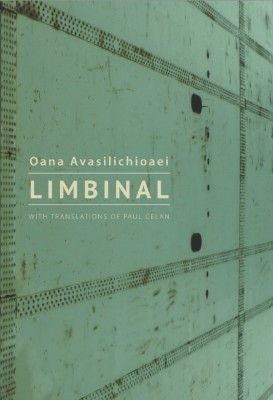 The poems that follow would have made a strong book on their own. They are haunted by Paul Celan, a German-speaking Romanian and Holocaust survivor who lived in exile in France and eventually committed suicide. He naturally interests Avasilichioaei, a migrant who also lives in a place where French is spoken. She opens the second part with valuable translations of the sixteen poems and prose poems that Celan wrote in Romanian. She goes on to place herself in dialogue with Celan and his fellow Holocaust survivor, the Nobel laureate Nelly Sachs. It takes courage to juxtapose one’s own writing with such giants. She carries it off honourably.

Erín Moure deploys her impressive literary powers to muffle the impact of the two stories she has to tell in her bilingual Kapusta, a new form she calls a “verse play / cabaret.” She uses her now-familiar avatar E. as a narrator in both French and English, but she also introduces a sock puppet called Malenka Dotchka as a kind of stand-in for the stand-in.

One story is ancestral: the work is narrated by E. from behind the woodstove of her maternal grandmother, who was born near Lviv (then part of Austria, and now part of Ukraine) but ended up in the outskirts of a town in northern Alberta. The word kapusta means cabbage, and what could be more authentically Eastern European than cabbage? The stage directions say that the set should have a field of red cabbages on a tarpaulin. (“Only the cabbages are real,” we are told.) The grandmother and her family left for Canada before the two genocides in Ukraine, the Soviet-imposed famine, and the massacres by the Nazis, but they were aware of them. 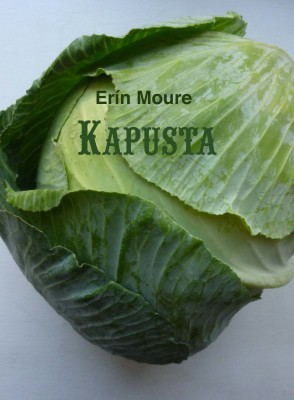 The other story is the troubled relationship of E. and her acculturated mother, referred to as MIM, whose denial of origins is reflected by her adoration of two American singers, Dean Martin and Perry Como, both Italian Americans with stage names. The mother does say that “we’re all leaves of a single cabbage,” but she has denied her roots. The materials of the poem are important human issues – genocide clearly counting more heavily than mother-daughter relations – but they are mediated by so much apparatus. When real suffering breaks into the work through descriptions of Nazi massacres, the machinery seems pointless.

Near the end, E. “writes over” Adam Zagajewski’s poem “To Go to Lvov” (an alternative name for Lviv) by substituting lines of Holocaust testimony from the Internet while keeping every tenth line of the original. Zagajewski’s poem is one of the great works of our age. Erín Moure’s poem does not measure up, but whose would?

Melissa Bull is well known as a translator, particularly of Nelly Arcan, and as a columnist for Maisonneuve. Her strong debut as a poet plays off multiple meanings of rue, the most famous of which in English literature is the mad Ophelia’s “You must wear your rue with difference,” and Ophelia’s “rosemary for remembrance” is quoted in one poem. While Bull writes about the Montreal streets, cafés, and apartments in the middle section, “Skirting Petite-Patrie,” she remembers her past with considerable regret in the opening and concluding sections. In fact, much of the book explores memory, which, Socrates said, is the mother of the Muses. 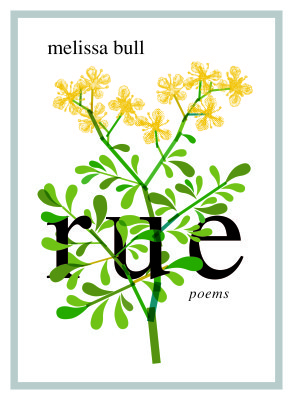 The poems that open the book describe a dysfunctional childhood with an eccentric and artistic mother. Tolstoy’s famous saying ran, “All happy families are alike. All unhappy families are unhappy in their own way.” But in confessional poetry, it seems that all dysfunctional families are at least very similar: Bull does not wear her rue with enough difference. The sprawling prose poems that dominate the childhood section (called “Brood” – like Moure’s narrator, E., Bull has grievances) might have been turned into a powerful essay. The last section is more moving because Bull limits herself to the grief and ambivalence she experiences during the terminal illness of her father.

Where she triumphs is in the poems sandwiched between the mother and father sections. Montreal place names proliferate, and she makes the sites real through sharp images. One of the best poems, “Scaffolding,” catches the distinctive flavour of the Québécois accent on the East Plateau by quoting bits of conversation. She uses imagery of the body to suggest a real subject moving through the streets and “the patchouli hub of the café” of her city. The synaesthesia in the opening of “Radii” is dazzling: “I could lick the hair of his arms to / smell the sunlight.” Like Moure, Bull interjects parts of a celebrated poem as an inter text in a work of her own. Her poem “BATTERMEDOWN!” cannot bear the weight of John Donne’s great sonnet, “Batter My Heart, Three-person’d God.”

Talya Rubin writes about two places called St. Kilda: the austere island in the Hebrides, abandoned by its people in 1930, and the raffish seaside suburb in Melbourne, which was named for Sir Thomas Acland’s schooner, Lady of St. Kilda, after it moored there for a year. 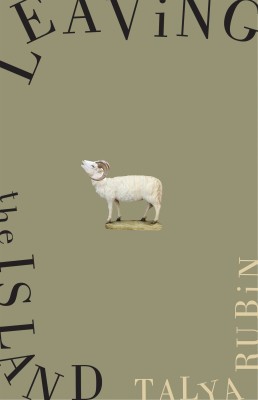 The island is one of the most extreme human environments: the seas were impossible to fish and the inhabitants lived entirely on the birds that nest on forbidding cliffs. The islanders even improvised women’s shoes from the split necks of geese. Rubin has done her research diligently and captures the exotic qualities of this desperate environment and the almost Neolithic lives of those who lived there. The poems about Melbourne are less interesting, a mixture of personal narrative and travelogue. The St. Kilda district is famous for the gorgeous cakes on Acland Street – which everyone agrees look better than they taste. Local colour, however, doesn’t always satisfy. The poems in her “Montreal, Canada” section are predictable as well, mostly stories of growing up in the seventies. The best in this book comes last: Rubin won the Bronwen Wallace Award in 1998 for “Santorini, Greece,” a collection of prose poems, the art of which transcends travelogue. Myth lurks everywhere in islands like Santorini, thanks to the long continuity of life there. In “Return,” she evokes the story of Odysseus without naming him. “The Story of Bones” is another fine poem: it tells the story of an archaeologist working on Santorini with his young daughter and takes us deep into history in a single page. Like Keats in his great sonnet, “On First Looking into Chapman’s Homer,” she has travelled much in realms of gold. mRb
Bert Almon lives in Edmonton, Alberta. Retired from teaching, he follows the careers of his former students.