A review of Pollen by Tom Abray 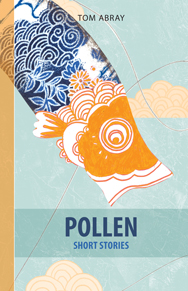 It’s safe to say that questions about the status of the short story can raise heated discussion among serious readers; one need only recall the not-so-distant joint publication of Salon des Refusés issues by two prominent Canadian literary magazines for an example. Certainly, though the form has seen a bit of trouble in terms of commercial viability, one is hard pressed to think of a time when literary types didn’t take stories seriously. The short story is a mainstay of journals and many small presses and is constantly being reinterpreted by all kinds of writers. Recent years have seen a vogue for collections of linked short stories: connected either by theme, setting, or the reappearance of characters or particular devices. Given such furor and ferment, one welcomes a collection of well-crafted stories able to drive the debate from one’s mind with a smile. And the strong points in Tom Abray’s Pollen deserve exactly that greeting.

More than merely “not linked,” the stories in Abray’s book demonstrate noteworthy range. They examine family, romantic relationships, childhood, loss, and mourning among other things and do so using diverse voices, points of view, and formal treatments. Such variety is commendable. And the stories themselves? Though as various as their themes and techniques, they are united by the author’s undeniable competence.

The story “White Stones,” for example, examines life – and the experience of illness – from the perspective of a child in a way that is both idiosyncratic and compelling. “Coral” on the other hand, tackles domesticity from the point of view of the father and effectively conveys the easy comfort and submerged dissatisfaction that can often mark a household while building to a conclusion that comes off as oddly both pat and – somehow – surprising. A brief exchange near the end, ostensibly about the wife’s art practice but revelatory of much more in the narrative, captures the story’s tone as well as the author’s way of handling its material:

She was a late bloomer. She knew the technique and she taught it to others, but she did not find her true form until we were in our thirties. Before that she’d known she had it in her, but it would not come out the ways she wanted. It was like a dream, she’s said to me, when you are trying to run, but the force you exert takes you nowhere however much you try. I once suggested she might have been trying too hard, but I could tell from the way she looked at me that I did not understand.

Passages of this sort, which paradoxically offer insight through their very obliqueness, are one of the book’s charms.

Also among the more interesting pieces are a couple of short vignettes that stray from conventional narrative approaches in favour of different, lyrical, or absurdist registers, like “Wendy, Field Guide” with its nonsense natural history and “Snow” with its paranoid voyeurism, and the longer tale, “Swarm” – certainly a contender for the book’s high point – which closes the collection. Using the elaborately sustained trope of a swarm of bees invading an apartment, “Swarm” shows a good touch and moments of real psychological sensitivity in its impressionistic look at the relationships shared by a trio of roommates.

If not every story achieves quite that level of complexity and sophistication, there are more than enough that do to keep one reading. Pollen demonstrates that, despite the difficulty undoubtedly facing the short story as a commodity, it remains as lively and vital a literary form as ever. And that’s enough to keep readers in very good humour for a while yet. mRb