A review of Prague by Maude Veilleux

Shortly into their marriage, the narrator of Maude Veilleux’s autofictional novel Prague and her husband decide to experiment with an open relationship: “We told ourselves we should enjoy our bodies now while we were young. And what were a few lovers in a lifetime spent together?” As part of the experiment, she begins to write a book about an open marriage. Yet, as one relationship escalates in intensity, the novel quickly takes on a mind of its own.

Throughout various streets, bars, and apartments of Montreal, the book painstakingly parses the erotic details of a bondage that is both literal and figurative, sexual and emotional. At the same time, it is a metanarrative that details the writing of the novel as the text itself is being written. Slowly, it becomes clear that the book’s main tension is not between the narrator’s husband and her lover, but between her life and her novel: “I realized I hadn’t written in days. I’d broken the rules of the novel. The fiction I’d imposed
on myself to write the book was swallowing me whole. I’d stopped writing it and started living it.” 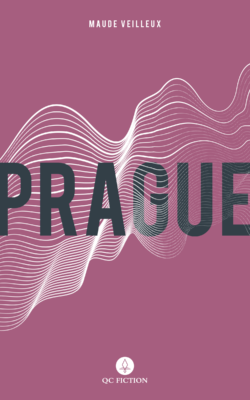 The written story and the lived story become ever more inseparable, and the author’s relationship with writing is no less characterized by violence and submission than her relationship with her lover. Of their sex, she claims: “I didn’t want him to ever let me go. I wanted to believe he could kill me”; of her writing: “I’ll tie my hands to the keyboard, chain my body to the chair.” At the same time, she refuses to be victimized by either her lover or her text. In a very important sense, she writes so that she can control the details.

For all its rich literary heritage – with Nelly Arcan as a particularly strong influence – this project seems to issue less from the genre of autofiction, and more from new forms created by the digital age, in which we are carefully curated, and mediated by an interface. Though the internet is not a focus in the novel, the computer camera serves a vital function for the author, allowing her writing to become a “performance.” She explains: “I’d rather live in virtual reality. I don’t want real life. I don’t want a body. I prefer fiction. […] I exist in the reflection of my camera lens.” One of the conceits of autofiction is that it takes its material from real life. But this book begs the question: what is a real life that is processed through either the lens of a camera or the words of a novel, sometimes before it is even lived? Or, as the author asks of her fictional/marital experiment: “Was I a hypocrite to say I was doing this just to write about it, to bring everything back to the novel, to put writing before desire?”

Prague is a hyper-aware portrayal of the intimate relationship between sadness, submission, creation, and life in a body.

Like its narrator, the aggressively moody prose often appears to flail about aimlessly. But at its best, Prague is a hyper-aware portrayal of the intimate relationship between sadness, submission, creation, and life in a body. Comparisons could easily be drawn to the work of artists like Audrey Wollen, a social media portraitist whose Sad Girl Theory insists that female melancholia be reclaimed as a politically conscious system of acts, rather than a pathological series of behaviours. Even as the author invites violence upon herself, from erotic asphyxiation leading to multiple blackouts to romantic betrayals that cause her deep heartbreak, these scenes are a performance of weakness, under which lies incredible strength: “People read me as vulnerable. […] But what they don’t know is that I’m a force of destruction, an enchantress. The prey and the predator. Both at once. I’m the one who does the asking. I’m the one who sets the limits.” mRb