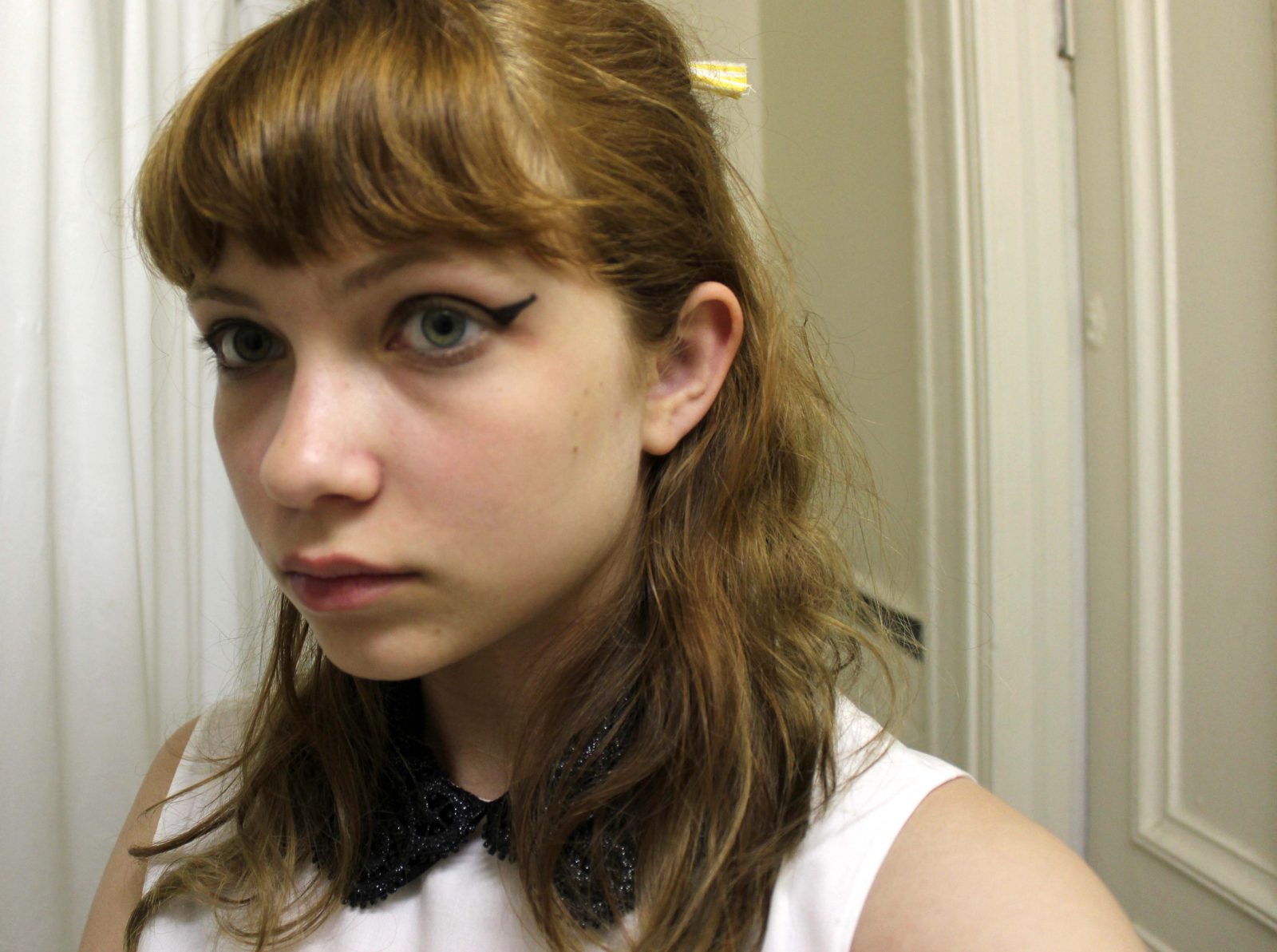 There is something intensely reassuring for book lovers in the publication of Rookie Yearbook One, a collection of the writing, photography, illustrations, and playlists that have appeared in Tavi Gevinson’s online magazine for teens, Rookie magazine (rookiemag.com). It suggests that the market still gives value to books – not just to the information they contain, but also to the books themselves – and that this value is being recognized by a new generation of readers. As Gevinson writes in the introduction, using capital letters for emphasis, “being able to actually HOLD art and writing that you love is kind of really special.”

Gevinson was just fifteen when she started Rookie magazine but she was already three years into her career as an internationally famous blogger. At age twelve, Gevinson started the fashion blog Style Rookie. It propelled her into the limelight, bringing both praise and derision from the fashion industry. It also saw her published in Harper’s Bazaar and invited to New York Fashion Week and Paris Fashion Week, two of the industry’s most prestigious events. She started Rookie magazine, Gevinson writes, “because I felt there wasn’t a magazine for teenage girls that respected its readers’ intelligence.” When, in the spring of 2012, Rookie’s editorial director Anaheed Alani approached Montreal-based publisher Drawn & Quarterly about turning the website into a book, “we jumped at the chance,” says Associate Publisher Peggy Burns. “There was absolutely no hesitation.” There are already plans to publish Rookie Yearbook Two in the fall of 2013.

The blog-to-book phenomenon is nothing new. Throughout the early 2000s, the market was flooded with books that originated online. Some faded into obscurity but others, like that of Julie Powell, the New Yorker who challenged herself to cook every one of the 524 recipes in Julia Child’s cookbook Mastering the Art of French Cooking in 365 days, rose to superstardom. The book, published by Little, Brown and Company in 2005, was a national bestseller. Four years later, Nora Ephron brought it to the silver screen in the movie Julie & Julia.

Canada has seen its fair share of blog-to-book success stories, too. Some, like the 2007 book Regret the Error by Montreal-based Craig Silverman, have helped launch careers. A collection of writing from Silverman’s long-standing blog of the same name, Regret the Error chronicles errors made by the media and the fall-out that accompanies them. It won the National Press Club’s Arthur Rowse Award for Press Criticism and helped solidify Silverman’s reputation as an expert in the field. Other successes, like the 2008 book Stuff White People Like by Toronto-born author Christian Lander, based on his website of the same name, and the 2012 paperback version of the Tumblr feed Dads are the Original Hipsters by American-born Montrealer Brad Getty, channel the in-joke of the moment.

“This is the stuff that needed to be in pages adorned with doodles and glitter.”

Perhaps the greatest Canadian blog-to-book success story in recent years is that of Toronto-based Neil Pasricha, who started 1000 Awesome Things as a way of bringing himself some levity during a dark period of his life, which included divorce and the suicide of a close friend. Just as the title suggests, the blog enumerates life’s simple pleasures (awesome thing #836: When you push the button for the elevator and it’s already there). In 2010, based on the popularity of 1000 Awesome Things, Pasricha published The Book of Awesome, which became an international bestseller.

Does this mean that any blog with a large following is ripe for publication? Toronto-based literary agent Denise Bukowski says no. “Often people who write blogs really don’t have the inclination or the sensibility to write a book,” she says. “Sometimes they can’t write something that’s integrated or beyond 500 words.” The best way to attract an agent’s attention remains the old fashioned way, she says: follow the agent’s submission guidelines.

Like The Book of Awesome, Rookie Yearbook One is intended to comfort and inspire the reader. “This is the stuff that needed to be in pages adorned with doodles and glitter; that is revisited in times of angst and crisis, and that couldn’t be just stared at on a screen for such an occasion,” Gevinson writes. But unlike 1000 Awesome Things, Rookie magazine is not a solo blog: it is a massive, sprawling website that contains hundreds of articles and interviews from dozens of contributors. 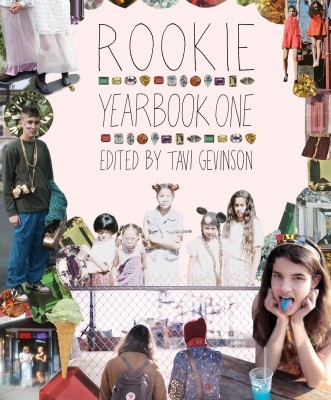 That could have made its conversion to a book disastrous. But Rookie Yearbook One is charming both in content and in layout, despite being as heavy as a biology textbook and equally packed with information. Credit is due to the extraordinary talent and skill of the book’s designer, Tracy Hurren of Drawn & Quarterly, to lead artist Sonja Ahlers who created all of the collages, water colors, and title headings by hand, and to Gevinson’s gifted contributors, many of whom are internationally famous authors and screenwriters.

Gevinson contends that Rookie Yearbook One is not a how-to guide to being a teenager, but rather “a place to make the best of the beautiful pain and cringe-worthy awkwardness of being an adolescent girl.” It is that, yes, but it is more: Rookie Yearbook One is a tool of empowerment for young women and I dare say young men as well. There are essays from celebrities (including especially poignant pieces from Lena Dunham, Joss Whedon, and Jack Black) describing their own difficult adolescent experiences and how they survived them. There are articles I wish had been available to me when I was a teenager (or, at least, that I wish I had known my peers wanted to read, too); articles such as “How to Approach the Person You Like Without Throwing Up” and “How to Look Like You Weren’t Just Crying in Less Than Five Minutes.” There are pieces that tackle difficult subjects like coming out, recovering from an eating disorder, or recognizing a bad relationship for what it is and getting out of it. And there is solid practical advice that adolescents and parents will both love, such as a primer on thrift store shopping, an article entitled “How to Clean Your Room in 10 Minutes,” and a guide to dressing for a party that tells readers to ignore all those fashion magazines comparing the shape of a woman’s body to a piece of fruit and instead to wear clothes that are practical, comfortable, and confidence-inspiring (“ask all the questions a mom would ask,” it encourages).

Rookie Yearbook One is also really, really fun. It is as mixed media as a book can be, with illustrations, photographs, stickers, suggested playlists to accompany specific articles or situations, and even a flexi disc. There is a continuous re-evaluation of what is the “best thing ever” (contenders: glitter, The Golden Girls, deep-sea creatures) and various taxonomies (midnight snacks, sweaters, hairstyles of the musicians of the 1980s).

When asked who Rookie Yearbook One was written for, Burns of Drawn & Quarterly says there is no ideal reader “other than any young woman interested in smart and fun articles.” But this reviewer would argue that even Burns’ definition is too narrow. Rookie Yearbook One is about adolescence, yes; but it is not just for teenagers. It is both a comfort for readers trudging through the swamp of adolescence and a balm for the wounds that older readers still carry, no matter their age.  mRb