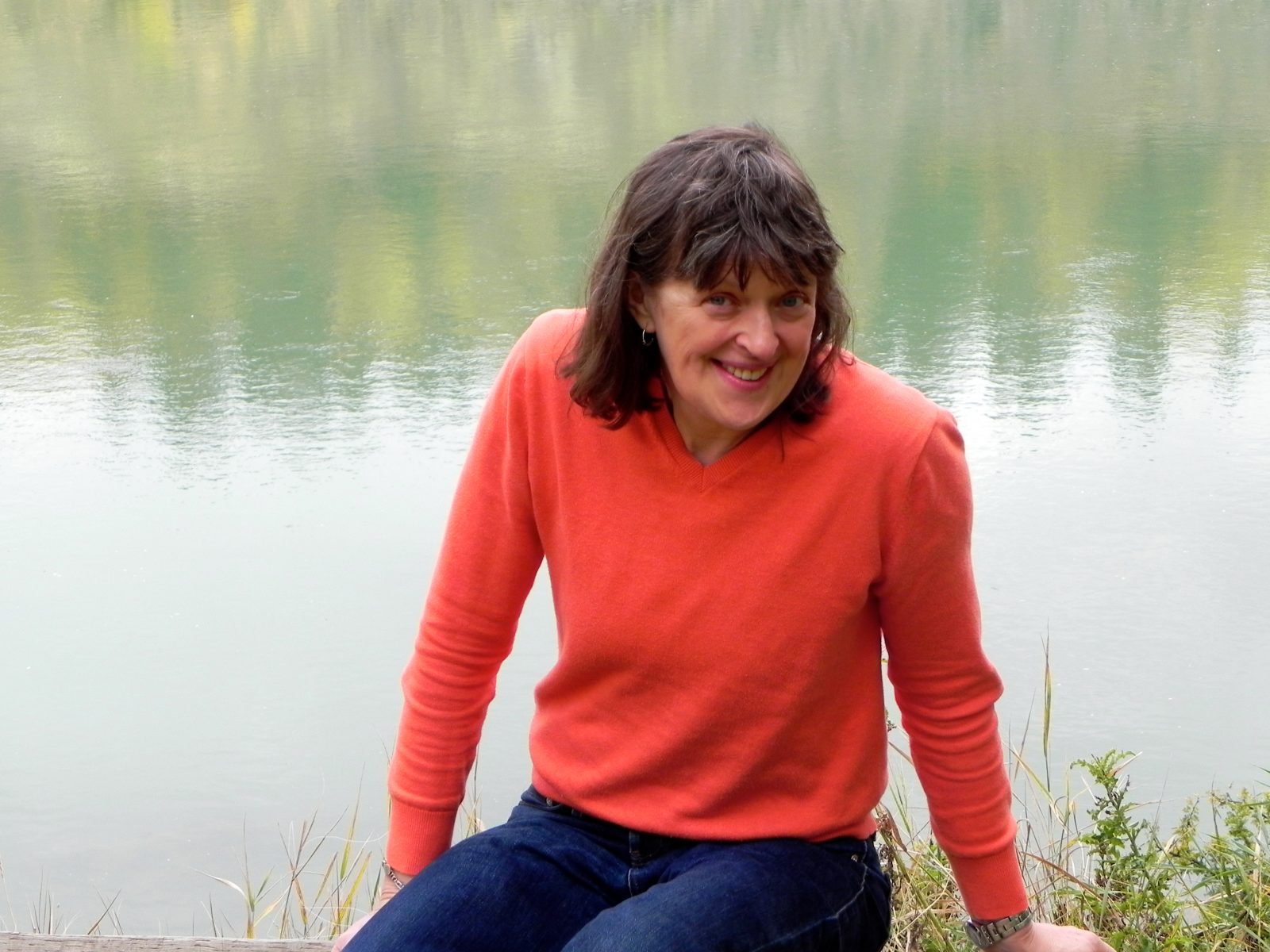 An Autobiography of Translation

The iconoclastic Galician poet Chus Pato is no stranger to multiplicity. Almost all her books are complicated by language and national politics. They are in part a post-modern reflection – part funhouse, part cri du monde – not just of her political beliefs, but of Galician literary history, of poetry’s power and right to independence, of her experience of ancestry and motherhood, of a resolute gaze to the future. 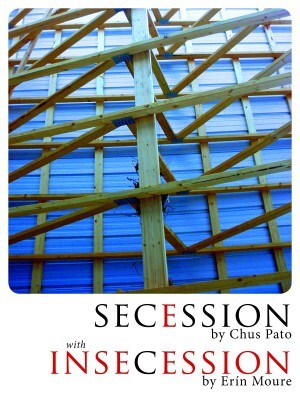 Those who have read the work of Erín Moure, Pato’s English translator, know that her work has never been straightforward either. At times combatively deconstructive and at times evanescently lyric, Moure’s poetry is a sailboat, precariously on the verge of either wrecking or lifting into the wind.

If the author is spectral, as Moure suggests in Secession/Insecession, then this book is doubly haunted, with the renowned Canadian poet translating and responding to an award-winning series of poetic texts by Pato published in Galicia as Secesión. Moure spoke to me from somewhere between Edmonton, Montreal, and Brooklyn.

Katia Grubisic: This is the fourth book of Chus Pato’s you’ve translated. How has the relationship of translation evolved into dialogue, and now into the poetic reciprocity of Secession/Insecession?
Erín Moure: I would call Insecession a reciprocation on my part rather than reciprocity, as Chus does not read or speak English. She knows my poetry only from Teatriños (Little Theatres) in the Galician translation by María Reimóndez (which exists thanks to Chus’s encouragement of the editor) or from looking intently at poems and books to discern their structures and using Google Translate. She deploys all the reading mechanisms at her disposal and stands as a model for the poetic investigation of a language you don’t understand!
Our first relationship was dialogue. I’d found her astonishing m-Talá in 2000, which I could scarcely read, as I was just learning Galician. I met Chus the next summer when I took a summer course in Santiago de Compostela to learn to speak Galician, and she continually brought me heaps of Galician poetry books, which I would read every week and painstakingly write down comments to be shared with her the following week. Her excitement at speaking and sharing with this new Galician speaker motivated me a lot. I wanted to translate Pato, though, and I had just started on it. Over the years, translating her work has infinitely improved my Galician and my poetry knowledge.

KG: You’ve said you don’t think “any poet has their own specific style at all times.” There is always slippage in your own voice, from book to book and over time – it’s productive, and organic. Yet there is something Pato-ish about her work here, and something Moureian about yours. Ghosts, perhaps; anticipations. Pato writes, “a poem is not composed of fragments but of ruins that are remainders of an earlier collapse or of one still to come, or that never happened, that are ghosts and despite this memorable.” Elsewhere, you ask “must someone haunt or bear this haunting?” What has brought Pato to her hauntings? What has your parcours been?
EM: Pato wrote Secession in response to a request from the Galician editor, poet, essayist Carlos Lema to write an autobiography, perhaps because her earlier books teem with female characters and imagined lives. Perhaps Carlos was trying to pin Pato down. But she can’t be pinned down. So she wrote poems (she calls them poems, Carlos calls them prose) that are a unique combination of poetics and biography or memoir. Theory and affect shimmer amidst each other and are productive and the result mesmerized me.
I translated Secession before it came out in Galician in 2009, in a fit of reading, wherein translation and reading were coterminous. We self-published 60 copies of my translation for sale at the Poetry International Festival Rotterdam, and I thought, how could I publish Chus’s work in Canada? What if I wrote a companion book, an echolation, and it were a bit longer than my translation of Chus’s Secession? We are the same age; perhaps I could write such an autobiography of myself, of poetry, and of translation. If our books appeared in one volume, it would qualify as a Canadian book.

KG: I love your term “echolation,” encompassing both “echo” and “elation.” The notion of the impossible has also recurred in your work, and it resurfaces in this book. “Impossibility is the only thing that can occur,” you write. Do you think poetry is especially suited to, or perhaps defined by, undermining, opposition, nullification, overturning?
EM: Poetry, to me, is a limit case of language; it’s language brought to its limits (which are usually in our own heads) where its workings are strained and its sinews are visible, and where its relationship with bodies and time and space cracks open. Poetry is without market value and thus is free to explore other values in the language act, in the simple fact of speaking. “Impossible” is what people said when I wanted to translate Chus Pato. Translation is often called impossible. In fact, I am most often attracted to translating “impossible” texts, texts that are not served well by the worn paradigms of translation based on a contrast between fidelity to the word (much more than this goes into translation, and in different ways than the paradigm supposes) and transparency or fluidity of the text in the target language.

KG: There are also political implications of translating from Galician. In Secession/Insecession, thematically and stylistically – ruins, memory, nationhood – it’s everywhere. If “the real is monstrous,” as Pato worries, how do we find the balance between reality and… would its antidote be metaphor?
EM: There are decidedly political implications. Galician is a language that is and has been under threat. I write in a hegemonic language, English. No one reading in English can know the political and affective pressure of having a native language under threat. Yet Pato’s work transcends the concerns of her language and nation, and resonates with us, as we all belong to the nation of trying to speak in the face of the commercial obliteration of speaking.

KG: You frequently translate from parent languages, notably Portuguese, Galician, and Spanish. Is there one or another that seems to fit you better, like
a coat you feel more comfortable in?
EM: Galician is the root language of modern Portuguese, though with centuries of repressions it also became invaded by Spanish. When you learn Galician, you end up learning a lot of Spanish (plus no one believes you speak Galician and always speaks Spanish to you), and it is easy to read Portuguese and in a couple of days to hear it and speak it, too. I consider myself to be a Galician speaker, though, and the other two languages come to me by osmosis. I think and dream in Galician.

No one reading in English can know the political and affective pressure of having a native language under threat.

KG: What drew you to Galician initially?
EM: Its sound drew me when I first went with my father in 1994 to the village on the Miño River from where his grandfather had emigrated in 1848 to Lisbon, then to Paris and London. Galician has a rich poetic history, and a rich, rich presence of women in contemporary poetry as well. And to add one speaker to a language under threat is to help it survive.

KG: You’re working on a translation of the novel Mar Paraguayo, by Wilson Bueno, whose work hasn’t been translated into English; you’re also working on your next book of poems. Is there any cross-pollination when you work on writing and translation projects simultaneously?
EM: Oh yes. It gets confusing, which is rather lovely, a lovely confusion, a helpful one. I end up writing in many languages at once, then have to decide if I will translate or leave or…

KG: One of the attractive aspects of your writing in general is the freedom with which you inhabit language: every word has a slot into which it wriggles, regardless of the language for which it was originally intended. Author, language, syntax, image – where is your primary allegiance?
EM: Just to being alive in words. A min non me importa en que idioma. I love languages. mRb