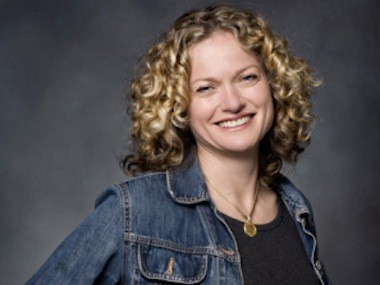 So Much It Hurts

Why does a woman stay with a man who hits her? And what does it take for her to finally choose to leave? This fall, two ambitious novels by Montreal writers tackle those complex questions: So Much It Hurts, by Monique Polak, and Lily and Taylor, by Elise Moser.

So Much It Hurts, the fourteenth young adult novel by Polak, explores the origins of an abusive relationship. The protagonist is seventeen-year-old high school senior Iris, a middle-class kid from the right side of the tracks. From the beginning, we learn that Iris is the kind of young woman whom adults feel they don’t have to worry about. She is a straight-A student, dates a nice boy, shows up on time for her waitressing shifts, and causes her overworked single mom no headaches.

Enter Mick, a handsome thirty-one-year-old director from Australia who is consulting on the high school’s production of Hamlet. It’s easy to see why he makes Iris’ heart skip a beat: where the boys in her class are insecure and fumbling, Mick is confident and smooth. But perhaps the greatest aphrodisiac of all is that Mick, a well-known director, believes that Iris, an aspiring actress currently playing the role of Ophelia, has talent. When Mick turns his intense gaze on Iris, she blossoms with excitement and desire. 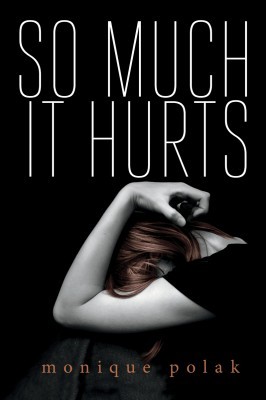 So Much it Hurts
Monique Polak

So Much It Hurts is told from a first-person perspective and Polak capitalizes on this to show us how Iris – increasingly isolating herself from the people who know her best – normalizes Mick’s controlling behaviour and violent outbursts. By the time Mick actually hits her, Iris has laid the groundwork to absolve him of his actions.

Lily and Taylor, Moser’s second novel, is a dark and violent thriller that explores a world in which domestic abuse is entrenched and expected by the women affected by it. The book opens in the aftermath of a murder. Taylor’s older sister (and her caregiver since their mother’s death) has finally been dealt a fatal blow by her long-abusive boyfriend. As a result, seventeen-year-old Taylor and her nephew must now move to another city to live with Taylor’s overworked grandmother and her controlling husband. Taylor’s boyfriend calls regularly, alternately threatening her with violence and begging for reassurance of her love. Why doesn’t she tell him off and hang up the phone? His sweet words (the ones that come between the insults) are the only tenderness
she gets. Besides, Taylor does not know a single man who is not at least somewhat abusive to his partner.

After school lets out for Christmas, Taylor and her new friend and classmate Lily, whose home life is similarly bleak, suddenly find themselves in a situation that grows more desperate by the hour. Ultimately, there is a tipping point in the plot; one that might (we hope desperately) also turn out to be a tipping point for the abused character.

Polak is frank about the inspiration for her novel: a similar relationship she had as a teenager. “It took me a long time to extricate myself from [the relationship],” she says. “I know first hand the feelings of powerlessness, denial, isolation, and shame that I tried to describe in this book. Even now, at fifty- three, and in a happy, stable relationship for nearly twenty years, I still feel a little bit ashamed about having been and having stayed in an abusive relationship.” The most challenging part of writing the book, she says, “was returning to those dark days in order to retrieve details I hoped would bring my story to life.”

Moser, too, found the experience of writing her book profoundly affecting. “I did have to take a break during the writing and go lie in bed in the dark for a while to come to terms with the violence the story demanded.” This is despite having mostly drawn inspiration for Lily and Taylor from stories about other people rather than personal experience. “You just have to read the papers to see it all around you.”

Moser says that she didn’t set out to handle the topic of domestic violence specifically, “but it is such a pervasive part of our society, and such a common experience for girls and young women, that it seemed natural to make it part of this story.” As a culture, she adds, we do not take domestic violence seriously enough. “The devaluing of women and women’s feelings that has played a part in several recent spectacular cases of bullying of teenage girls is of a piece with the attitudes that allow boys and men to abuse their partners. Domestic violence is, after all, a kind of bullying, but because it is in the context of a relationship, we somehow think it’s okay.” To ask why a woman doesn’t just leave an abusive partner is to oversimplify to the point of insult, she adds. “Why don’t people leave all the things they don’t like: their boring jobs, their crappy apartments, their horrible family holiday gatherings? Think of all the times you’ve seen a parent hit or verbally abuse a child in public – it’s so normal for them they are not even embarrassed.” 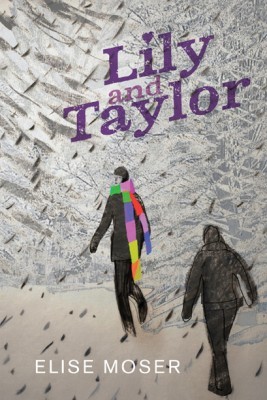 When asked about the greatest misconception about domestic violence, Polak describes the stereotypical view “that only uneducated, poor women with low self-esteem and emotional dependencies get involved in abusive relationships. I had that stereotype myself,” she admits, “which is partly why I didn’t see that I was one of those women.” Moser said that it is the mistaken belief “that it is not a serious problem, that it only happens to someone different from you, and that it is separate from all the other ways our society disrespects women.”

Both Polak and Moser hope that their books will resonate with women in similar situations to their protagonists. “I think it’s important to raise awareness about the issue; not just for the young (and older) women in such relationships, but also for others who judge these women,” Polak says. “Educated, successful, apparently confident women can also be in abusive relationships. Notice that I avoided using the word ‘victim’ here,” she adds. “The word victim is associated with powerlessness,” she explains. “Feeling like a victim can prevent women from developing the strength they will need to get out of these kinds of relationships.”

Moser has included a message at the end of her book for readers who may be in abusive relationships, including specific organizations to call. “I didn’t write [this novel] to be a handbook” for women in abusive relationships, she says. “But after I finished it, I thought, if a reader is someone living with abuse (as some readers will be, given how widespread it is), and if they come away from the book imagining a change for themselves, I owe it to them to give them at least a possible next step.” mRb