Calla, the narrator of Natasha Young’s Static Flux, is obsessively torn between wanting to excavate every detail of her being in order to understand herself, and worrying her writing is useless and that she is a cliché. Unfortunately, as the story unfolds, there is little to refute this worry.

She meanders through her days in Montreal and then abruptly moves to LA, where she continues to do the same. She starts a relationship with a charmless Swiss man with a self-righteous Eurocentric attitude, and a friendship with Alix, a woman whose main activities are lounging in vintage kimonos, photographing poor people for her “art,” and dropping acid in her sprawling LA home. We are told these relationships are deeply emotional, but the dialogue and narration are often so stilted that none of this emotional depth comes across. The characters speak like no one I’ve ever met or would want to meet: “‘Sometimes I think maybe all life is a physical manifestation of energy through which to channel more energy,’ he said with a yawn.” There is
a general clunkiness to the prose that is distracting. 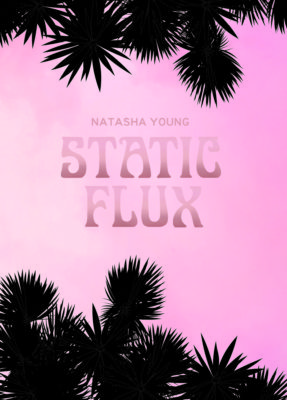 Calla is lost and struggling with depression, but there is only so much drifting that can happen before boredom sets in, especially when it is accompanied by painfully awkward asides that read like the dude with the philosophy degree who won’t stop talking at you in the bar. Young does reveal some class tensions between Calla, who grew up poor and is trying to make it as a writer, and Alix, whose wealth is abundant. She also explores how different forms of mental illness can manifest – but these explorations feel incomplete.

There are a few strange, visceral moments that give Static Flux some interest, like when Calla cuts a cherry angioma off of her face, or when she skins and butchers a deer after hitting it with her car. Overall, however, I found it to be often flat, often pedantic, lacking humour, and encumbered by too many detailed acid trips.

Where Static Flux often feels like a surface exercise in (life)style with little depth, Natalia Hero’s Hum is deceptively simple, its every scene and encounter whittled down to a minimal core. The simplicity belies a deep river of trauma, grief, and emotion that the narrator is left with after she is raped by a man she meets at a work party. The writing is expertly paced, and the imagery and phrasing are carefully wrought, delicate yet powerful, like the tiny bird whose constant noise gives the book its title. 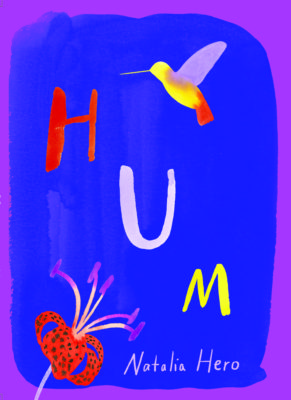 The hummingbird appears to the narrator the morning she wakes up to realize she has been raped. At first, Hero leaves us wondering if the bird is an overarching metaphor for trauma, but it soon becomes clear that things are more complicated. The narrator’s bird is a real bird, a bird that other people can see, that must be hidden or revealed, fed or abandoned – and is also a creature born of her sexual trauma. In a nice twist, the narrator goes to her first sexual assault survivors meeting and discovers that the other attendees have their own birds – they fly around overhead while their humans try to talk about what has happened to them, what is happening to them. The narrator both dreads and needs these meetings, and the other people who share her experience to some extent: “I hate having nothing in common with them except Everything.”

The narrator fights with herself, feels cut off from others, and struggles to live with this hummingbird constantly at her side. There is a tension in her – should she care for the bird as a familiar, or even a part of herself, or reject it for its manifestation of what she has survived and would love to forget? Hero manages to imbue her book with magical realism in a way that adds rich layers to the narrative, as opposed to distracting from it. Birds, especially small colourful ones, are often written as whimsical adornment, but the birds of Hum are different beasts, just as Hero’s narrative of trauma, survival, and healing is complex, raw, non-linear, and anything but easy. mRb