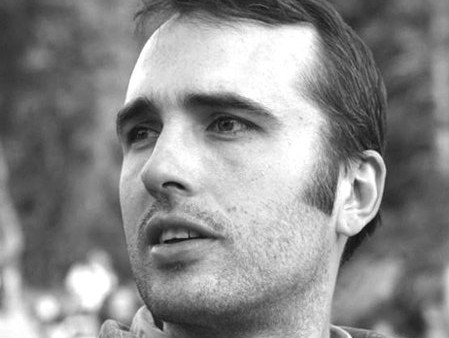 As a rule, Daniel Griffin avoids using exclamation points. The economical, unadorned prose that is the distinguishing feature of his new short-story collection, Stopping for Strangers, doesn’t provide much room for excessive gushing, punctuation marks included. Griffin’s characters are damaged, often emotionally stunted types, as skilled at deceiving themselves as they are at deceiving others. They don’t talk to each other so much as talk in the vicinity of each other. For instance, in “The Last Great Works of Alvin Cale,” a finalist for the 2009 Journey Prize, the estranged relationship between a father and his dying son is summed up in a remark made by the son’s wife who observes: “The things the two of you need to talk through could fill a book.” Just not this book or the ten stories in it, which are all the more affecting for everything that’s left unsaid. This is Griffin’s first book and for a first-time author he is remarkably trusting – mainly he trusts his readers to read between his carefully crafted lines.

All of which may explain why spotting an exclamation point in Griffin’s email correspondence – Griffin lives in Victoria, but he’s writing me now from India where he’s been since May, engaged in his “day job,” setting up an office for the tech company he works for – is a little surprising. I’ve just emailed him to assure him that forty, which he’s about to turn, is hardly old for a literary debut. In fact, it’s about average. A short while later, he responds with the kind of enthusiasm that is out of character with, well, his characters: “Glad to hear I’m only about average in terms of age!”

Of course, you don’t need to read between the lines to recognize the excitement mixed with relief in this comment. Griffin, who figures he’s been revising the stories in Stopping for Strangers for a decade, has had his share of what’s-taking-so-long moments. Frustration and doubt have lurked, he admits, but then he adds: “writing’s an act of faith in so many ways, and for the most part I’ve had faith.” 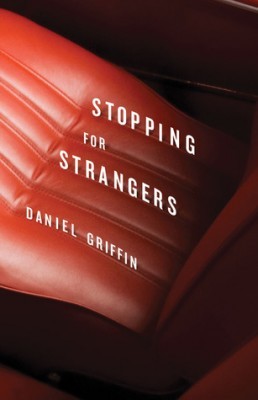 The word last spring that Esplanade, Véhicule Press’s fiction imprint, was accepting his book finally confirmed that faith. He, his wife, and three daughters had recently arrived in Chennia, a crowded, noisy city in the south of India, and he was still jetlagged when he received the email with the good news. “It was about four in the morning,” Griffin recalls. “I stepped out into the street, walked around. I was thrilled of course. I’d been working on these stories for years, always with an eye to putting a collection together and now it was happening. There’s life on the streets in India, even at that hour – people sleeping in rickshaws, or on the streets, a cou- ple of people starting up their gas stoves to cook…. It was a surreal experience to have this great news to share and to be surrounded by people I couldn’t talk to about it.”

This is, incidentally, the kind of scene Griffin would go to considerable lengths to downplay if he were transforming it into fiction. The surreal elements would likely give way to something a little grittier and, in Griffin’s hands, more complex as is the case in the title story. So while readers may expect “Stopping for Strangers” to turn into a predictably weird cautionary tale about picking up hitchhikers, it becomes even creepier the more deeply Griffin explores his characters’ more subtle and human motives.

Andrew Steinmetz, Esplanade’s fiction editor, met Griffin a couple of years ago at a literary event and his first impression was of “a shy, tall fellow from another era.” But if Griffin’s personal style seemed a little unusual, so did his prose. Steinmetz ended up reading “The Last Great Works of Alvin Cale” and was immediately hooked by “Daniel’s style,” which he describes as “very sparse and simple, but… (with) an edge.” Likewise, in the blurb he contributed to Stopping for Strangers, David Bergen, the Giller Prize-winning novelist, also seems to have recognized in Griffin’s stories a writer from another era: “(Stopping for Strangers) evokes echoes of the plain and piercing voice of Raymond Carver.”

The comparison, here, to the 1980s poster boy for the much celebrated and later much maligned literary school of minimalism couldn’t be more fitting, or flattering, as far as Griffin is concerned. He is, he acknowledges, “a big believer in influence” and Carver’s stories, famous for their pared-down realism, were a revelation to Griffin when he first came across them in his early twenties.

I’m a rewriter not a writer. For me, the true work is in the revision, the repeated effort to improve, uncover, polish, and re-envision…. The reality of being a writer is continual dissatisfaction.

“Reading (Carver’s) stories made me want to write short fiction, it’s as simple as that,” Griffin explains. In addition to Carver and other American masters of the form like Ann Beattie, Griffin cites the influence of Canadian short-story writers like Guy Vanderhaeghe, Greg Hollingshead, Annabel Lyon and, of course, Alice Munro. Still, the Carver stories are the ones he keeps coming back to: “I visit them like old friends and like old friends they’re a joy to spend time with, but they can also still surprise and amaze.”

For his part, Griffin is also determined to find surprise and amazement in the seemingly ordinary moments in his characters’ lives. Minimalism may have fallen out of favour a couple of decades ago, but this hasn’t kept Griffin from absorbing its most enduring lesson: how to do more with less. Major things happen in Stopping for Strangers – infidelity, domestic violence, suicide, illness, death – but they tend to happen, quite deliberately, offstage. Instead, the reader is left to sift through the emotional residue of love and loss. In the collection’s opening story, “Promise,” it’s the simple failure of two brothers, who were once close, to reconnect that leads to tragic consequences.

Family life and its secret fault lines are at the heart of most of Griffin’s fiction. It seems the more the husbands and wives, the siblings, the parents and children in Stopping for Strangers care about each other, the more skilled they are at pushing each other’s buttons. The opening lines of “Lucky Streak,” for instance, reveal everything you need to know about a marriage close to collapsing under the pressure of financial hardship and mutual resentments:

After I lost my job, my wife hung up her shingle as a massage therapist. She emailed friends and family, told co-workers from her day job, put an ad on Craigslist and bought a second-hand massage table. When it wasn’t in use, we folded the table in half, turned it on its side and set the TV on top of it.

There is something about the throwaway effortlessness of a passage like this – its mix of dark humour and lighthearted trepidation – which points, of course, to a great deal of effort. “I’m a rewriter not a writer,” Griffin explains. “For me, the true work is in the revision, the repeated effort to improve, uncover, polish, and re-envision…. The reality of being a writer is continual dissatisfaction.”

So, too, is the reality of being human. The merits of Stopping for Strangers emerge ultimately from the care Griffin takes in establishing his characters in the grey zone where most of us live most of the time, that place between our best intentions and worst impulses. “These are… the situations that interest me,” he writes, concluding a long email. “A flawed person struggling to do the right thing is so much more interesting than either a bad person doing a bad thing or a good person doing a good thing.” mRb