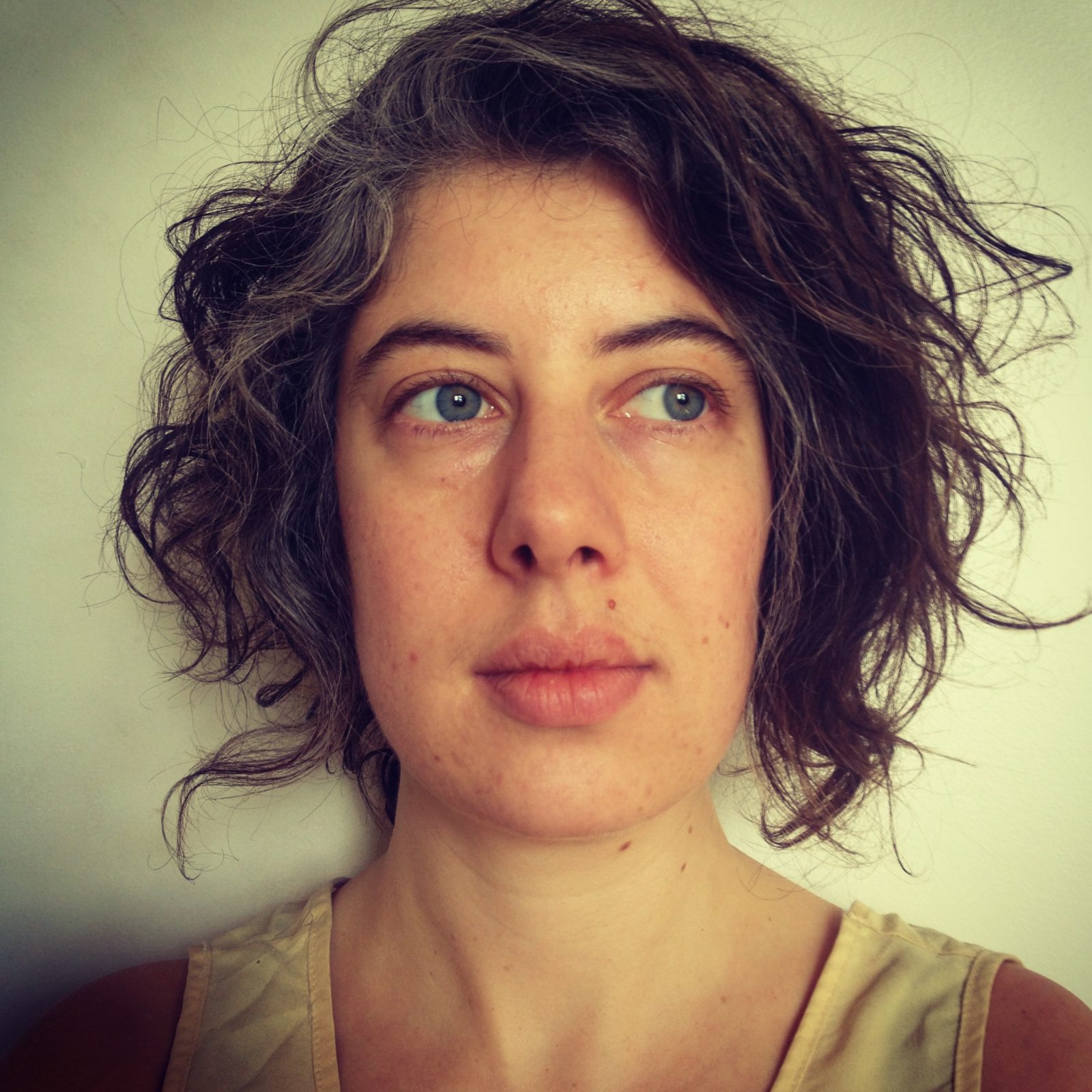 “I don’t care about hockey,” says Anna Leventhal, as the greasy spoon diner we’re in erupts into cheers over a Habs playoff goal. “But it’s still kind of exciting.” What interests her is the camaraderie. It’s these “networks of intimacy that happen outside of families” that she explores in her first book, Sweet Affliction. “I write about communities, for lack of a better term.”

A cancer patient, a young ballerina, a date rapist, a female prisoner: Leventhal’s characters stumble into, drift away from, or pass by one another unknowingly. The collection’s 15 stories unfold cinematically through rapidly intercut glimpses of everything from the beginning of life to its end, making for a diverse spectrum of tone, point of view, and topic. Leventhal, who has been spinning tales since age four – dictating “epic stories about this family of cats with really long tails called the Meower family” – wrote Sweet Affliction over six years. 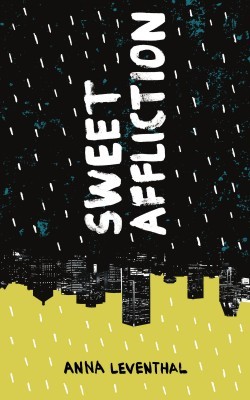 Most of the stories are tied together in an interlocking structure and share Montreal as their setting. The uniquely Montreal ritual of mass lease transfers on the first of July is seen through a kaleidoscope of residents across the city in “Moving Day.” But like a 3-D image appearing magically from a pattern, a bigger picture emerges as Leventhal shifts smoothly between wildly different perspectives. The residents share a quiet bitterness and a collective resilience over the desperation that hides behind Montreal’s laidback and glamorous facade.

Sweet Affliction is full of déjà vu. Sally is a squatter in “Moving Day,” as well as another character’s aunt, afflicted with multiple sclerosis, in another story. Then she pops up as a young friend who “scorn[s] the idea of sexual difference.” “Fucking is fucking,” says young Sally, “cock or no cock.” Leventhal revisited certain characters because she “wasn’t ready to be done with them,” and the connections between stories provide the reader with the pleasure of recognition and add emotional nuance. It’s bittersweet to see Sally as she “hoists herself up one side of the dumpster, and … swings one leg then the other onto the refuse heap,” and, years later, sitting in a wheelchair.

Leventhal “didn’t want it to be a story cycle,” however. Each piece can stand alone; in fact, the tenuous way in which life stories overlap is itself a recurring theme. People bump into each other years later, as in “Maitland,” a horror story that unwinds like an unexpected punch concealed within the banal sweetness of a family Passover dinner. Leventhal loves “that layeredness of the short story where it lifts the lid and you see all these things going on underneath that you weren’t aware of.”

The narrator of “The Shirt” is surprised to run into someone: a stranger wearing his own shirt. He had last seen it worn during a one-night stand by a woman who was for him a half-forgotten footnote; for the other man, the narrator learns, the woman is a poignant memory. Leventhal examines how and why the imprint that we make on one another’s lives fluctuates so dramatically.

Sweet Affliction’s oldest story, the Journey Prize-nominated “The Polar Bear at the Museum,” depicts a budding “too-close-for-comfort friendship between women where it’s part competition and part love and part confusion.” Leventhal tells me it’s “emblematic of a lot of the relationships that I’m interested in.”

She is also keenly attuned to “our relationship with our bodies, especially for female-bodied people.” Pieces “revolve around sickness and disease, ability, and disability” as well as “fertility, infertility, and choices around fertility.” In “Gravity,” a teenager muses as she buys a pregnancy test that “they should make two different kinds … one for women who really want to have a baby and one for everyone else. Each test would have the same two graphics: a bunch of exploding fireworks with the words Way To Go under it and, like, a frowny face. The same symbols for both tests, but for opposite results.”

Leventhal excels at dark humour. Many stories have the fantastic believability of retold anecdotes. “I basically just listen to stories people tell me and then appropriate them,” Leventhal half-jokes. A Winnipeg native, Leventhal has lived in Montreal for 17 years. The city’s neighbourhoods, dépanneurs, franglais, and Hasidic bakeries fill Sweet Affliction. “Sometimes I’ll be in the midst of a story and I’ll be sort of struggling; then I’ll just reach for something familiar,” Leventhal explains. “Oh yeah! That thing my friend told me about, there’s something there that I can draw on … There are parts of me in all of the characters.”

Leventhal writes as often as possible. “Sometimes I actually have to set a timer to be able to write … at the end of 20 minutes I’m allowed to stop.” She has also completed a master’s degree in Communication Studies on Winnipeg’s public access television, and worked with independent media projects such as Bookmobile, the Bibliograph/e zine library, CKUT radio (she’s working on a novel set at a community radio station), and as a bartender at Casa del Popolo. All of this keeps her sharp eyes and keen ears surrounded by storytellers. Fascinated by raconteurs, she has a talent for capturing dialogue and idiosyncrasies.

Christopher Isherwood had Berlin, she points out, whereas she draws inspiration from the mix of earnestness and helplessness that’s the zeitgeist of a certain Montreal lifestyle. Her fellow artist-activists are “always hustling and don’t necessarily have a career, don’t know how they’re going to make money, don’t know really what their place in society is – not exactly the margins of society, but people who don’t see a reflection of themselves in the broader culture.”

The influence of other writers, especially Grace Paley and Amy Hempel, emboldened Leventhal to depict her own circle: they “make you feel like it’s okay to write about what you’re writing about.” Local readers are likely to feel at once creeped out and proud to recognize themselves and their friends in her work. Montrealers have certainly responded to her writing – Leventhal was voted second place in the category of “Best Living Author” in Cult MTL’s 2014 Best of Montreal poll, trailing none other than Leonard Cohen.

Though it’s the only city she’s known as an adult, Leventhal doesn’t picture herself growing old in Montreal. Then again, “I don’t really picture myself growing old anywhere,” she says. “I’m really a one-day-at-a-time person.” And like Leventhal, her characters tackle life one day at a time.

The book opens with an epigraph by Derek Walcott: “There is no rest, really, there is no rest. There is just a joyous torment, all your life, of doing the wrong thing.” When the narrator of the book’s title story is hospitalized for uterine cancer, she uses her “collection of positive adjectives” as armour against her pain, “[creating] a whole new meaning.” As life for Walcott is a “joyous torment,” cancer for her is “awesome agony. Bootylicious suffering. Sweet affliction.”

“In retrospect,” thinks Leventhal, “the character in that story is … experiencing things that she doesn’t know how to articulate so she’s just sort of grabbing for words and putting them together trying to express what’s going on in her body.”

“That’s what all writers are doing, right? We’re all just kind of throwing random words together, trying to explain what’s going on with us. Mostly failing, but nevertheless creating something.” mRb