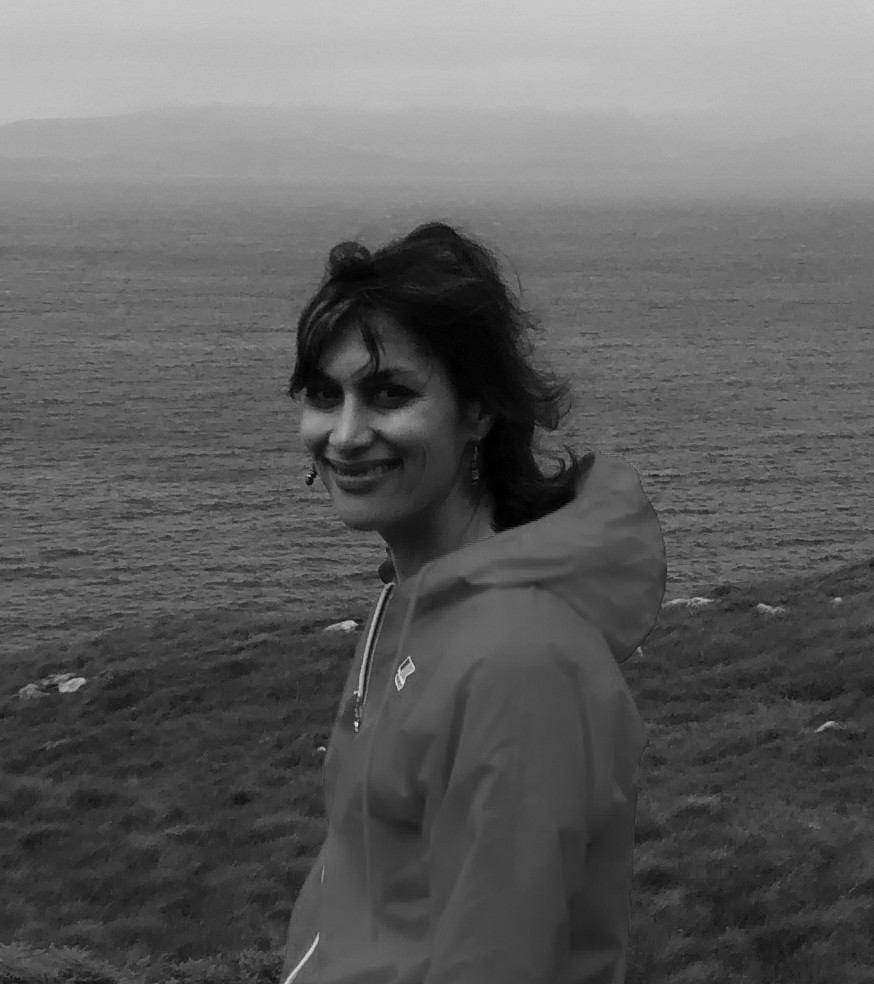 Swing in the House and Other Stories

Montreal’s Véhicule Press has a reputation for publishing strong, modern, stylistically original fiction by new writers, and Anita Anand’s debut collection, Swing in the House and Other Stories, published under the revamped Esplanade Books imprint, is very much in keeping with that tradition. Anand has a fine sensibility and an ear not just for dialogue, but also for situation – for parsing the almost invisible shifts in dynamic and power that happen between ordinary people.

At times, Swing in the House reads more like a series of vignettes than a collection of isolated stories. Many pieces are only a few pages long and have an unfinished feeling, but lyrically so; their abrupt endings leave you suspended, vertiginous, like when the music cuts out in the middle of a dance party and you find yourself moving through a silent room, the sound of your own blood in your ears. While the style is purely her own, Anand credits writers such as Miranda July and Ludmilla Petrushevskaya with giving her the confidence to maintain it: “Both authors write stories that sometimes come to a jarring stop, which is somehow also very satisfying,” she says. “I don’t know how much those books have influenced me, especially since I discovered both of those writers very recently. But reading works like these encourages me to trust my instincts and keep writing that way.” 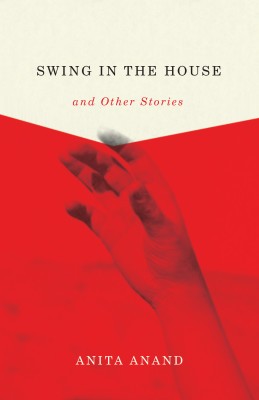 Swing in the House and Other Stories
Anita Anand

It’s not simply style for style’s sake. Something feels very true about stories where things don’t get resolved in a neat, plot-driven arc. “I try to explore ideas of family relations, racism, and so on, without resolution because they are inherently unresolvable subjects,” Anand says, “and all we can learn from them comes from portrayal.” And what does she portray? Lost girls, uneasy friendships, displaced families, couples who betray each other in clumsy ways; a hundred small and portentous moments that happen in between life’s defining events. Her stories engage race, gender, class, mental health, and family ties with subtlety and a wry, delicate touch, often drawing on Anand’s own experiences. “One day,” she recalls, “I listened to somebody at work talk about how she disapproved of the inclusion of visible minorities on Coronation Street. I didn’t say anything at the time. I am an introvert and apparently that means I don’t have quick retorts. Instead, I went home and thought about what really struck me – about how this colleague had no idea of what it meant to feel unrepresented, how it makes you feel both invisible and too visible at the same time. And I sat down and wrote ‘Doppelgänger.’ I made sure it was from a white person’s point of view, that of the bewildered, lovable goof of a white boyfriend who tries to understand his girlfriend, who is half-Chinese and half-white, and [who] struggles with her identity at least partly because she doesn’t see herself represented anywhere.”

Anand, who was born in Montreal, has lived in and around the city with stints in British Columbia, the United States, and the United Kingdom. Having been, she says, the only person of Indian origin in many situations for much of her life, she has the gift of estrangement that impels so many writers. “As anyone like me can tell you, being a visible minority is uncomfortable,” she says. “Constantly being asked where you are really from, for example, is really unsettling. It can make you feel unsettled for life. If there is one thing that drives me to write, it is the sense that there is still a lot of ignorance about what it means to belong to a visible minority. Rather than rant about white privilege, I have chosen to try to bridge the gap in understanding in a gentler way. My hope is that fiction can do that; it can create empathy.”

Some stories address race outright, like in “Marilyn Bombolé,” where a Cameroonian-Canadian woman deals with the difference in treatment afforded to her given (African) and married (white-bread) names. In others, like “Doppelgänger” or the title story, race and racism are undercurrents that shift the narrative flow. In “Between Black and White,” which Anand describes as her story, a middle-class Indian family moves to New York, where they encounter both white and black people who are poorer than they are, but less socially isolated. “We were constantly moving when I was a child,” Anand says, “and I had to adapt to being not just the new kid everywhere we went, but also the only Indian kid. And I didn’t feel Indian. I just felt out of place, wherever I was.” The child who narrates this story describes her Indian-ness in these terms: “This meant that our home smelt like incense. That we sometimes ate food that other people, like my piano teacher or my dad’s boss, refused to even try. That when my parents went out to a party, my mother would dress in clothes that made her look beautiful, colourful and weird at the same time, like an exotic bird.”

Characters like this populate Swing in the House; they are in some way outsiders, or lost, or groping in a tentative but persistent way. In “What I Really Did,” which was nominated for a Quebec Writing Competition award, an adolescent tourist puts herself in an excruciatingly vulnerable position. In “The Dare,” a woman who calls herself a shy exhibitionist upsets the balance of her suburban neighbourhood by standing outside naked. A hungover man relives childhood patterns while looking for both his car and his brother in “The Search.” This kind of narrator is familiar to Anand: “The people closest to me, the people I know, and, okay, that includes me, are a bit uncomfortable in this world. We are people who have never had the luxury of being part of a majority, whether it is because we don’t look the same or we don’t think the same. We don’t wield any power. And our views of the world are interesting, if only because they are views that aren’t represented very much.”

Anchoring the collection is the title story, which began as a novel that Anand kept in the proverbial drawer where all writers have at least one manuscript stashed away. “When I opened the drawer,” she says, “I immediately began hacking away at it, because it was awful. So now it’s a novella.” By far the longest story in the collection, “Swing in the House” follows one woman, Julie, through an unhappy marriage, an affair, and a troubled but enduring friendship. And, in keeping with the book’s sensibility, it deals with what Anand refers to as “a minority predicament” – a character is diagnosed with HIV, which quickly progresses to AIDS. Anand explains: “Someone I knew in the nineties died of AIDS, basically because she was diagnosed too late. Why was she diagnosed so late? Because she wasn’t African, an intravenous drug user, nor a gay man. When she suddenly became ill and died, all of her friends, including me, were just reeling. There was no information out there, no stories about people like her. It was our first experience of death, and it seemed so unfair. We hadn’t been warned; she hadn’t been warned. We were busy being young and immature, oblivious to such a thing.”

For Anand, experiences like this are the impetus to write. It’s a way of making sense of the absurd, but also a way of colouring in what’s often invisible. The desire to be seen, to be recognized, is powerful – even if it comes at the cost of comfort, which holds as true for Anand as it does for her characters. “Maybe, ultimately, I’m like the woman in ‘The Dare,’” she says. “A shy exhibitionist.” mRb