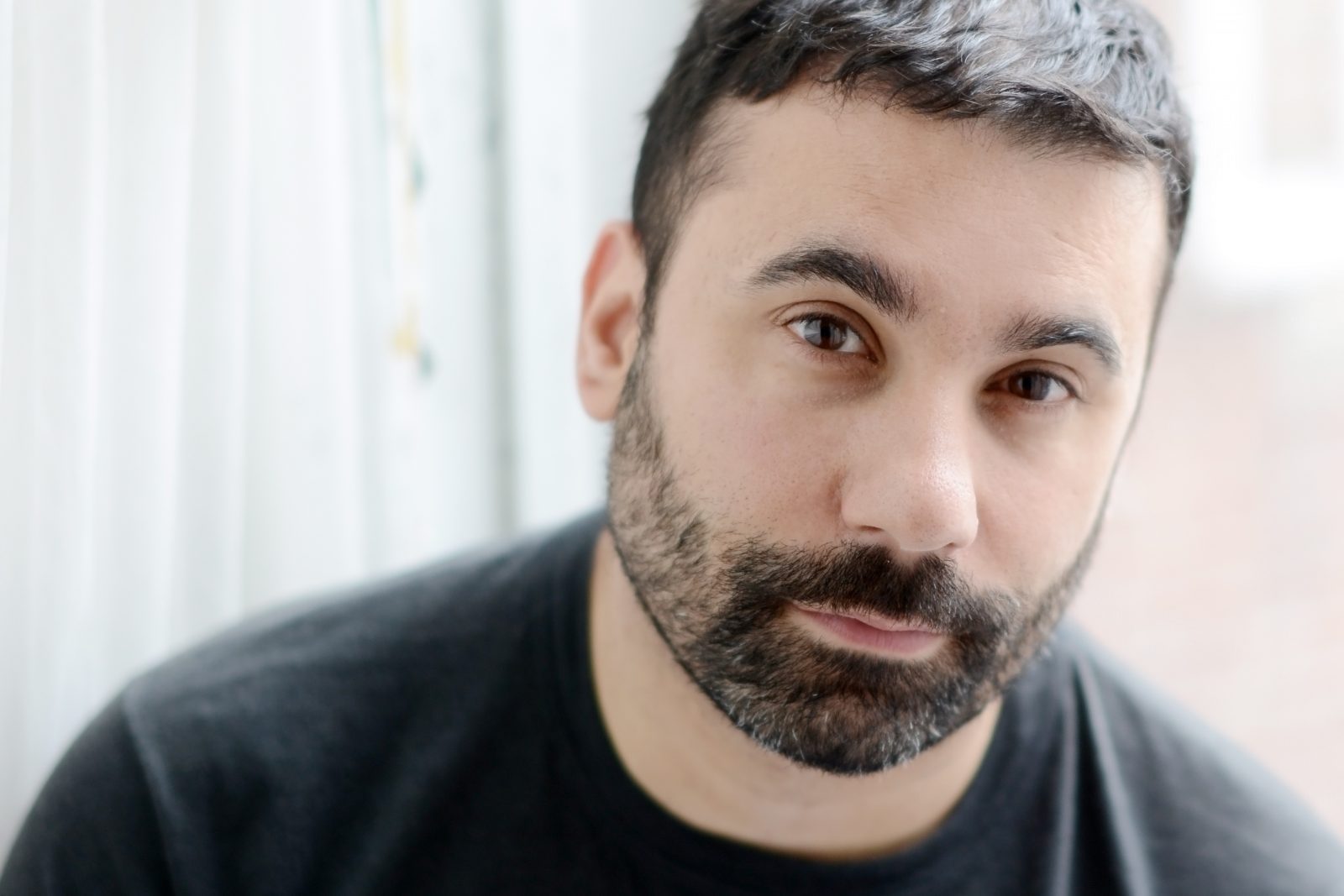 The Geography of Pluto

“I want to pick up a book and read about someone else’s life; what they live and experience; what I will never know; because I’m not that person.”

These are the words of Christopher DiRaddo, spoken on the coldest night of 2013, over beer and bourbon in the eternal happy hour of Sky Bar. They could have, however, just as easily been spoken by Will Ambrose, the protagonist of DiRaddo’s forthcoming debut novel, The Geography of Pluto. Sitting down to talk about the novel at Sky is perfect since Will may actually have been born here – a zygote moment scribbled on a cocktail napkin with a pen borrowed from a waiter. That said, the details are sketchy and he might also have been scrawled on a party handbill at one of the other clubs that have come and gone along St. Catherine E. since 1995: the Adonis, Parking, Stud, all places where Will might have looked down on the dance floor from above, feeling like an explorer and an outsider as he prepared to wade into the fray. Why is it so right to be talking when it’s -42 outside? Will is living the eternal suffering that follows the end of his first real love, and the worst part of heartbreak, besides being lonely and hopeless, is that it’s like a Montreal winter – it won’t fucking end!

“I used Slaughterhouse-Five as an emotional guide … war catapulted [Billy Pilgrim] into a non-linear way of living his life … that’s how Will feels too … when you fall in love it’s not war, but you’re doing things you never thought you were going to do.”

The book’s crystalline prose makes for an incredibly smooth read but the most impressive technical accomplishment is the timeline. Picture a young man watching TV in his mother’s humble Plateau apartment, or marking high school geography exams – guts churning in the introspective hell of heartache – until he’s suddenly catapulted into the past, recalling a moment of discovery, intimacy, or regret. The lucidity of the remembered scene is so profound that it flings him out into yet another recollection as vivid as the first (think Inception’s dreams within dreams). The overlapping waves of the recursive emotions build, and build, and build, until they finally spill over and swamp Will in Territory whichever level of present he is living. It’s important to say that there is no authorial attention drawn to this impressive feat, in fact you almost never catch DiRaddo playing his temporal tricks; it’s much more subversive. In Blindness, Saramago left out visual dialogue cues to make the reader “listen” for who was speaking, as the blind must. DiRaddo doesn’t shift verb tense or point of view when he moves through the Russian-doll past(s), and the action is always equally present and descriptive. This forces the reader to navigate Will’s timeless purgatory by feeling for whichever emotional mass is strongest at that point in his recollection: “this must be when he was still with Max,” or “this is when his mother was going through chemo the first time.” It’s sneaky and effective, because it’s utterly transparent.

“At one point, what we think is a curse in our lives, we end up celebrating…” 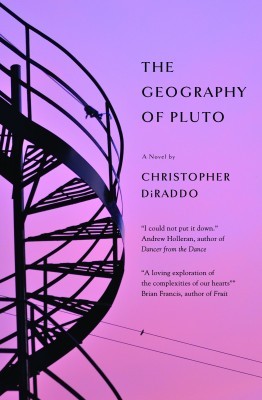 The Geography of Pluto
Christopher DiRaddo

DiRaddo won a Mr. Hairy Chest contest in a bar – it might even have been at Sky. The short story it inspired ended up in First Person Queer, a Lambda Literary award-winning anthology. He studied Journalism and worked freelance as a PR agent with groups like Blue Metropolis Foundation. He’s active in the Quebec Writer’s Federation and he works for CBC’s Canada Writes. All this to say: DiRaddo got his chops the old-fashioned way. He gives a great deal of  credit to the people who have influenced him: Andrew Holleran, a writing idol who blurbed the Geography of Pluto; Peter Dubé with whom he worked in the QWF Mentorship Program; Marc Côté, his editor and publisher at Cormorant.

“Marc told me to never underestimate my audience… he said to me: it’s a story of the heart – let it be that way… and Pluto, more Pluto.”

Will’s emotional meandering leads him to the most serendipitous of philosophical destinations – Pluto, for instance. Why Pluto? It starts with the New Horizons probe launch, which will finally photograph the planet’s surface sometime in 2015, but it leads to musings about the loneliest planet. It’s cold. It’s part of the solar system and then it’s not. It’s the archetype of an outsider. And from there it leads to Pluto as god of the Underworld, the god of deviancy, death, and rebirth; Pluto who created winter when he tricked Proserpine into eating pomegranate seeds in Hades. More Pluto, indeed. And why “Geography”? It’s the subject Will teaches, but this reference seems to have much more to do with his fascination for pathways, and footprints, and maps. He never leaves Montreal, but tramps like an anthropologist through the snowy streets and alleys on the east shoulder of Mount Royal, between the St. Lawrence River and Little Italy.

“In life, a man comes into many ages. Coming of age happens all through life…”

DiRaddo spent a great deal of time thinking about what kind of story he wanted to tell: fourteen years elapsed between those embryonic napkin scribblings and the pending publication. He and Marc spent two and a half years editing. DiRaddo didn’t want to tell the story of a young gay man coming out or coming of age in 1990s Montreal. (Does anyone want to have their novel described as a coming-of-age story?) The novel’s most concrete storyline starts and ends with Will entering his early/mid 30s; Will is coming into his next age, not middle age, but the one before that, wherein a fellow raises his eyes from the chaos and delight of spreading his seed and realizes that life is both longer and shorter than he first thought and recognizes that new responsibilities and more complex opportunities await. The story is universal but utterly specific in what it chooses to tell us about Will. It’s a simple story of romantic loss, of family loss, of friendships stretched to the limit, almost for the purposes of seeing if they’re truly worth the effort. The Geography of Pluto is a 3D map of an outsider’s complex terrain – better yet, it’s a 4D map when you consider the depth that time lends to things. It’s a trip through a man, and into a man. Quite literally. mRb