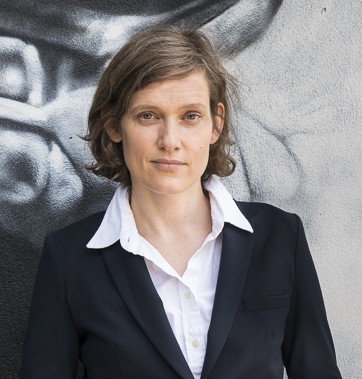 The Girl Who Was Saturday Night

The protagonist of Heather O’Neill’s long-awaited second novel, The Girl Who Was Saturday Night, is nineteen- year-old Nouschka Tremblay: intelligent but directionless, poor despite her celebrity, and stuck in the well-worn rut of her relationship with her deadbeat twin brother, Nicolas. She dropped out of high school in response to Nicolas’s cajoling, and the two roommates, best friends, and partners in crime have been drifting hedonistically ever since. But something is shifting in Nouschka. The easy-way-out choices of their adolescence (rhetoric over critical thought, petty theft over a minimum-wage job), which continue to suit Nicolas, don’t satisfy her anymore. When we meet her in 1994, on the threshold of her twentieth birthday, Nouschka is struggling between the pull of attempting to make something of herself and the inertia of her squalid and promiscuous existence on boulevard Saint-Laurent. “I was trying my best to straighten out my life,” she tells us, “but I always ended up in the middle of some festive waste of time.”

The intimacy of the siblings’ relationship is understandable: they have had only one another to rely on all their lives. Their mother abandoned them in infancy and their absentee father, the has-been French-Canadian folk singer Étienne Tremblay, shows up only when he wants to use them as props in his pursuit of publicity. The elderly grandfather who raised them, Loulou, though sweet and kind, cannot relate to the twins.

What alternative does she have to her current life with Nicolas? Nouschka isn’t sure. Against the backdrop of the 1995 referendum, Nouschka must weigh her own “Oui” vs. “Non” options.

Writing from the perspective of a “pure laine” Québécois character is politically charged, particularly when the character is as cutting a social critic as Nouschka. In the first few pages of the book, Nouschka describes the legacy of les filles du roi who reluctantly helped colonize New France: “They were pregnant before they even had a chance to unpack their bags. They didn’t want this. They didn’t want to populate this horrible land … They spoke to their children through gritted teeth. That’s where the Quebec accent came from. The nation crawled out from between their legs.” Later, Nouschka explains her father’s popularity thus: “Quebec needed stars badly. The more they had, the better argument they had for having their own culture and separating from Canada.”

O’Neill was unfazed by the politics of an Anglophone writer adopting the voice of a Francophone. “I didn’t really consciously think about it,” she says. “It just happened and I really enjoyed it and by the time I thought about possible ramifications, it was all too late: the Tremblays were already alive and well and living in Montreal and they wouldn’t let me go until I’d told their tale.”

It is impossible to talk about The Girl Who Was Saturday Night without drawing parallels to O’Neill’s spectacularly successful first novel, Lullabies for Little Criminals, which won Canada Reads 2007 and was a finalist for the Governor General’s Award for Fiction and the Orange Prize. Both books have a powerful narrative voice that grabs the reader on the first page and does not let go. Both books present the seedy side of urban living without judgment. And both involve imperfect parenting relationships. A third-generation single parent herself, O’Neill says that in her new book, she “wanted to explore that dynamic where you have a faulty, funny, scrawny family tree, where one side of the family has too much influence.” Étienne Tremblay is a terrible father to the twins, their mother is not merely absent but unknown to them, and Nicolas, who accidentally fathered a child with an old girlfriend, is proving to be a slouch in the parenting department as well. “I wanted to see how Nouschka and Nicolas would deal with that inheritance, trying to make families of their own,” O’Neill says. “They are flawed. They have inherited their family’s strengths and weaknesses.”

Much as it was in Lullabies for Little Criminals, Montreal itself is a central character in The Girl Who Was Saturday Night, though O’Neill warns that the city’s newer residents might not recognize her descriptions of it. The section of boulevard Saint-Laurent on which O’Neill lived in the mid-1990s and which served as inspiration for the book (at the intersection of rue Sainte-Catherine) no longer really exists, she says, both because of development in the area and because the neighbourhood culture has changed. “I used to know everybody walking down the street. Everybody seemed to know everybody. It was before the Internet, so a street corner culture still existed. I didn’t have a phone, I never locked my apartment door, and I slept in my boots.”

Cats wend their way anthropomorphically through The Girl Who Was Saturday Night. A cat that has just been impregnated lays on Nouschka’s bed “reliving the evening nervously in her mind.” A cat tiptoes down the hall “like a naked girl heading to the bathroom after she’s had sex in an unfamiliar apartment.” Of a black cat that has the permanent look of having been struck by lightning, Nouschka says: “his thoughts were broken things.”

“There was this catnip tree on a block where I grew up. Every morning it would literally be filled with cats and they would lie around stoned and crazy. That kind of mirrored the human life that I grew up around,” O’Neill says. “The cats have the same sort of feral, aristocratic, out-all-night quality of the Tremblays.”

The most extraordinary aspect of The Girl Who Was Saturday Night is the language, which is simple, poetic, and insightful. The book is heavy with simile evocative enough to delight a high school English teacher (“beer bottles trembled in the [fridge] door, like kids lined up for the diving board”) but racy enough – this is Heather O’Neill, after all – to keep it out of the classroom (“the belt slid from the loops of his pants like a snake through grass”). As in her previous work, O’Neill shows her rare talent for using simple language to illuminate truths of human behaviour. “It must be nice sometimes to have an all-consuming philosophy that includes not really caring about anyone other than yourself,” Nouschka observes when her father lets her down yet again. “I don’t think that I could write a character that didn’t have a unique and odd language, because it mirrors the way that I like to write,” O’Neill says of Nouschka. “I choose characters who will allow me to do dangerous acrobatics with words and think unusual thoughts and have odd insights.”

Where does the character end and the author begin, the reader wonders, when Nouschka says that she wants to study literature because “it exposes everything,” because writers search for “secrets that [have] never been mined”? “Every writer has to invent their own magical language, in order to describe the indescribable,” explains the Francophone character, written by an Anglophone author, set in a fragmented province. “They might seem to be writing in French, English or Spanish, but really they were writing in the language of butterflies, crows and hanged men.”  mRb