A review of The Love Monster by Missy Marston

The Love Monster concerns the life and times of one unfortunately named Margaret H. Atwood. Unfortunate because this Margaret is not illustrious, celebrated, or even especially appreciated for anything besides her proofreading abilities at the insurance company where she works; the name is just another daily reminder of how important she isn’t. This Margaret has split with her cheater-pants husband, deeply offended a co-worker, and alienated her family and friends; she  seems to be on the brink of a midthirties existential
crisis. She’s not completely incapacitated by depression, but like Bartleby, the Scrivener’s title character, she would “prefer not to”: not attend a mandatory office workshop on tolerance, not talk to her mother or friends, not leave the apartment for any reason other than to check documents at what she spitefully calls “the button factory.” Fortunately for Margaret, author Missy Marston has arranged a diverse and provocative cast of characters and situations to yank her out of her doldrums.

One of Marston’s best tricks is turning the sympathy lens back and forth, showing the pocked, reflective surface of a character as seen by Margaret, and then tilting the view so we’re peering into that character’s murky depths. Margaret’s bitchy, hilarious sum ups of everyone she meets (she refers to one particularly hated woman as “Chiclet” because of her squeaky white teeth and saccharine bearing) are countered when, in later chapters, their psyches are delicately unpeeled, revealing their particular human damage. Such generosity is surprisingly rare – too often writers rely on straw men and caricatures to set off their main character’s authenticity. But every potential “type” in this book, from the kooky mom to the loser boss to the uptight Christian girl, is shown, finally, to be a person worthy of sympathy and respect; all except for Brian, the cheating husband. A pedophile who preys on girls at a church youth group gets more sympathy than poor old Brian. But even he gets a happy ending, of sorts. 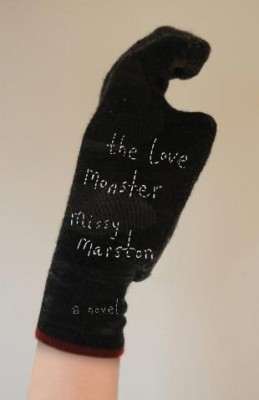 Marston’s prose is unfailingly charming. She’s mastered the voice of pissed off, sulky, self-effacing, vitriolic Margaret, a character who would be unbearable if she weren’t so delightful to read. Her observations are wry, funny, and often moving and insightful. With the exception of a few Miranda Julyesque flights of fancy (even Miranda July can’t pull off Miranda July all the time), the chapters move forward compellingly.

There is, however, a grain of feel-good at the heart of this novel that keeps it from being truly gratifying. How to explain this? It’s not that literature necessarily requires cynicism or pessimism or tragedy to be fulfilling. But there is something a little too pat, too ready-made, in Margaret’s eventual redemption. She overcomes some obstacles, learns to see
and love people for who they are, opens her heart, and by the end everyone is bathed in a warm Vaseline-coated glow. It’s a little too Movie of the Week, and a little disappointing for a novel that otherwise seems to revel in life’s complexity and the lack of assurance that everything does indeed get better.

And there are aliens. Why aliens? They seem like a device to zany up an otherwise plain-Jane story. (Reviewer’s note: there’s nothing wrong with a plain-Jane story if it’s told well. Please spare us the zany devices.). Or, they take the place that God (or the author) occupies in other books: an unknowable, mostly unseen presence that has a happy ending in mind, but that puts us through the wringer to get there.

And, as we all know, it’s the wringer that we want to read about, not the spotless garment that comes out the other side. But Marston gives us enough of both to make it worthwhile. mRb