Teetering on the Edge

A review of The Music Game by Stéfanie Clermont

If you came of age in the early to mid-noughties in Montreal, you’ll most likely recognize a piece of yourself in the cast of characters inhabiting Stéfanie Clermont’s debut novel, The Music Game, translated to English by JC Sutcliffe. There’s Sabrina, who drinks too much, perpetually bounces between different jobs and homes, and is obsessed with someone who seems too cool to be real. There’s Céline, the most privileged, but the most passionate about her radical anarchist beliefs, who spends more time arguing about politics or scrolling through articles than acting on her principles. There’s Julie, a tattoo artist cast aside by her friends for not sharing the same pseudo-revolutionary ideals. And those are just three of the people we meet from a large social circle, buzzing confusedly around shared apartments in the city where, as Clermont writes: “There is no life except for human life. There are no lakes, rivers, forests. There are no deer, clearings, fish. Just a few stars one night in ten. It fucking stinks. The tap water tastes of chlorine.”

The Music Game is a compilation of short stories, yet it reads like a novel – like you’re following the lives of these people through small, random vignettes that play out like a highlight reel of trauma and uncertainty. Forget any notion of millennial superficiality; Clermont focuses on the very real fears and problems of this group of twenty-somethings. She sets the tone from the get-go with a prologue describing the suicide of Vincent, who kills himself in an empty lot where the friends used to all hang out and swim. Clermont doesn’t bother with the fun and frivolous side of growing up, but rather focuses on the panic that settles in once the party is over, once your twenties go from feeling like you can change the world to feeling like you’re too late. “I already felt old, I felt as though I’d missed the boat and that underneath my appearance of freshness and health I was actually rotting away,” thinks Sabrina. 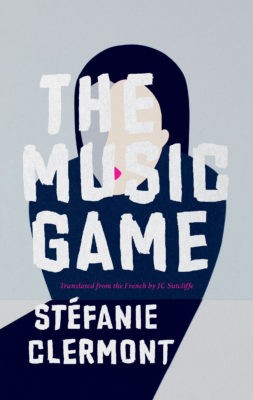 Unemployment, alcoholism, poverty, sexual and physical abuse, depression, racism – these themes are all addressed in stories that vary in length, travel in time, and swap narrators so quickly that it might take you a few pages before you realize whose perspective you’re now reading. The short story format allows Clermont the freedom to forego minute narrative details that might be essential to a more linear novel. For example, one of her characters, Jess, simply goes from he to she in the same chapter. “Jess is proof that life doesn’t stand still: it grows and it sheds its skin,” writes Clermont.

Heavier chapters, like one depicting single mom Kat lying at the bottom of her shower after her boyfriend beats her, are followed by excerpts of songs and poems or tiny stories that read like the author’s fleeting thoughts or dreams, as if she’s giving her readers a break before carrying on. Despite this fragmented structure, Vincent’s suicide connects the dots. He appears in several stories: alive and joking with the others after an all-nighter, or morose and slumped on the floor drinking beer alone. Whenever all the characters are together, so is Vincent, even at his funeral, punctuated by the playing of Robbie Basho’s melancholic “Orphan’s Lament.” The song is quoted earlier on and returns at the end, closing a story that gives this book its title. I couldn’t resist playing it as I finished reading; Basho is wailing, and the song is both dramatic and mournful. That’s not exactly how I felt at the end of The Music Game. Clermont is relentless in her writing, and pain seems to await these characters at every corner, but by concluding this way, with everyone together and alive sharing music and stories, she’s showing us that, even for a generation often teetering on the edge, there is beauty, and friendship, and hope.mRb