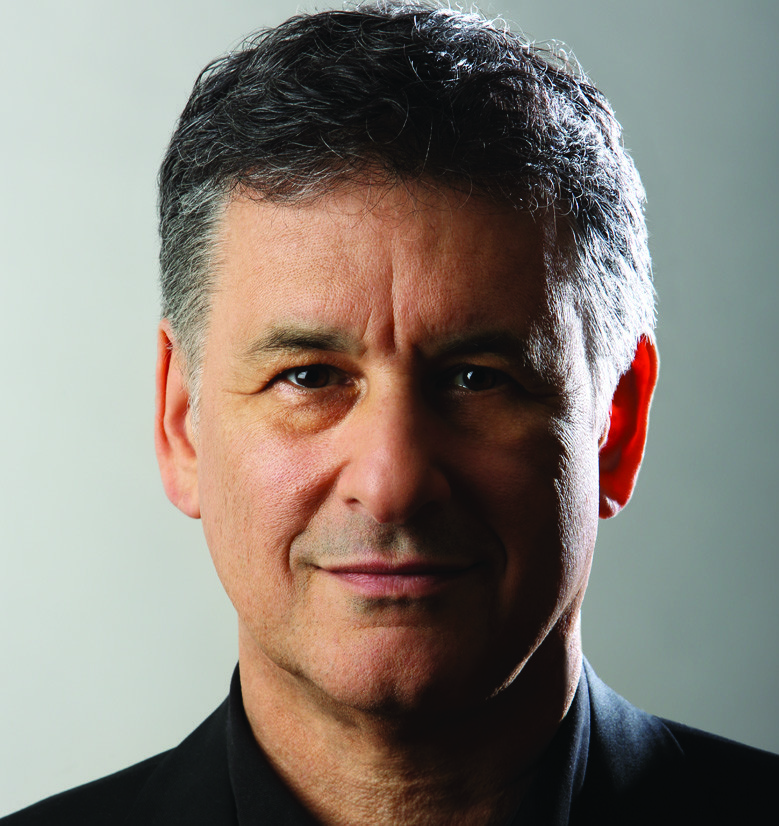 A Penchant for Order

Confusion isn’t a reaction you’d expect from a cognitive psychologist. But Daniel J. Levitin, the James McGill Professor of Psychology and Behavioural Neuroscience at McGill University and the author of the bestsellers This Is Your Brain on Music and The World in Six Songs, was clearly confused when I showed up at his home in Outremont.

We were meeting to discuss his new book The Organized Mind: Thinking Straight in the Age of Information Overload. Or so I thought. It seems there was a mix-up. Our appointment was nowhere to be found on Levitin’s busy schedule. For an instant, anyway, he wasn’t sure how to categorize me in his highly organized mind. I was either in the right place at the wrong time, or he was. Of course, given the way Levitin’s brain works, and always has, it was unlikely to be the latter. 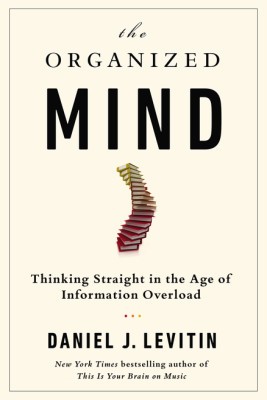 Levitin’s penchant for order started early. “In the third grade, my teacher asked me to go into the supply closet to get something she needed. I noticed right away it was a mess,” Levitin told me once he’d made time for me. “There were things of the same kind spread out across all the different shelves and levels. I had already arranged all my books at home in what seemed to me a logical way. I’d even put little catalogue numbers on them. It was my own seven-year-old’s version of the Dewey Decimal system. So I asked my teacher if I could stay after school and organize her closet. I found I liked doing it; I liked the different ways things could go together.”

That’s one origin story for The Organized Mind, a meticulously researched and deftly written study of how our brains organize, categorize, and make sense of a multitude of data. Levitin’s book was already number one on Canadian bestseller lists and number two on the New York Times bestseller list when we met in September – lists whose very existence is no doubt related to the fact that we all have more data than ever to organize, categorize, and make sense of.

“In 2011, Americans took in five times as much information every day as they did in 1986,” Levitin writes in his opening chapter on “the history of cognitive overload.”

The range of subject matter in The Organized Mind is appropriately wide as well as eclectic. But the book didn’t start out that way. When Levitin began working on the manuscript four years and some forty drafts ago, his main focus was considerably narrower.

“The idea was to write a history of filing cabinets (Where did it come from? What came before it?), combined with the latest research on how our brains organize memories and create categories,” Levitin said. “Filing cabinets were fascinating but it turned out I could tell that story in a few pages.”

So he did, devoting the rest of The Organized Mind to exploring everything from why we’re always losing our keys to how World War II’s D-Day operation succeeded against the odds.

“The secret to planning the invasion of Normandy was that, like all projects that initially seem overwhelmingly difficult, it was broken up deftly into small tasks – thousands of them,” Levitin explains in his chapter on time-management. “This principle applies at all scales: If you have something big you want to get done, break it up into chunks – meaningful, implementable, doable chunks.”

Taken as “a chunk,” the blend of analysis and advice in this passage is a telling example of the distinctive strengths of The Organized Mind. Levitin walks a fine line between presenting the latest research in neuroscience and popularizing it, between being descriptive and prescriptive. Like his first book, This is Your Brain on Music, The Organized Mind is at its best explaining science to the “average reader.” It’s also intended to be practical, without being a self-help book.

In 2011, Americans took in five times as much information every day as they did in 1986

“I’m a scientist, self-help is not what I do,” Levitin said. “If The Organized Mind was going to have tips, I wanted them to be grounded in science.”

Or math, in the case of “Organizing Information for the Hardest Decisions,” one of the book’s most compelling and sure-to-be-useful chapters. Indeed, Levitin devises a kind of logarithm for dealing with life-and-death medical decisions, a formula that begins with him encouraging readers to become “the CEO of their own health care.”

Another useful tip from The Organized Mind: no multitasking. That uniquely contemporary activity is, according to the latest scientific evidence, a disaster of misguided effort. According to neuroscientists, multitasking not only causes information “to go to the wrong part of the brain,” it plays havoc with our ability to make effective decisions.

Still, it would be easy to mistake Levitin’s own surplus of interests as a kind of multitasking: he dropped out of university as a young man to pursue a successful career as a session musician, music producer, and music journalist; then, a decade later, he dropped out of the music business to earn a PhD in psychology.

“For the past few years, I’ve been playing music professionally, running a lab, writing books, and teaching. It’s true that I’ve always pursued two or three different interests with great enthusiasm, but it’s not multitasking in the main definition of the term. I try to structure my day so I’m never doing more than one thing at a time. Think of it as multiple tasking,” Levitin said. And if his interests – in music and neuroscience, for instance – connect in interesting and surprising ways, you could argue the same is true for the connections in the brain that Levitin has spent a life- time studying. The Organized Mind is all about the unlikely, sometimes unexpected links between disparate things: from how our memory really works to the real reason we keep junk drawers. (The common denominator: junk drawers counterbalance the profound unreliability of memory.)

For all its advice on effective time-management and organizational skills, The Organized Mind also makes room for serendipity. The more information we have easy access to, the more important it becomes not only to filter out what we don’t need to know, but also to figure out what we want to know. According to Levitin, “the twenty-first century’s information problem is one of selection.”

Levitin practiced what he preached while writing The Organized Mind, allowing himself to be guided whenever possible by serendipity. He did research in libraries and not exclusively on the Internet, often discovering books and ideas he wasn’t looking for and didn’t even know he was interested in. “The thing about Google and Wikipedia is that they take you exactly where you want to go. I found I didn’t always want to take the direct path.”

One indirect path led to Joni Mitchell’s backyard. “I met her about 15 years ago when I interviewed her for Grammy magazine. We just hit it off.” Then when Levitin was working on The Organized Mind, Mitchell invited him to visit her new home in B.C. Another bit of serendipity. “I wrote while she painted,” Levitin said.

Mitchell, the perfect example of what Levitin calls HSPs in the book or “highly successful people,” also proved to be an exceptional role model for the art of multiple tasking: doing one thing at a time and doing it well. mRb