A review of The Original Face by Guillaume Morissette

Guillaume Morissette’s second novel The Original Face follows twentysomething protagonist Daniel Kerry’s travels through the contemporary gig economy, dramatizing the state of precarious employment experienced by many young people today. Loosely based on events from the author’s life, The Original Face is written in the flat style Morissette developed in his 2014 debut, New Tab, which was shortlisted for the Amazon.ca First Novel Award. Morissette writes in short declarative sentences that are low on lyricism and high on references to contemporary culture. Instead of describing the world, Morissette focuses squarely on his narrator’s interior life, one lived as much online as off.

The novel has a picaresque quality as we follow Daniel’s search for work in Montreal, then Toronto, and back again. He also attends art openings, goes to parties, and watches reality TV and porn online. Daniel is a web designer but his working life is all over the map. He freelances, works short-term jobs in offices, call centres, and retail, and even dog-sits for cash. Seldom adding up to a living wage, these contracts offer diminishing returns. For Daniel, the anxiety of searching for the next micro-job never lets up, and the impermanence of his work life seeps into his personal relationships. He is estranged from his family and his social sphere is populated with “single-usage friends” who, like new cell phones, have their obsolescence built in. 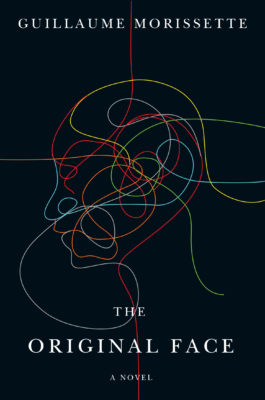 As a digital native, Daniel has a black belt in irony, and inhabits a world where high and low culture have been sublimated into an amorphous cloud. To Daniel the Transformers films are no more or less authentic or meaningful than Zen Buddhist teachings. But what does matter to him is making art and being an artist (he distinguishes between the two). His perpetual quest for employment is frequently complicated by his sideline as a “post-internet” video artist, exhibiting GIFs made from video games online and occasionally in galleries. Despite struggling with creative block, negative reviews, and a distaste for the work of his peers, he is relentlessly devoted to this vocation, an “art junkie” who sinks his time and money into an uncertain métier.

Prioritizing his art practice, Daniel lives frugally and avoids work as much as he seeks it. And while he views his choice to be broke as a sign of freedom, his lack of income also constricts him. In order to save on metro fare, he walks twenty blocks to a karaoke bar in the pouring rain, and as his diet suffers, he begins to envy the nutritional quality of his cat’s food. He is helped by his friends, his long-suffering girlfriend Grace in particular, who feeds him off her plate at restaurants when he refuses to order a full meal. Daniel’s romance with Grace is the emotional core of the novel: although he loves her, his refusal to compromise hinders their relationship.

The novel is peppered with witty party dialogue and observations by Daniel and his friends about contemporary relationships, the absurdities of work culture, and digital everything, but the novel is at its most compelling when Morissette’s narrator moves away from the nightlife. When he gives up booze to save money, Daniel realizes how much he was using it to self-medicate his social anxiety, and attempts other ways of healing himself. Similarly, when he visits Grace’s family in Newfoundland he finds himself in a place where his cultural references are meaningless, and instead performs the role of the slightly goofy boyfriend- from-away admirably. In these moments, Daniel grows beyond his limited world view.

The Original Face made me think a lot and there is plenty to unpack here. The novel portrays the lives of the young precariat, and examines how one individual makes meaning for himself in the twenty-first century. The Original Face is an ultra-contemporary reminder that life is always a work in progress. mRb