Time May Change Me

Time May Change Me

P.J. Bracegirdle, a.k.a. Paul Blackwell, is a high priest of the creeps. His talents for scaring the pants off children are well displayed in the picture book market with The Dead Family Diaz, for 8–12 year-old readers, with The Joy of Spooking Trilogy, and now with his latest Young Adult release, Undercurrent. 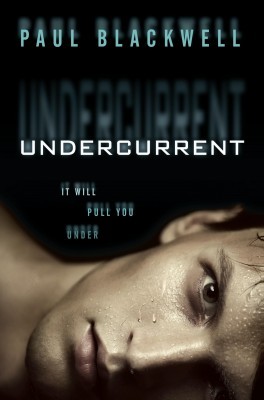 Blackwell wastes no time and cuts straight to the weirdness. In the prologue we are given the central image of the novel, a young man, lying on his back as though in a coffin, going over a massive roaring waterfall. On page one, first-person narrator Callum awakens in darkness, unable to speak, move, or see. On page six he feels the sharp jab of a needle in his arm and hears a woman whisper in his ear, “I hope you never wake up.” On page ten his best friend tries to suffocate him with a hospital pillow.

The world Callum eventually wakes up in is familiar in some ways, but horrifyingly different in others. His brother Cole, a cocky jock in Callum’s memory, is now paralyzed and dependent on a machine to keep him alive. The town of Crystal Falls has gone from being a natural attraction to looking like a rundown one-industry town with a toxic river running through it. Perhaps scariest of all, Callum himself has transformed, from a cute, earnest, and occasionally feisty sixteen-year-old to Crystal Falls’ resident bad-boy jerk.

Undercurrent follows Callum’s quest to untangle the world he left behind from the world he finds himself in. Along the way, he gets betrayed, abandoned, threatened, and beaten up. And there are plenty of bad guys – Ross the sexual predator, Ivy the duplicitous golden girl, the mysterious Mr. Schroader. And just when you think our narrator is about to succumb, there’s a nice girl named Willow who tries to help him out.

Callum’s struggle to understand his new reality and find a way back to his own world is central to this novel, so it is disappointing when Blackwell lets this storyline falter at the end. While a range of reasons for Callum’s inadvertent trip are offered – quantum mechanics, a metal cylinder with a blinking red light, a portal near the falls – there is never any convincing elucidation of how Callum ended up in hell. Perhaps this was done to leave room for a sequel, but a novel with this many delightfully unsettling twists and turns and thrills and chills deserves an equally satisfactory ending.

Thirteen-year-old girls have a lot on their minds these days. It is impossible for them to escape the incessant images that tell them exactly how they should look and how they should be.

The three narrators of Lori Weber’s new novel Picture Me, are as smart, sassy, and insightful as thirteen-year- olds can be. Weber’s narrators – Krista, Tessa, and Chelsea – are capable of great kindness and horrifying cruelty. They are also children, too young to have any power over what is being done to them. But thirteen-year-old girls can do great things and Weber sin- cerely wants to shine a bright light on the potential and passion of girls at this seminal moment in their development.

From the very first chapter, the three young narrators draw us in, but as the book progresses they become more static and predictable. Krista, Tessa, and Chelsea enact the well-worn “female” roles of martyr, mother, and whore. Krista is killing herself with diet pills. Tessa is saving Krista, protecting her little sister, helping her mother, and befriending the school misfits. Chelsea is torturing the weak and being used by the more powerful. 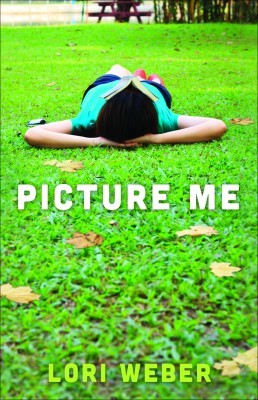 In the section where Krista describes, in third person, what it feels like to be the fat girl at school, the book sings. But moments like this are undermined by the use of language that doesn’t fit the character. Would thirteen-year-old Tessa really say, “I felt bile rising in my throat”? Would Krista say, “I dreaded being chosen”?

Weber has written a novel set in the present with references to bombs in Afghanistan and Lindsay Lohan’s latest antics. But when Chelsea takes an un- flattering photo of Krista and then as her act of cruelty puts it up at school, we feel like we are back in an episode of Degrassi circa 1980. In the age of Twitter, Facebook, and Instagram, bully- ing has achieved a much more despica- ble level of sophistication.

Lori Weber’s intentions are admirable. Her challenge now is to convincingly build characters that reflect and inspire the complex realities of girls living in our world today. mRb