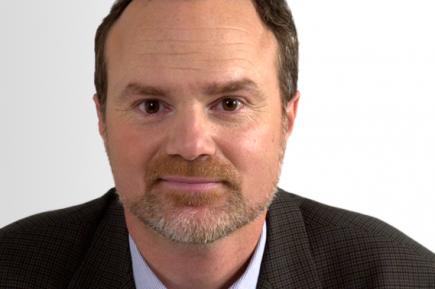 André Pratte is the editor-in-chief of La Presse. He is the author of five books on politics and the media, including a biography of Quebec Premier Jean Charest titled Charest: His Life and Politics, and an exchange of correspondence with sovereignist Joseph Facal titled Qui a raison? His newest book, Wilfrid Laurier, is part of the Extraordinary Canadians series, published by Penguin Canada and edited by John Ralston Saul, that aims to provide historical insight into our own times.

Anne Lagacé Dowson: How did you first encounter Wilfrid Laurier in your own life, before becoming a journalist and biographer?

André Pratte: I knew that Laurier had been the first Francophone to be Prime Minister, that he had said that the twentieth century would be Canada’s century, and I knew streets, schools, and a University were named for him, but that’s about it.

Near Saint-Roch, which was the workers’ area of Quebec City at the time, you find on a very dirty street, a statue with just the name “Laurier” – no explanation. That started me thinking how strange it is that this man is almost forgotten. A man who was so important, you know: Leader of the Opposition for more than thirty years, Prime Minister for fifteen years, at a very important juncture of our history. For French Canadians at the time he really was a hero. In most houses at the time, French Canadians had a picture of Laurier. He was nearly a god.

ALD: I’m trying to think of an analogy – kind of like Rocket Richard?

AP: To understand why Laurier was so important you have to realize that Canada at the time existed on paper, but there was no nationalist Canadian feeling. Canada had been a bill written by business people and lawyers. Most people thought that Canada would be forever a British colony, and that English would be the dominant language. What French Canadians liked about the federation was that at least they would have their own government, the provincial government of Quebec, which would be French. So the fact that thirty years after Confederation a French Canadian would become Prime Minister of this huge English country was something totally unexpected on both sides. Only that makes Laurier extremely important. The fact [that] he achieved this changed the country forever.

ALD: He was of the view that a Canadian identity needed to be created – Catholic, Protestant, English, French, and inclusive – a radical idea at the time. And he was a great orator. Have you seen any footage of him speaking?

AP: There is a bit of film at the National Film Board when you can see him for about five seconds. Some people have told me that there is a recording of him, but no one has found it. To me that was very frustrating. I am a journalist, I am not a historian, and it is very important to me when I write about someone to see him and hear him. There are all kinds of things written about Laurier, especially by his adversaries, things like when he spoke French, he spoke with an English accent, and when he spoke English, he spoke with a Scottish accent, because he learned English with a Scottish family when he was a child. His father, even [though] he was a nationalist and a “Rouge,” thought it was extremely important for his son to learn English. So Wilfrid was sent twenty miles from the village of Saint-Lin, where he was born, to an English village school for two years, and this is where Laurier became nearly perfectly bilingual. He learned that English-speaking people were not the devil incarnate, as many people thought in French Canada, like the Catholic Church was repeating all the time.

ALD: So is that the genesis of the idea that you could be both English and French and have a foot in both worlds and both cultures?

AP: Yes. And what makes Laurier so important, and, strangely, what has been forgotten, is he knew that those tensions between French and English, Catholics and Protestants, would always remain. [But] he thought people should realize that they shared common principles: the rule of law (Laurier was a lawyer by training), the British Parliamentary system. When he became Prime Minister he went to London, to resist attempts of the British government of the time, to have colonies participate in military conquest. He impressed the English press – the British papers were full of stories about Laurier and what a great speaker he was. When Laurier came back from this long European trip, he was greeted as a hero by both French and English Canadians. Thousands in Quebec City and Montreal turned out to greet him. That was a great achievement.

ALD: He was called the great conciliator and a silver-tongued orator – he also hewed to something called the “sunny way”?

AP: The sunny way comes from a fable where the sun and the wind compete to try and get a man to take off his coat. The wind blows and blows, and the man just keeps his coat on. And then the sun says, “wait a minute I’ll do it.” The sun shines and shines, and it becomes so hot that the man takes off his coat. Laurier said that his way was not blowing and blowing, being angry and threatening, “my way is the sunny way” – that is, dialogue, compromise, understanding, tolerance. It is a difficult way because you are stuck between extremists. Laurier was seen by many French Canadians as a traitor, too ready to compromise, while many English Canadians thought he was taking Canada away from the Empire. Laurier was inspired by Abraham Lincoln – you know this famous letter by Lincoln to a New York journalist in which Lincoln says “My priority is to save the union. If I can save the union by freeing all the slaves I’ll do so, but if I can save the union by freeing none of the slaves, or part of the slaves I’ll do that.” And the priority for Laurier was to have Canada remain a united country. If Canada didn’t endure it would be a problem for both English and French Canadians, who would probably become part of the United States, and [in the case of the French] lose their language and their religion.

ALD: What would Laurier think of today’s political situation?

AP: He was hopeful that the sunny way would eventually diminish tensions between English and French Canadians. And they have diminished. If you read the newspapers of that period there was a lot of prejudice, and while there still is today, it was much worse at that time. He would be disappointed to find that there is a separatist movement that is still quite powerful. I think he hoped that the country would become more and more united. He said in one of his speeches that we will hear less and less about Ontario and Quebec, and more and more about Canada. He would be disappointed. But this doesn’t mean that his way doesn’t work. If we had had more Lauriers over the years we could have made a few more strides towards a more united country. mRb

Anne Lagacé Dowson is an award-winning radio journalist who was a long-time host of CBC Radio’s “Radio Noon.” Her column Bloke Nation appears in Hour Community.