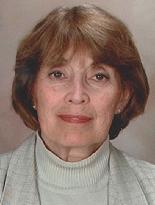 Sylvia Weisler, age thirty-three, published writer of a book of poetry, is tackling a new subject in earnest. Her next book will be about newspaper-based personal ads, she has decided, and in order to write a fully informed, hard-hitting account of what “these ads reveal beneath the cloak of words,” she will place a few of her own as bait, some masquerading as the real thing and one revealing her to be a writer in search of interviewees. Will she be able to do it? She herself is unsure and confesses as much in such a lovely, warm voice that readers feel they know her straight away. She is like a brainier, artier version of Bridget Jones: charming, self-deprecating, slightly dense when it comes to her own relationships, and entirely likeable.

And so we dive into the world of Writing Personals, an original, highly readable debut novel, by Toronto-based author Lolette Kuby, that is perfect to curl up on the couch with. The book is composed of short (one to four pages), snappy chapters with descriptive titles, which are themselves, in a way, like personal ads: concise and highly informative. Deliciously, Kuby opens the book by flirting with the line between fact and fiction. The front cover announces a fore- word by Gladwell Alcox, who is quoted on the back cover as well. Within a few pages, however, we realize that he is, in fact, one of the characters, and smirk along with the clever Ms. Kuby.

Kuby, who taught English literature at Cleveland State University before moving to Toronto ten years ago, has previously published three books of poetry and two collections of short stories. She confesses that when it comes to personal ads, she is not writing from experience, despite being single herself. “At some point I placed a couple of personal ads and they turned out to be pretty inconsequential, but I know that’s not the case for other people.” She sees the appeal, though. After people graduate from college or university, she says, meeting people becomes more difficult. “So many jobs are largely one sex, like stockbrokerage or elementary-school teaching. So people would go to bars. And then advertising took over.” She chose newspaper-based personal ads over Internet dating to “limit my universe,” Kuby explains. “With [Internet dating], it’s just too vast … so I chose a much more limited print medium.” In addition to keeping the action in Toronto, she wanted to focus on a particular demographic: “older people, middle-aged and over.” Also, “there is a kind of seriousness to it. [You have] to put something on paper and go to the trouble of putting a stamp on it and mailing it.”

Writing Personals is at its most whimsical in the first forty pages as Sylvia and her friend and former university professor Gladwell argue (making their cases directly to the reader, one chapter at a time) about the logistics of the research – what ads to place, how to answer them, and how to verify the respondents’ veracity. Perhaps the most fun of all is Chapter 4, in which the narrator explains why she chose the words she did in the personal ads she has placed. For example, from the personal ad for “Older Woman”: “It took me fifty years (She admits her age because she wants older men to respond) and three husbands (Men like women who are attractive to other men) to learn how to please a man. (I thought ‘please a man’ was brilliant. It informs the next man that he will find her sweet or feisty or pliable or tough, sexy or tepid – anything he wishes).”

“To me, if you’re writing a personal ad, whether you’re conscious of it or not, every word is important,” Kuby explains. “Maybe it’s my poetry background,” she muses. “There’s rarely a plot to a poem, so it’s the language that carries everything.” That said, she believes there’s a limit to how much people should rely on personal ads and on written correspondence when forming an opinion about someone. “At least at a bar or a nightclub you know how the person dresses, what their voice sounds like, how they move their hands. Even though I’m a writer and am in love with words, it’s still a really good idea that people can smell each other.”

After a promising beginning, we encounter a few peculiarities with Writing Personals. We realize that Sylvia has no girlfriends, which is odd for a single woman in her 30s; in fact, she seems to have no friends at all save Gladwell, her publisher, Harry, and her research assistant, George.

Over time, the incredibly strange characters Sylvia meets challenge the reader’s suspension of disbelief. Virtually all the women respondents are kooky; nearly all the men are adulterous. Is it possible that Sylvia manages to find all of the following: a porn-writing Jewish lesbian; a graphologist; a woman who believes she has been reincarnating and reunit- ing with the same man since Paleolithic times; a group of men who meet regularly to applaud the use of personal ads for adulterous means (that they do it is plausible, but to meet and talk about it?). Sylvia’s publisher himself comments, “I didn’t expect this book to contain such bizarre stories.” Sylvia admits that she is answering only the “most interesting letters,” yet when she attempts to answer one of the run-of-the-mill ads, she comes face-to-face with her ex-partner, estranged from her these last five years. What are the odds?

Perhaps the greatest disappointment is that the author moves away from the book’s original premise and starts to describe Sylvia’s newfound friendships with two of the people she meets through the ads. The book takes a bizarre political turn when Sylvia develops qualms about one of the friendships (with the trophy wife of a Fortune 100 CEO). In one ridiculous passage, the CEO readily explains that he is part of a conspiracy in which top corporations have partnered with evangelical preachers to brainwash the public and “influence the election of the friends of the corporate system … even one of us as president of the United States.” Sylvia’s response is a cliché: “Images flashed in my mind of black children with swollen bellies lying on the ground in Sudan …”

Writing Personals strikes the most resonant notes when Kuby’s characters share sage insights into friendships and romantic relationships. The most touching example is one character’s argument that the most compelling reason to marry is to have someone who is your equal be a witness to your life. “You are truly alone … if the only memory that contains your past is your own,” the character notes.

We also hear from characters who argue that personal ads turn us into commodities (“One says, ‘Here’s what I want to buy.’ And the other says ‘That’s just what I’m selling’.”) and from others who propose that personal ads are merely “the way destiny operated in current time.”

“I’ve never really put a value judgment on it,” Kuby says of the use of personal ads and the relationships that grow out of them. But perhaps, she says, their deliberate nature might actually make the resulting relationships more successful. “A lot of times when people get married or get involved with someone, they haven’t made up their minds: I will love this person. They’re kind of like ‘Yeah, I love him but something might happen that will change that.’ Maybe loving someone is just the intention of loving.” mRb