The story dazzles with tight, pithy writing and accurate historical details that are smoothly woven in. Even without his father, Joey is committed to doing everything he can to make the grocery store his family owns a financial success. Each chapter opens with a historical newspaper quote about Robinson – creating a sort of parallel between Joey and Robinson’s trials (Robinson faced opposition and racism that season and beyond). They also help paint a picture of what it could have been like to live in the city during that momentous baseball season. 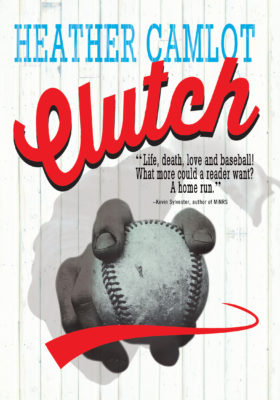 There’s a genuinely touching moment when Joey and his brother David finally get close to Robinson, and an impressive account of the Royals’ Junior World Series victory. Camlot’s writing never lags or falls to generalizations: “I don’t even remember turning onto Park Avenue, but here I am, right in front of the angel statue. I look up at the mountain. The rising sun tears along Rachel Street, through Fletcher’s Field, and straight for Mount Royal, all that light making the leaves of the red oaks and sugar maples burst with the brightest reds and oranges and golds.”

Everyone is struggling to make their way, including a small-time criminal who tries to rope Joey into his shenanigans, and there’s a lot at stake. In time Joey comes to his own realizations about his dad, money, and friendship: perhaps in many ways, buying your seven-year-old super-fan brother peanuts and Cracker Jack at the ball game is pretty much as good as it gets.

It’s a notebook that takes us into the inner sphere of Ophelia, the protagonist of Charlotte Gingras’s eponymous novel, something the fifteen-year-old would not – or could not – otherwise allow.

Through written entries, sketches, and poems addressed to a writer who gives her the notebook, Ophelia shares her palpable pain. Secrets come out: an incident of sexual abuse, her complicated relationship with her mother, dealings with the “herd” at school. Credit is due to the translators for giving English readers access to Ophelia’s unique voice. 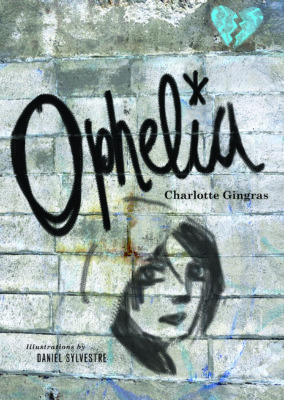 Although written in a stream-of-consciousness style, the short chapters are carefully crafted. Each contains black and white doodles, drawings, and collages that give visual life to Ophelia’s thoughts. Gingras’s descriptions of the abandoned building Ophelia comes to reluctantly share as a workspace with a schoolmate who calls himself Ulysses are particularly vivid: “The setting sun shone through the big grid windows. I sat on a stool, my back to the windows, staring at the wall in front of me. It was gray. I held a piece of white chalk in my hand and let the drawing that’s been inside me for so long bubble to the surface.” The building provides Ophelia with the kind of space, physical and figurative, she needs to create.

It’s painful to watch Ophelia push people away and hurt them with insults, especially Ulysses, who’s overweight and bullied. But it also makes the growing closeness between the two teenagers all the more satisfying. Although Ophelia’s notebook culminates in a love story, it doesn’t happen at the cost of her development as a person and artist.

“I’m discovering the light that exists in certain people,” Ophelia says. Her first love does all the opening and healing it should, as she and her boyfriend replace their idealized and theoretical notions of love and lust with the reality of one another. mRb